Image blocks anything that's underneath it to be shown

Normally, when putting a video clip over another in Davinci Resolve, the latter can be seen where the former ends if you move it out of the way. However, this doesn't seem to be the case when working with images. In the screenshot below, I have a png file on top of a mp4 file. I've shifted the position of the image and the black boarder represents part of the frame which the image no longer cover. However, the video underneath it still doesn't show up, which would be the case if I used two videos. What's going on here? 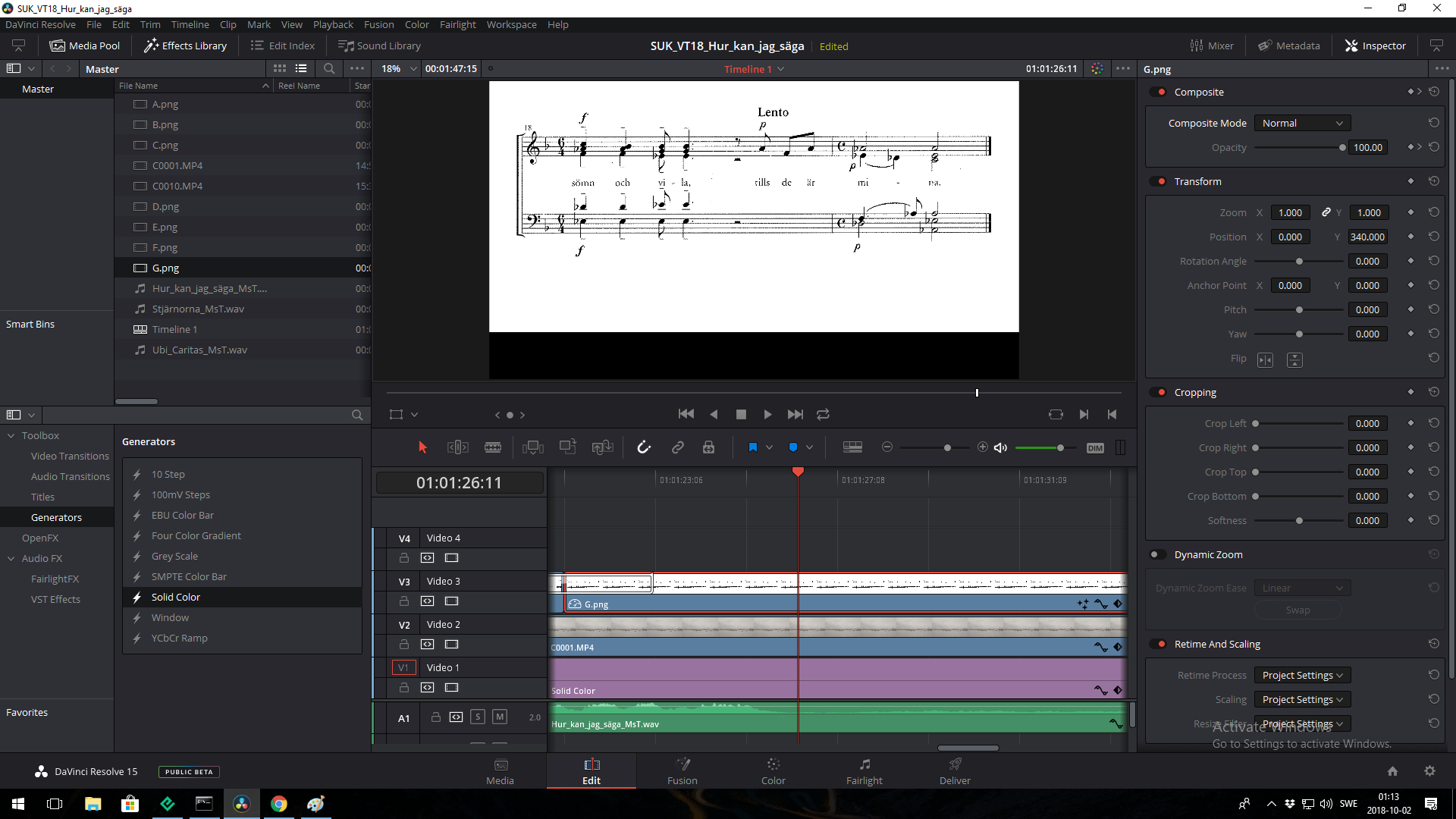 I've had Resolve behave unpredictably when using PNGs as watermarks. Does the same thing happen if you turn it into a JPG with the same resolution as your project?