(Newbie alert) Using DaVinci Resolve 16 free, I'm trying to create a video trick in which I tap a ball out of my laptop. The two clips I'm using are (1) laptop being tilted and tapped, (2) ball dropped on the table.

I made two attempts to combine the two using masking but the results are bad and I need advice. The main problem is the shadow cast by the laptop. Here are the two attempts, using Fusion: 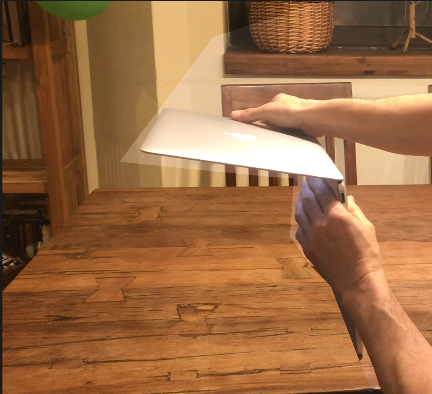 One of the biggest ironies of working with visual effects is that if you've done your work well, the audience won't notice the work you've done. Good effects appear effortless; the better the effect, the more effort concealment required. So when you ask, "Is there a better way?" the bad news is: Not if you're looking for an easier way.

The good news is: You're on the right track. You've done everything right so far, and all you need to do is add a little more polish to get the results you're after.

I think that one thing that will help a lot in your case is feathering the mask edge, which is definitely possible in Resolve/Fusion.

With a polygon or bspline node in fusion, you can either use the "Soft Edge" slider (easier) to feather the whole edge uniformly, or activate the "Make Double Poly" icon (more control), which is the capital letter "D" icon with double lines in the row of icons at the top of viewer whenever the polygon/bspline node is selected.

Press and hold the letter "O" on your keyboard while dragging one of the shape knots to drag out the feathering (it's fully sharp and hidden at first). Then, if your masks are animated, you can "Right-click-here" in inspector to animate both the inner and outer polygon edges. 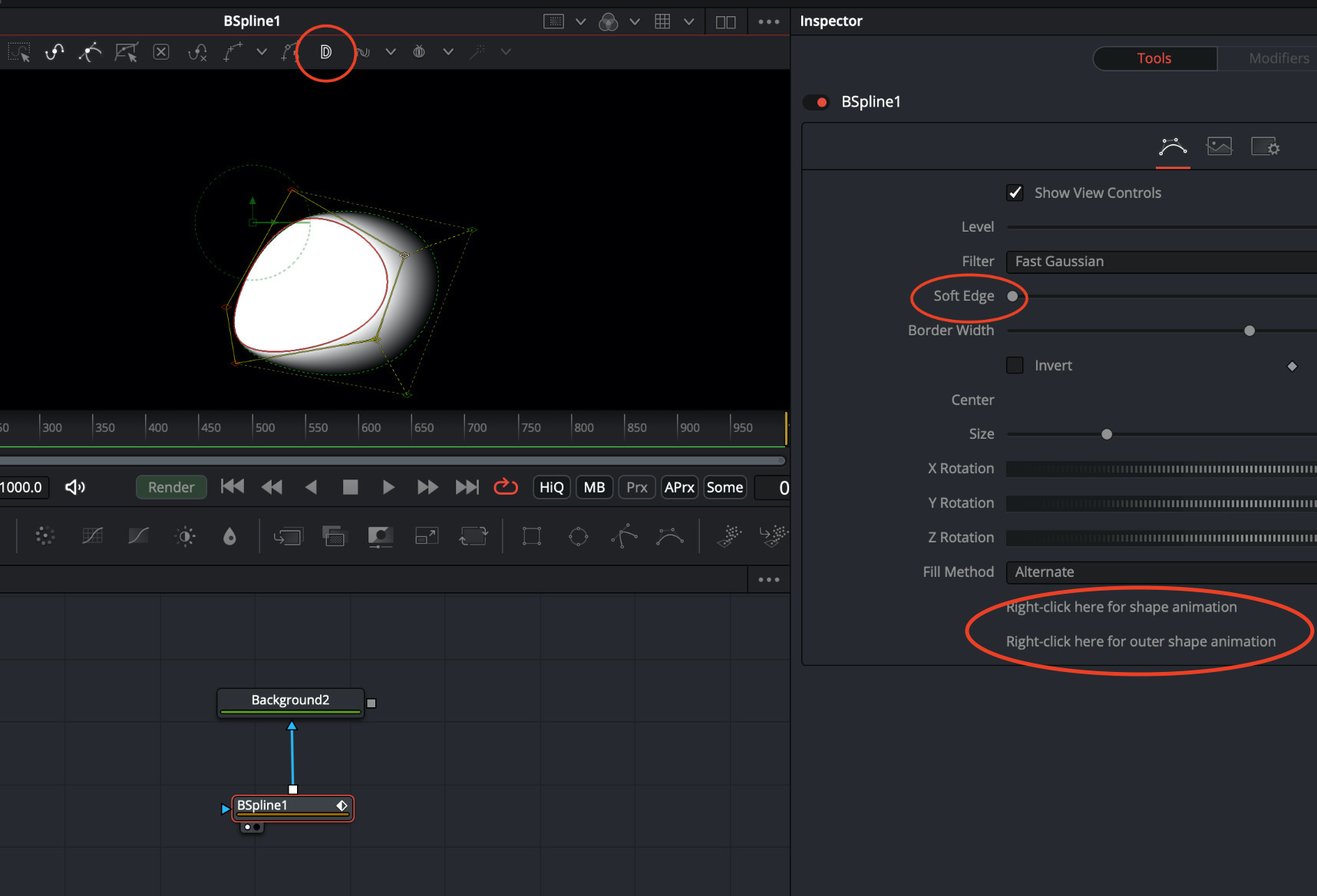 Speaking of animated edges, you say that you "did exhaustive masking over the tilting laptop." When you say "exhaustive," I assume that you mean you've animated the mask as the laptop moves. It's hard to know the right approach to this particular shot without seeing the moving footage, but it seems like you're on the right track. You should know that animating masks by hand can be counterproductive in some cases, and draw attention to your subterfuge, however. If the camera is completely stationary, and depending on the circumstances, there are certain times when it's easier and more effective to use a static shape.

The rest of the time, keyframing a mask by hand usually isn't sufficient by itself, and is often combined with other techniques to achieve the desired results.

One of those other techniques, would be to use a greenscreen. When a keyframed matte is combined with a greenscreen, the matte is called a "garbage matte" because it roughs out the unused portions of the screen, allowing the keyer to perform more accurately.

But since you're not using a greenscreen, the the other technique you might want to add into the mix is tracking.

If your footage is hand-held, and the laptop is moving organically (i.e., it's held by a person, not in freefall, following a parabolic arc, sitting still, etc), then a keyframed matte alone will never match the object's motion. In these cases, it helps to first track the movement of the object, using either DaVinci's Point tracker, or a planar tracker (which would be good in this case because the laptop is a flat plane) to do the lion's share of the work, and THEN keyframe misaligned edges, and finally selectively feather the result wherever necessary. It's probably not necessary to feather it much along the face of the laptop, for example, because that's a straight line. But the edge that overlaps the woven basket in the background would be difficult to conceal any other way.

And finally, since your question is about color correction, yes, getting the color of your foreground plate to better match the background plate as closely as possible will help sell your composite. There are some auto-match features on Resolve's Color page, but Fusion happens before Color in the order of operations, so you'll want to match the plates in Fusion as best you can. Since everyone's color vision is slightly different, it's best to not trust your own eyes when color matching. Use the waveform monitors and vector scope in Fusion if you're comfortable with that, but what I like to do is match each color channel individually. Use the r, g, and b keys on the keyboard to single out the individual color channels in fusion, then match the contrast levels of each. Cycle through them all a couple of times until your satisfied, hit the "C" key to switch back to full color, and you'll be surprised at how misleading your color vision is on its own.

Not the answer you're looking for? Browse other questions tagged davinci-resolve mask or ask your own question.

2
Display multiple clips in DaVinci Resolve 12
1
How do I batch replace video clips in Premiere to graded copies? (from Da Vinci Resolve)
1
How do I use Resolve to permanently extract and save small clips from mov files/
3
Why are there two ways to keyframe-animate geometric transformations?
4
DaVinci Resolve: Difference between adjusting Y or YRGB
2
Two video sources framerates vary by .01 FPS. Will this cause problems?
1
Merge clips with playback-speed automation
0
Sync picture in picture clips in Davinci Resolve
3
What's the difference between Blackmagic Fusion and Resolve?
0
Reusable Fusion Clip with Sound in Davinci Resolve