Techniques and technologies for synchronizing multiple audio and video streams

I may be renting some equipment: (professional camera, microphone and digital recorder) but I hope to primarily use my own equipment: camera phones, professional microphones, analogue audio mixer, audio digitizer and a laptop. I hope to produce the video on an open-source video editor (Linux or Windows).

In case it needs to be said, I'm on a near-zero budget! The biggest concern I have is how I will synchronize a phone camera with an external microphone fed into the laptop.

Are there any techniques to help with this? I had a go before and it's surprisingly hard getting the audio perfectly sync'd with the video. Are there any tricks?

Also, what industry-standard technologies are used for synchronizing professional microphone setups with video, and between multiple cameras? I assume there are at least a couple of old analogue and newer modern digital methods?

Edit: I looked at this link but it didn't go into detail or explain different options.

Professionally done, all cameras and audio recorders will have a running (SMPTE) time code, which can be configured in 'free run' mode - meaning the time counter runs regardless whether we record or not (ie, STOP mode).

At the beginning of the shooting day, all recordists (cameras, audio) will sync their clocks. This is done either to SMPTE 01:00:00:00, or to the time of the day.

Then all video clips and audio files (broadcast wave files - BWF, which is just a WAV file with time code imprinted) will be 'timestamped' - the time at which the clip was recorded is part of the file header.

In addition, these recorders allow you to choose the folder and file prefix of the recorded clips. A simple case is when all crew (camera and audio) set this prefix based on the shooting day ('Day01' for example).

Then when the audio and video clips are imported to the video editing software, there's alway an option to 'spot' the clips to their original time code. This way, the alignment of video and audio happens nearly automatically.

Before the days of digital equipment, the syncing between pictures to audio was done manually with the help of a clapper (clapperboard): 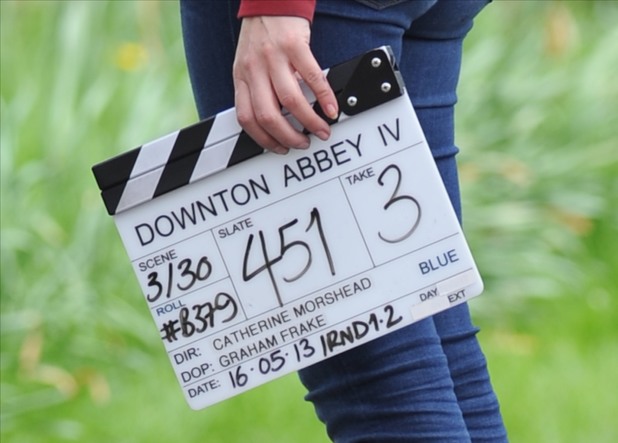 Upon the director's instruction 'Cameras', both the camera men and audio recordists will aim at the clapper; then the clapper is clapped.

Later on, each clip is brought consecutively into the timeline (clips are numbered - there's a way to know which came before the other). The sync is done manually, by finding the video frame at which the clapper jaws were hitting each other; on the waveform display, you can see a transient from the sound the clapper makes. So it's all about moving the audio transient to the clapping frame.

For your purpose - you can just clap your hand in front of the camera (although visual and auditory labelling can be of great aid later on, but this too can be improvised).

Note that in the professional industry, this practice takes place until today, even if all equipment can stamp timecode.

A clapper is the easy approach for your budget since it will provide a synced audio/video event that can be heard on the audio and seen on the video. The main problem you might run in to however is that many cellphone video cameras are not fixed frame rate.

If they do not capture with a reliable and accurate timecode then syncing up after the fact will be next to impossible. You will want to make sure that the recording rate of your cameras is precise. This can be tested quite easily by using a clapper. Simply start your cameras and audio gear, use the clapper, wait about 10 minutes, use the clapper again. Bring all the files in to your editor, line them up on the initial clap. Check the final clap and see if there is drift, if there is, then whatever equipment is drifting is not going to be suitable for your purposes.

Variable frame rate can also be a problem, though this can usually simply be examined by looking at the file format information.

Not the answer you're looking for? Browse other questions tagged audio-recording video-editor sync video-recording or ask your own question.