Now, from that second bit onward, here's how I assumed it went in practical terms: In the '80s or '90s, the movie (my artwork) was restored in a VHS format (with PAL standard) by a telecine machine using the release print. At the present day, the tape was restored in a digital format by an RCA-to-USB converter that connects the VCR to a computer.

In order to simplistically replicate this process, I've been trying to split my material up into 3 separate YUV channels and work from there intuitively, since I believe it's the luma and chroma signals that make up this analog video effect, before the video gets automatically decoded back into RGB (correct me if I'm wrong). This is where the question comes in: What's the proper way to separate the YUV components of my clips for this particular effect?

Here's the current image (left) side by side with the desired image.

To get there I opened up lumetri scopes and tweaked the RGB curves until the LHS matched the RHS -ish.

Here's the histogram before: 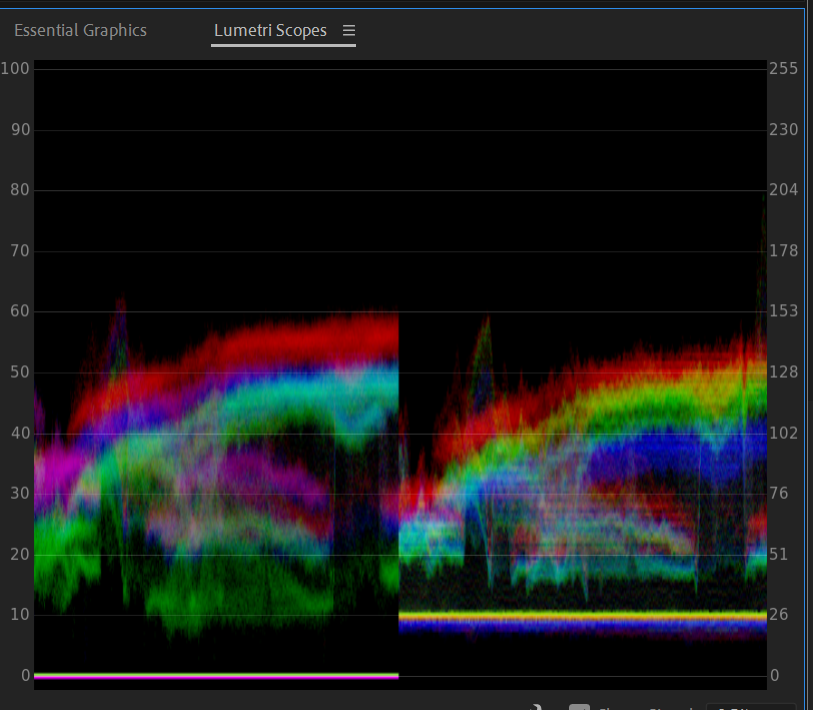 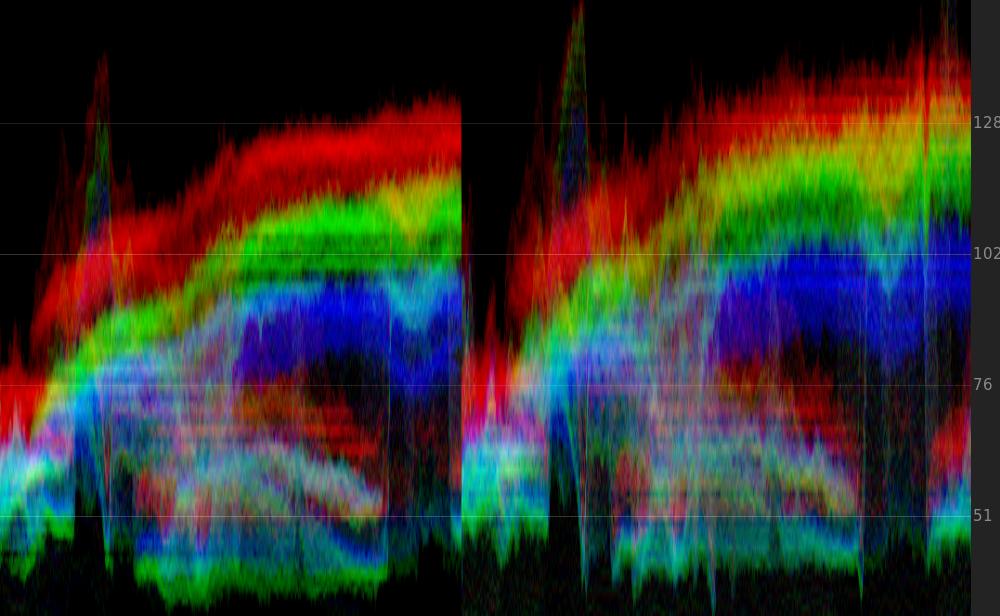 This is how the curves looked. Could probably do with more work, but basically I'm reducing the exposure mostly in the blue, and also taking out some of the blacks, particularly in the blue and green. 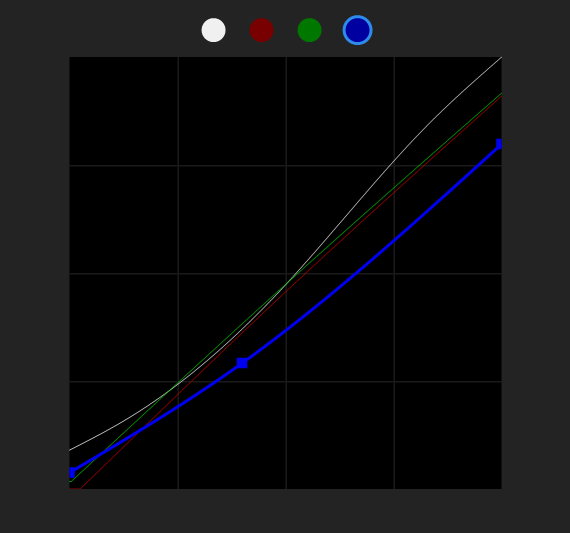 I ulso reduced the saturation, moreso in the lighter parts of the picture

To do it justice it needs some film grain, and some softness. PP doesn't have a built-in grain effect, and its noise effect is pretty feeble. I added about 7% noise and a 5.6 px gaussian blur. If I was to round trip to AE I'd go for the grain effect there, and possibly some camera lens blur.

Not the answer you're looking for? Browse other questions tagged video premiere post-production color vhs or ask your own question.

4
Old video tape effect in Premiere Pro
5
beginning of old VHS tape unreachable
3
VHS tape has one "cog" blocked off - can't play it
2
A question about VHS and SVHS
4
What causes the VHS rewind effect? And how did rewind preview work?
4
How can you fix color banding from VHS video tape in post-processing?
7
Digitize a VHS tape with FFmpeg and get a live preview
3
Vhs capture: 720x576 or less?
0
Is a UK PAL video tape compatible with a continental Europe PAL VHS/S-VHS player in terms of video and sound