I've created a small intro animation for my videos on After Effects and created a project on Premiere, than joined the animation and the video from a webseminar.

The webseminar file has 1GB and the intro video with just 13 seconds that has been rendered on AE also has 1GB.

My final video will be uploaded to Vimeo and I only need HD quality, but even this way the file has at least 2.5GB.

Which codec do you suggest? Another thing, I saw that if I use the same codec from my composition, the rendering process is faster. Is this true? Because a 50 minutes video is taking 2h and a half to render.

For web use h.264, there are lots of web presets in the export media dialogue, or in Media Encoder that you can use. The first or second one should do the job, but if not there's lots of options. 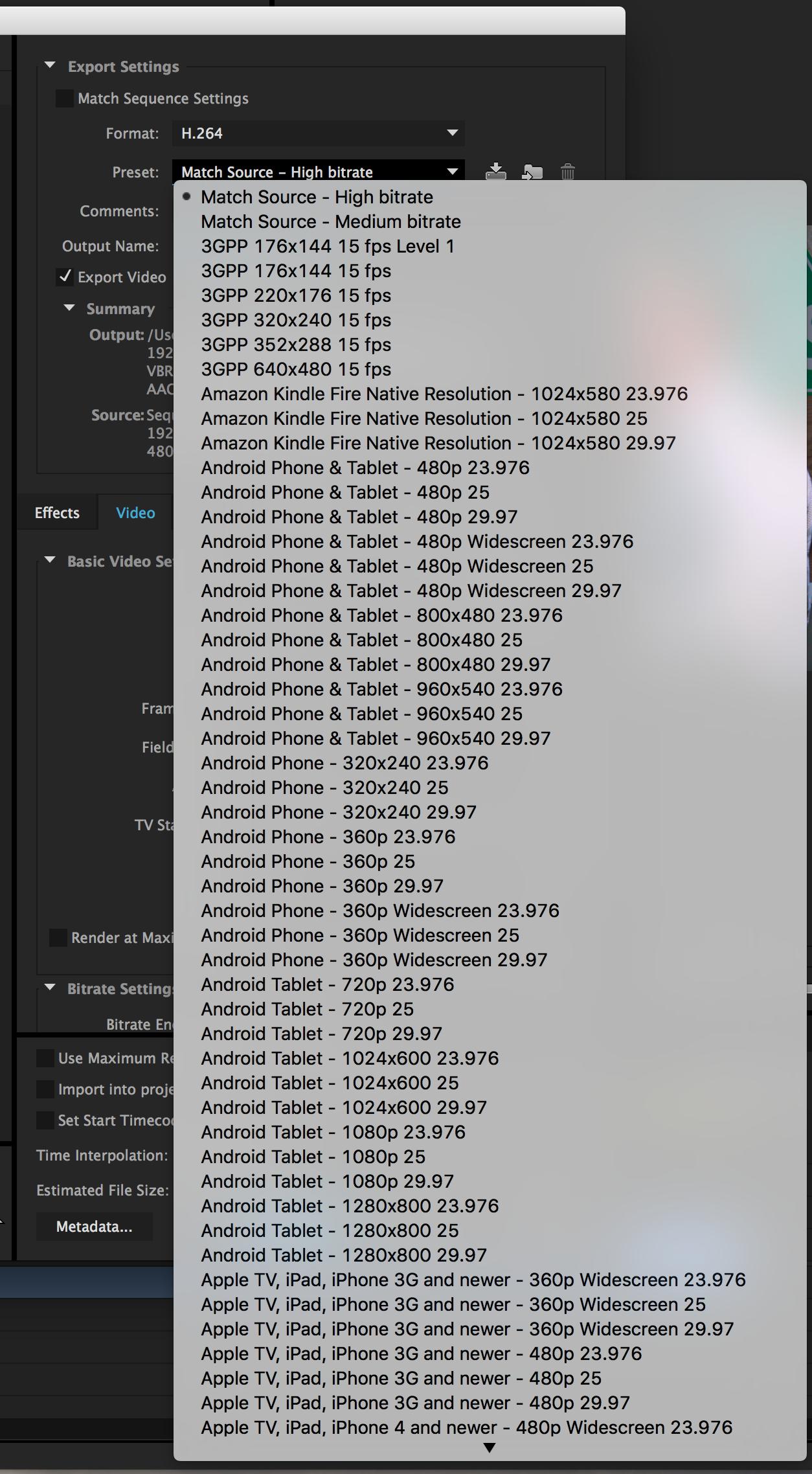 If you're planning on exporting different copies of the video, or you want a copy for archiving then a master in a lossless format or a high-quality lossy codec like proRes, GoPro Cineform or DNxHR is a good idea. Then you can re-encode from this master to the more compressed web versions without having to re-render.

As for rendering times, with an After Effects comp at the start of the encode it will often report that it is going to take a lot longer to render than it actually will - it assumes that the whole composition is going to take as long per frame as the intro does. If you're exporting to h.264 it will take a little longer than other less compressed codecs, generally the smaller the resulting file the longer the encode takes.

Import the After Effects comp using Dynamic Link, that way you don't have to create intermediate render files, and you can change the AE comp without having to recreate your intermediates. Just import the after effects project as you would any other media file, and then choose the composition from the dialog that pops up.

Not the answer you're looking for? Browse other questions tagged after-effects premiere or ask your own question.

0
Adobe Media Encoder Flicker Issue
1
After effects cc render time issues
1
How do I preserve the filesize of an MP4 edited in After Effects?
1
Prerender nested sequence
2
Which settings should I use for transparent video?
1
How to archive a Premiere Pro project that uses After Effects compositions