Can video have multiple streams (like it has 2 audio streams)

1) do you know which video editors can handle such videos? Adobe Premiere , Sony Vegas, DaVinci or ... ?

2) At this moment, my typical MP4 files are converted by youtube (after upload) to i.e. mpeg-4 10 AVC. And will those 2-stream videos will be converted to 1-stream video anyway? (maybe I have to ask that to YT forum, right?)

Yes. MPEG-4 Part 14 (the MP4 container format) supports any number of objects (e.g. video, audio and subtitle streams) and isn't limited to only one stream per content type.

It is also more common to use Matroska (.mkv) containers for video files with multiple audio/subtitle streams, but even with those, you rarely see files with more than one video stream.

This is certainly possible, and rather easy to do, for example with MKVToolnix, adding the second file as new source to current settings (just darg & drop the files)

Matroska video can handle multiple streams, and so can mp4. MKVToolnix gives only mkv as output I think. For various output formats a good tool is dmMediaConverter, which is less known but is a great ffmpeg frontend. 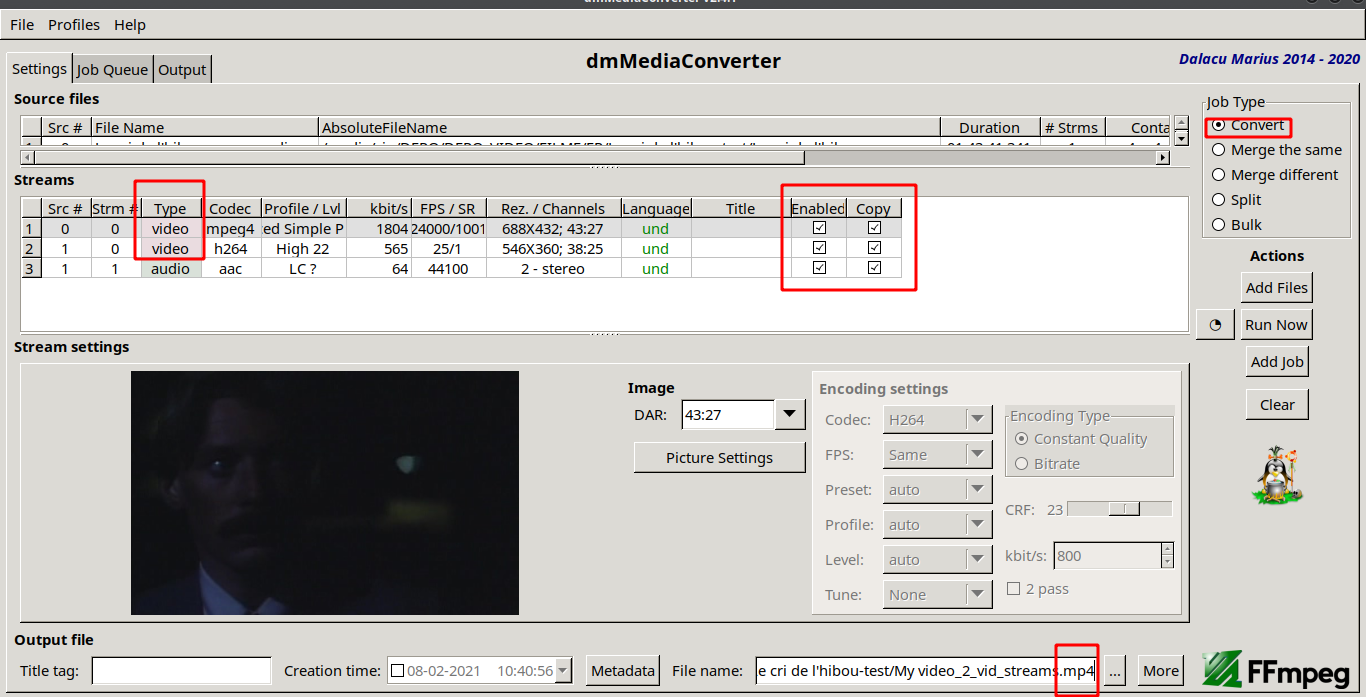 The output has the expected size of the two input sizes added up.

As for playing the resulting movie and switching between the video streams, VLC can do it, as well as Gnome Mpv (in Linux). SMPlayer was less good (sometimes jumped forward when switching or just crashed). MPV with pseudo-gui has no option for the switch. (Tested in Linux.)

Not the answer you're looking for? Browse other questions tagged video audio or ask your own question.

4
What is a good workflow for producing High quality High definition Videos suitable for a final upload to the internet.
6
How to burn HD videos with menu system onto DVD media?
32
How does YouTube encode my uploads and what codec should I use to upload?
2
Can video frame size be increased?
0
What is the least noticable way to re-stream a video to Twitch?
10
Video converted by FFMPEG has a different duration, why?
2
Looking for suggestions on workflow/equipment: daily production of short presentation videos
1
Syncing Multiple Audio Streams With One Video Stream (FFMPEG)
0
Can camcorder Sony HDR CX455 record videos in MP4 at 1920 x 1080i to be uploaded to YouTube?