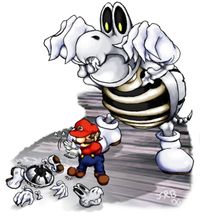 As said from Philipp Lenssen,

A good programmer must be:

Anyway, I'm pretty sure there are too many programmers abusing of those qualities.