I'm a newbie to AE so there's probably a simple answer to this. So I've imported some art from illustrator and dropped in on the stage. I then Create shapes from vector layer. Then I apply the effect CC Slant under the Distort menu under Effects and give the slant a value of 50. 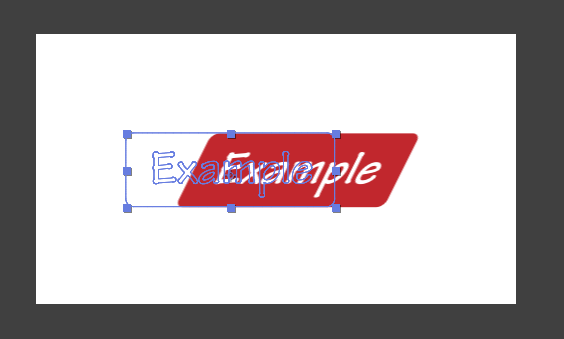 Looking good. Until I move it to the edge of the stage and then the artwork gets cropped. Notice how only the "mple" of "Example" are visible: 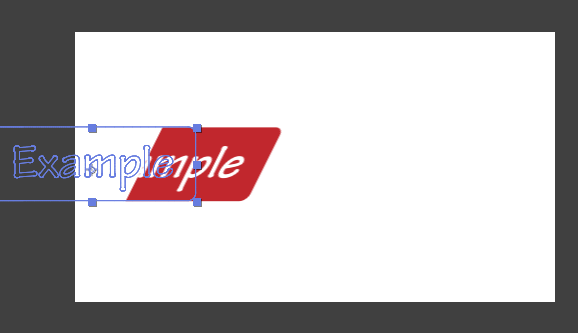 Even after rendering the movie (with the position changing from center stage to left stage while slanted), the problem persists. I have tried re-importing my artwork, and applying the slant effect while the artwork is in different positions on the stage to no avail. I've also tried other effects like the warp effect, and the same thing happens.

Is there a way to keep the artwork from getting cropped on the edge of the stage?

Depending on how you imported it, it is possible that it ended up nested as a nested composition or smart object. If you applied the effect to the outer object but then dragged it within the inner object, you could end up dragging it off the edge of the outer object which would produce the result you are experiencing.

That's the only thing that occurs to me as a possible cause.

Just pre-compose the layer with the CC Slant effect, and make this new comp a little wider than Your main comp. The crop will still happen but You won´t see in Your main comp, because it´s out of frame.

Try using the Transform effect (effects>distort>transform IIRC), and use the skew setting to achieve the same thing. It always works reliably for me.