Null object to toggle volume in After Effects?

Null objects don't have volume controls, but I'd like to control many audio layers in my timeline at once.

Anyone know of a way to adjust volume or toggle mute on a bunch of layers without having to precompose them?

This will open the Expressions box for the volume control, and a pick-whip icon will appear.

Some code will appear in the Expressions box, something like:

The numbers on the volume control will turn pink to indicate that they are being controlled by an expression.

To do this to multiple audio tracks, just follow the same process.

Here is a screen shot to illustrate this: 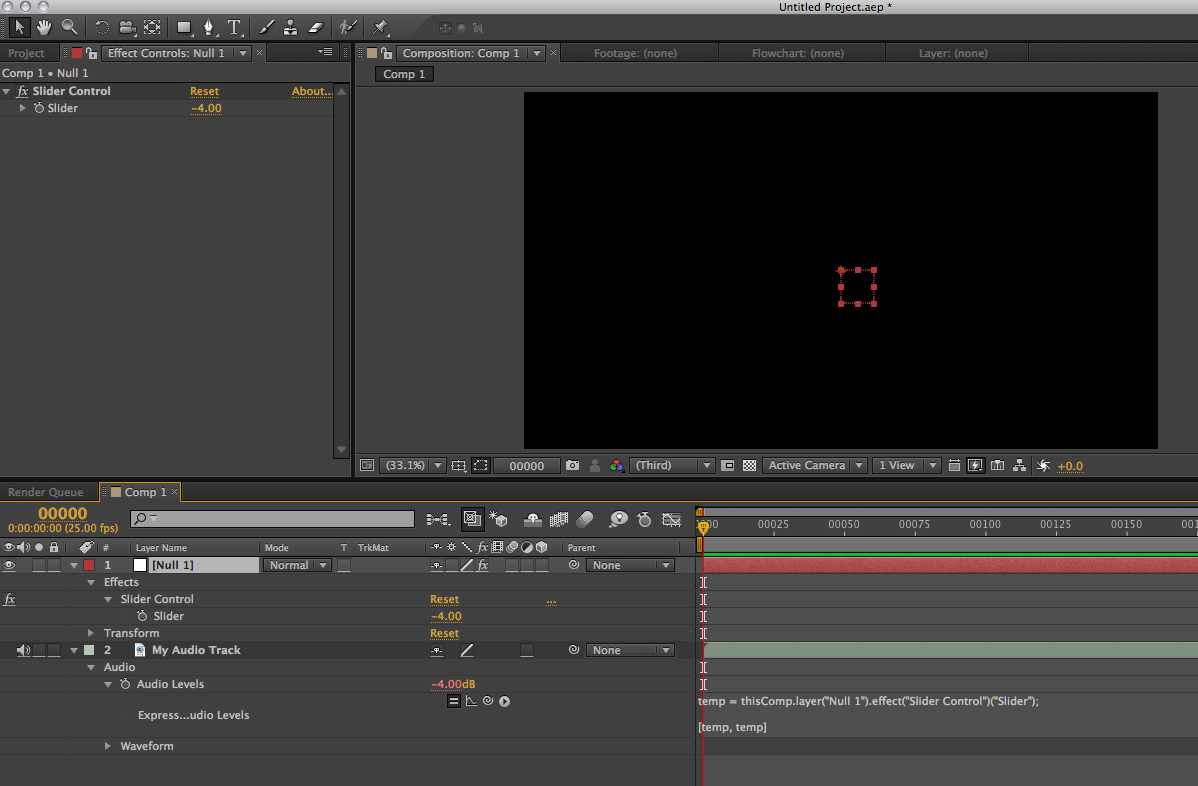 2
Automate turning on and off Twixtor effect in After Effects
1
Add path operation to multiple shape layers
2
Can an expression parse a text file or the expression of another property in After Effects?
2
How can I sync audio in Premiere with a comp in After Effects?
0
After Effects - EG Template: Of 2 keyframes I only want to change the 2nd in EG, help!
1
Need help finding plugins/techniques to recreate my magic system in After Effects
0
In After effects how can I store the start and end point values of a gradient on one layer to generate the opposite values in another layer