Accessing the Layer Panel in After Effects

I'm following along with a beginner tutorial, and using the tutorial source files so everything's the same: The instructor says to "double-click on the layer in the timeline", but when I do that nothing happens.

I also tried right-clicking on the layer, but the "open layer" option is grayed out.

Finally, I switched to the "All Panels" workspace, select the Layer Panel, but it's gray and empty and doesn't allow me to choose a layer or add a new layer view. 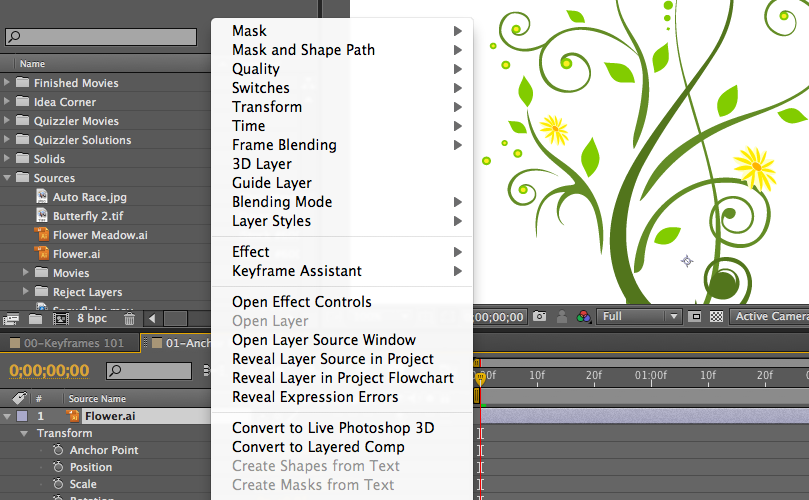 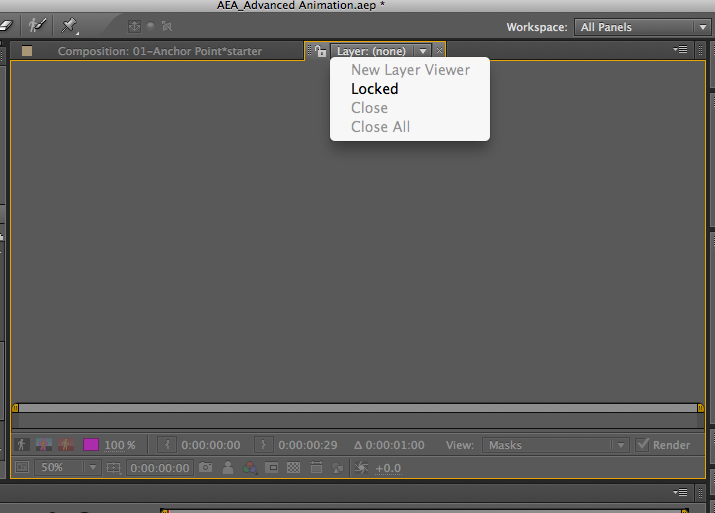