Why does the color red always appear pixelated on TV and videos on the PC?

I hope this isn't off-topic. While technically about video production, it's not about a problem I am having.

Have you ever noticed on TV how the color red is always noticeably pixelated? It's the same why while watching video on the computer, as well, be it a Blu-ray, DVD, a video playing directly from disk, or a video being streamed from the internet. No other other that I know of looks pixelated like the color red. I've noticed this since as far back as I can remember starting with DVD. I haven't watched any VHS tapes for many, many years, so I can't say whether or not this pixelation occurs with tapes, but it'd make sense to think that it wouldn't since those are analog.

BTW, I've searched for this online and found a lot of people asking the same questions, but I have yet to see an actual answer.

Here's an example of red pixelation that I just happened to come across on YouTube, although the same thing occurs even on TV broadcasts. Although you can still see it at actual size, zooming in lets you see how pixelated the color red is in comparison to the rest of the colors which really aren't pixelated at all. I strongly doubt that this is merely a visual anomaly. Instead, I believe it has to do with how the color red is processed during encoding. 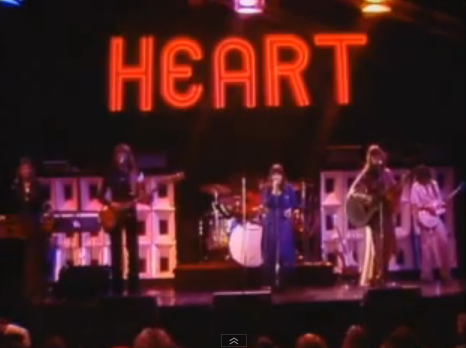 It's not an illusion - it's called chroma subsampling.

Most video codecs do not represent colour in full resolution. This allows for more efficient "lossy" compression because it takes advantage of the fact that the human eye is more sensitive to brightness ("luma") than colour ("chroma"). Most lossy codecs lower the chroma resolution to half or one quarter of the overall resolution, so you may only get one pixel's worth of colour for every four pixels of brightness. This dramatically decreases the amount of data needed, with only a small loss of apparent quality.

It's slightly more complicated though: the brightness is actually made up of the sum of the three colour components Red, Green and Blue. And they're not encoded as RGB, that would be require more bandwidth, they're encoded as YUV. Y corresponds roughly to the green component, and the U and V are Y minus the red component and Y minus the blue component (a gross approximation, actually - if you want the whole formula look here).

In most codecs the U and V components are sampled at a lower resolution than the Y. this is expressed in the three-way ratio you often see if you hang around video forums too much, e.g. 4:2:2 or 4:2:0. For a two row rectangle of pixels the numbers represent:

A common example of this notation is in the codec name "proRes422" the 422 part of the name comes from 4:2:2 meaning for every a 4x2 rectangle there will be 4 Y samples in each row 2 UV samples in the first row (half the horizontal resolution) and 2 UV samples in the second row. So proRes422 has half the chroma resolution of the luma.

On the internet and on telly you're most likely seeing everything in a 4:2:0 codec. In every 4x2 rectangle of picture there are only two UV samples (the 0 means that there are no additional samples on the second row). So the colour part of the image is composed of chunks 2x2 pixels in size, in other words, one quarter the resolution.

This means the red channel on its own has one quarter the resolution of the overall picture.

TL;DR the red looks pixelated - because it actually is.

It's a well known issue that red component in video devices suffers in presentation.

The reason is the red color's long wave length and that our eyes respond more to long wave ranges (not to be confused with color sensitivity which would be in yellow-green range).

For us to perceive the colors as equal (ref. responsiveness) the green and blue are compensated for in the video signal. This cause red to have a "weaker" representation in the signal and during its life cycle with signal deterioration red kind of suffers first which result in increased noise and smear.

In the past with analogue signals the green was prioritized color. The signal is compensated approximately like this:

The issue with the red component is the same for analogue as well as loss-compressed digital signal. The red's area is reduced, hence it is more pixelated.

While pure red is tough to match, partly due to our visual sensitivity in that region, I've never noticed any tendency for red to 'pixelate' more than any other color. Maybe you're seeing an artifact of compression? Do you also see this in non-electronic displays like backlit signs, etc?

Another answer here claims that manufacturers kept secrets about color signals. That would be odd, since all equipment had to interoperate. In fact, the percentage of each of RGB in white is well documented -- in NTSC analog days it was 59% G, 30% R and 11% B. It's slightly different in digital broadcast.

There were differences in phosphors and matrixing among CRT makers, and other differences between US and EU systems, but all of those are/were well known and standardized.

I think the issue you see here is actually because of bright pixels against a very dark background.

Most lossy compression takes into account that we are far more perceptive to lightness differences than we are color differences. Depending on the codec used, and encoding options chosen, the blocks used for approximating the video can be fixed size, which appears to be the problem in your video. As you get to the edges of the light, you find edges which cannot be quantified with the large block alone.

In short, you've found a part of the frame that is difficult to encode with many lossy codecs, and becomes easily visible depending on the configuration of the encoder.

NO. 422 / YUV encoding has a specific problem with highly saturated red, which is why designing a bright red for a broadcast television station is simply ignorance. You have to lower the luma and chroma values of red, particularly graphics down to 90% and then often some of the rest of the collours as well so it is perceptually the same. Technical grading. Tris

Not the answer you're looking for? Browse other questions tagged digital analog broadcasting or ask your own question.