Why not filming computer or TV screens?

I see this all the time: a character is doing something on a computer or watching TV. Instead of filming the actual content of the screen, they film the scene with a fixed camera and add a layer with the content they want to show during post production.

Here is an example (from a TV series named Underemployed, Season 1 episode 1 at 18:42). 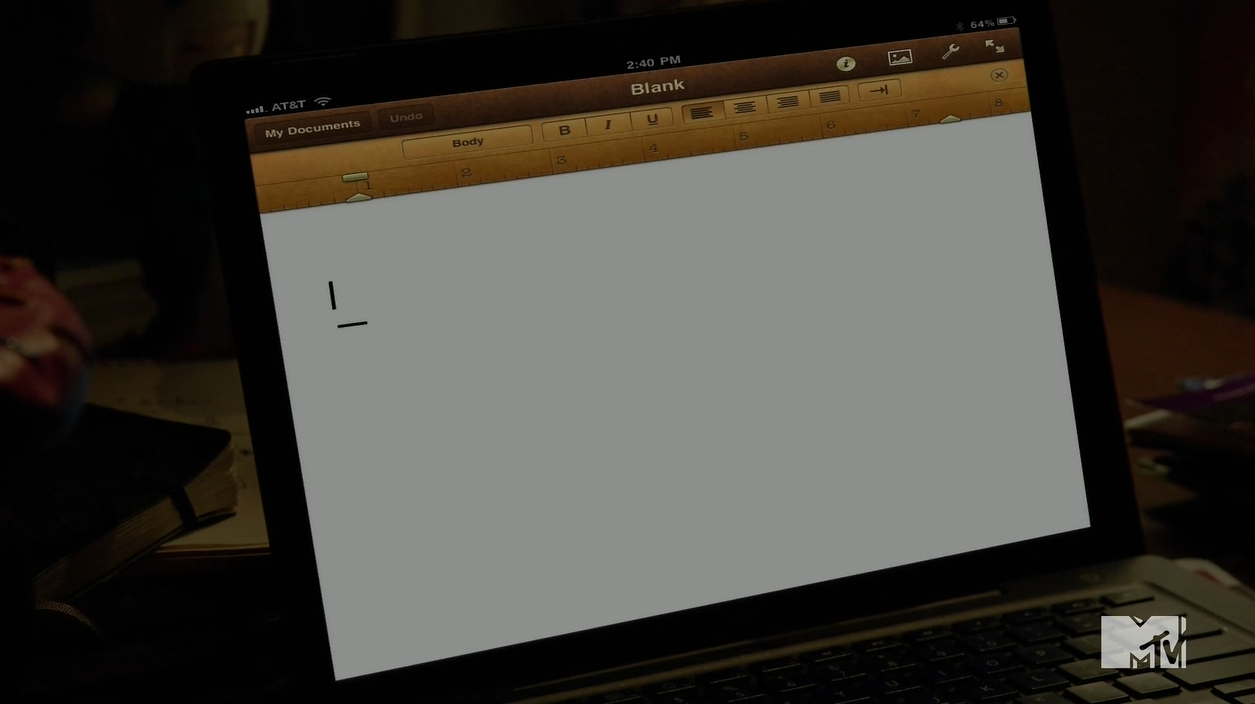 In this case, you can see that the perpective correction is wrong (the bottom right corner doesn't match the actual corner of the screen), and I'm really wondering what I'm looking at. It looks like a deformed iPad application displayed on a cheap PC, I really don't know.

What kind of problems occur when you film an LCD ? Is it a technical issue, or is there another problem I'm not thinking of ? Maybe a logistic problem (like.. the actor doesn't know how to use a computer, or they should synchronize the actors play with the content played on the TV..).

There are several factors that comes to play with recording computer screens.

It's more easy to put in a video in post which you can color correct and adjust, synchronize and so forth to the movie.

The process isn't very complicated. The computer screen is often recorded with a green or blue backdrop to eliminate the need for mask/matte rotoscoping. You just track the corners of the inner part of the screen and drop in a keyed replacement for the screen.

There are plugins too that do a pretty decent job automating this process (or instance the Mocha AE and its planar tracking).

The problem with recording a video display with a video camera weather LCD, LED, or old fashion CRT is the frame rate often does not match the camera. Artifacts may include a vertical bar rolling through the screen. Even if your camera can match the frame rate of the display being recorded one may still end up with moiré pattern artifacts.

Many productions find it easier to either cut out the display and add by compositing and masking another layer for the desired content. Another way is to green screen the display area and use chroma key to add the additional layer of content in post production. Not everyone is great at setting up the perspective correctly in post. One needs a professional video editing software that has the ability to alter the added layer with track motion that has x, y, z axis controls. This is not a trivial task.

Other possible solutions may involve the use of gen lock and frame lock systems.

Not the answer you're looking for? Browse other questions tagged post-production or ask your own question.

3
zooming animation is not smooth in Premiere CS6
3
Achieving the Elf “Angel” effect
1
When and why to use Speedgrade?
3
How does green screening work with green objects?
2
Why can't I select my grouped video clip to reposition it within the frame in Premiere Pro?
1
Make a video ONLY 2 colors? (Not grayscale)