I'd like the bottom left text to do the same as the top right, but the randomized text should be limited to "ATCG" in pairs (e.g. "AATTCCGG), instead of numbers. Is there a way to do this with expressions? Preserve Case & Digits seems to keep the random text to pairs, but I'm not sure how to make an expression so that the pairs are limited to As, Ts, Cs, and Gs. Thanks! 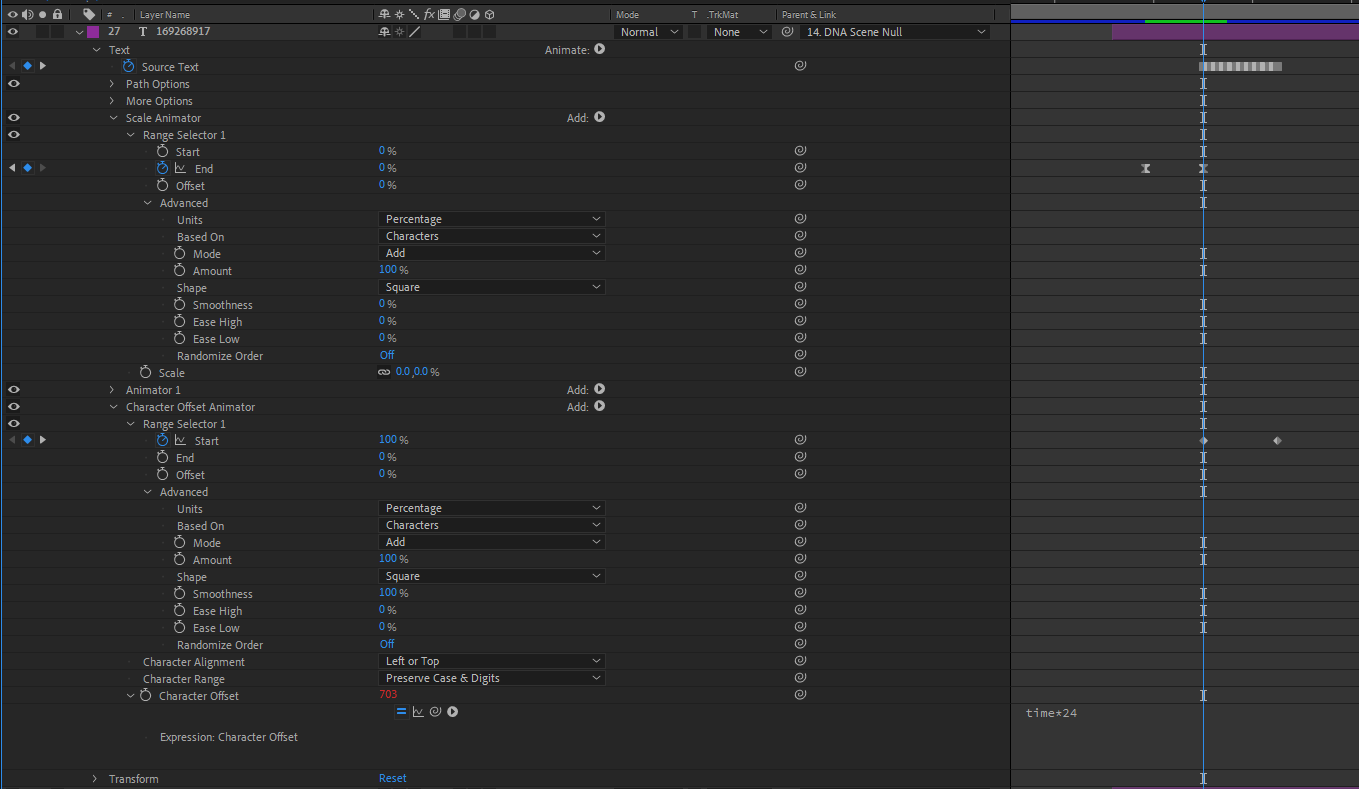 Here's my updated way of doing it.

A couple of points:

Make two identical text layers. In my example, they are labelled "AGCT text" and "plain text".

In the "ACGT text" layer, put the following expression into the Source Text control:

Add a text animator to both layers.

Set the opacity on both text animators to 0%.

In the Advanced settings of the text animator, set the Shape to Square.

3
Can you measure the width of a character in an AE expression?
0
After Effects - EG Template: Of 2 keyframes I only want to change the 2nd in EG, help!
2
help to animate an lower thirds that's positioned by expressions
0
After effects: Adding visual callouts of currently playing audio files with a source text script
1
Duplicating keyframes in After Effects
3
Make a solid push another solid
2
Color textbox with consistent height
2
AE Counter Switch (Mins > Hs)
3
After Effects Trim paths offset corner position based on rectangle width and height