Splicing attempt with ffmpeg runs without error, but doesn't insert the file

I am trying to do the same thing that the person asking this inserting video clip into another video but keep original audio question is.

Initially I tried it with outpoint, but that errored out, so I wound up getting it to run with the original instructions, using duration.

These are the commands I used:

It runs without erroring out, however, the file GrowthFromFailureFixedSlides.mp4 does not get inserted. When I play the resulting file, it is exactly the same as the original.

Here is the output from running the above commands: 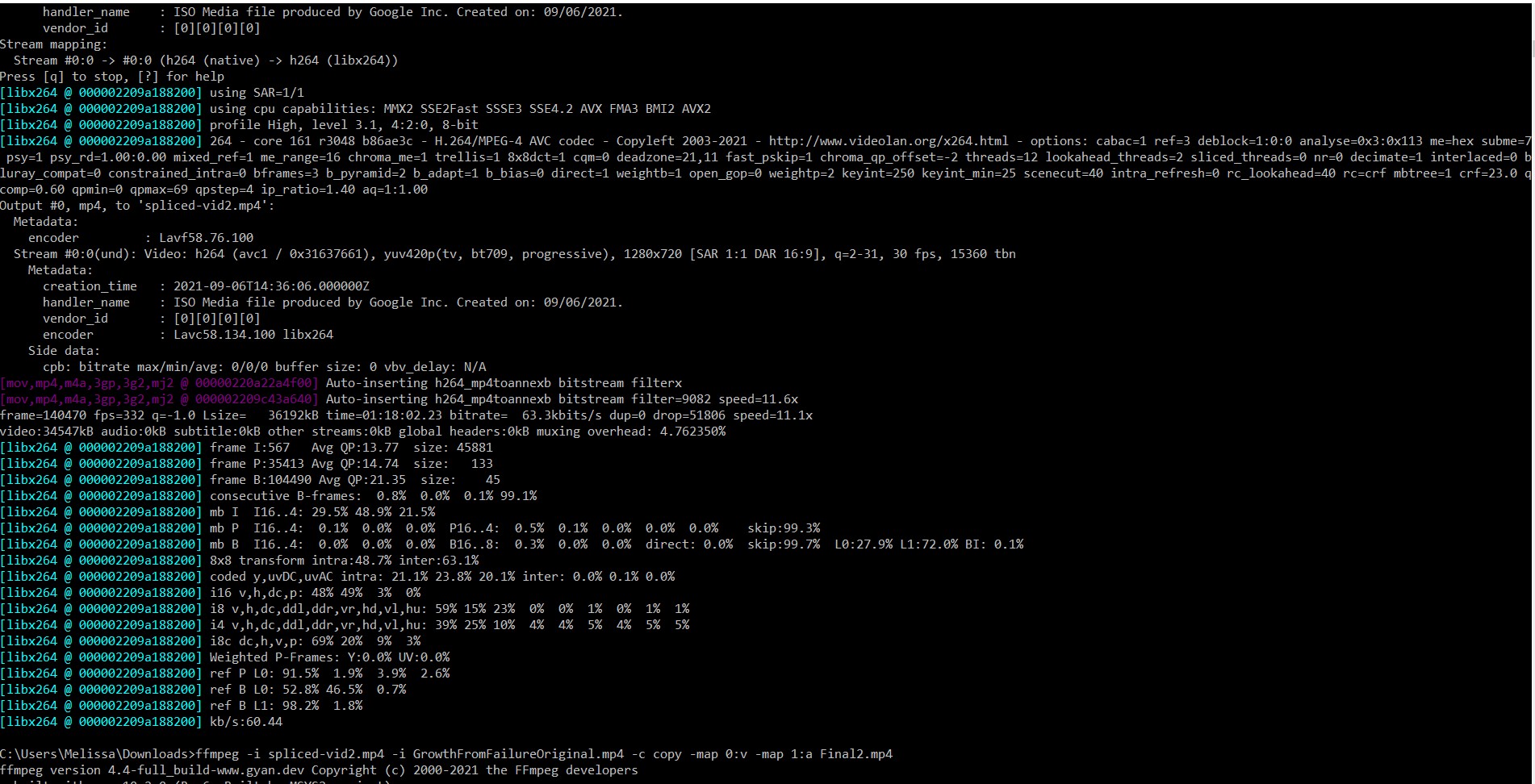 What am I missing? Also, if there is some other easier, close to free, way to do what I am attempting to achieve, feel free to enlighten me.

Browse other questions tagged ffmpeg mp4 or ask your own question.

3
inserting video clip into another video but keep original audio

2
How to resolve ffmpeg error cannot load default config file?
1
FFmpeg - how to adjust video (clip) duration to sound duration if sound is longer, possible without re-encoding it with mp3 file?
3
Add multiple mp3 files to an mp4 file with ffmpeg
0
DVD created with ffmpeg and dvdauthor doesn't start at the beginning
0
"Unable to open key file" error when remuxing a set of encrypted .ts files (as a .m3u8 playlist) into .mp4 with FFmpeg
0
How to cut part of MP4 file using FFmpeg without reencoding?