I tried a lot of different screen recording software but all of them can't record a video with the same quality I see on screen: looks like there is a unsharp mask, or something similar. Now I'm using OBS Studio, with these setups:

A screenshot of the original desktop:

Is it possible to solve this problem and obtain a recorded screen with the same original quality?

How can you be sure you record what you see on screen? Well, to say it with a cyber security term, by pulling a man in the middle attack. What do I mean by that? Well, obviously, if we can record on the link between your desktop and your monitor, we would surely be capturing what is visible on the monitor. So we somehow need to find a way to get ourselves between that computer output and the input of your monitor.

Now there are multiple ways to do this.

The first and the best option would be to use some kind of recording device. Many of the professional videographers on this forum will own one of these and maybe better know it as a camera monitor. These kind of devices have an input and often an output and they are commonly used to record the live output from a video camera. 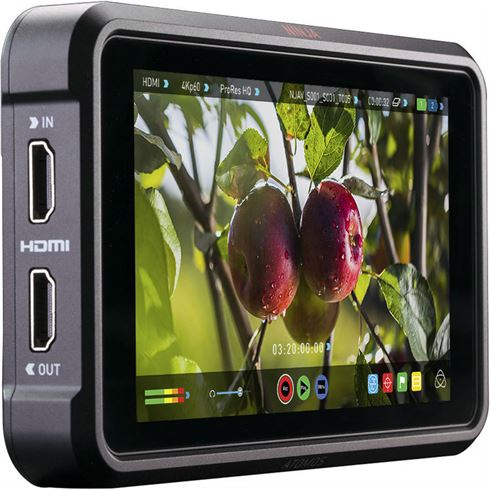 In the picture above we can see the Atomos Ninja V recorder. It has 2 hdmi ports, one input and one output. We could put a cable from the desktop on the input and than a cable to a monitor as output. We could than work as normal, but can use the recorder to record anything happening on the screen. This recorder would be doing all the hardwork so the recording won't eat up system resources and these recorders are made to record high quality video. Ideal!

A second option would indeed be to use some kind of virtual recorder, like OBS. These are less favourable to recording with external hardware cause they often impact performance and they aren't actually recording the system output. This means that some colour shenanigans from a OS can change the recorded screen from the actual output. Secondly, if the computer crashes the recorded files often get corrupt and can't be used.

I personally use OBS and ShareX and never ran into problems with these tools. I have to admit thought that I'm usually wondering whether or not my night-mode is captured as well.

Things to be aware of

Now many things can affect the recorded video. That makes it quite difficult to give you specific instructions for fixing your problem. But I think it can be either bad settings in your streaming software, asking too much from your desktop or maybe it's your screen. Maybe your screen is using some kind of video profile and giving and alternating the image.

It's a recorded screen with OBS and I see the difference with other elements, but your picture looks good with no difference. https://drive.google.com/drive/folders/18qSgfK4LpmKcWg7fV5DM_6dhBEvrO2m0

Video renderer in video player also will impact how your video shows.

Also you can set your color format to I444 and I think you should get the same picture in video as on your screen. 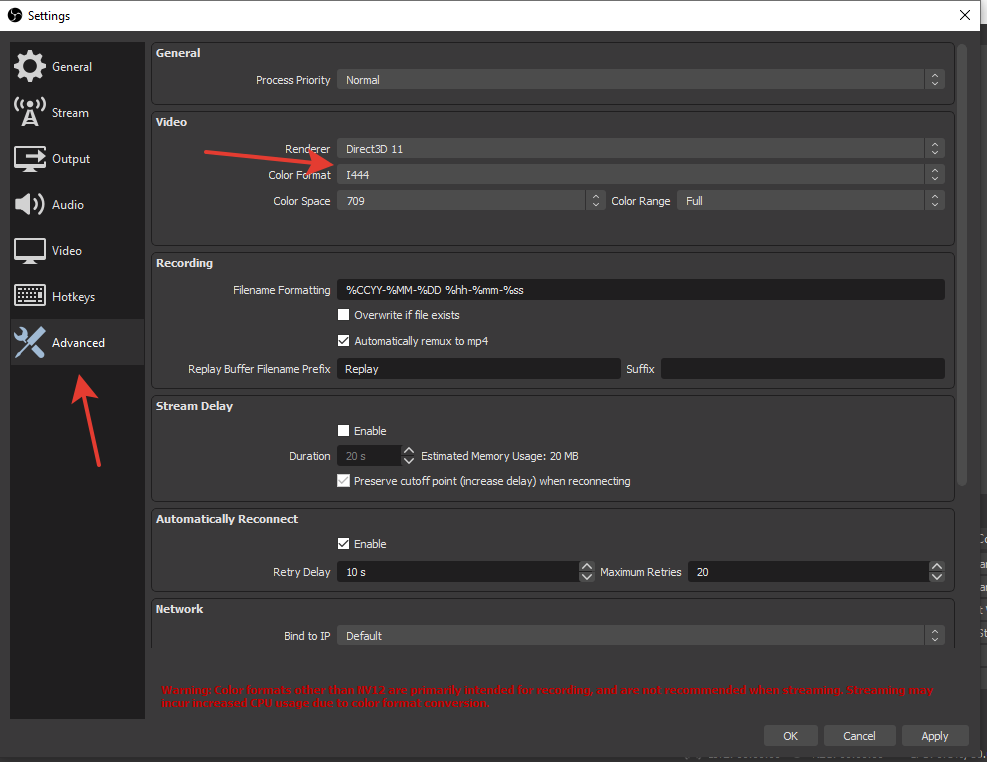 Not the answer you're looking for? Browse other questions tagged video-quality screen-casting or ask your own question.

2
How to get a crisp, exact color match for lossless screen-cast?
13
Using h264 in loseless mode brings small unexpected results
0
Unable to make HD videos in Premiere Pro
1
How do I avoid objects having flickering edges when I encode a screen recording to mp4 using x264 and ffmpeg?
1
Video quality degrades when uploading to YouTube with variable frame rate
1
Using super resolution to improve video quality
0
How to solve audio/video sync issue on my mp4 screenrecording?
0
Camtasia Studio video files are too big
2
How to output high quality Zoom webinar video after editing with Premiere Pro?