Some parts have audio out of sync after a master export

I have a project in Final Cut Pro X, that plays as I expect in the Final Cut, but when I export in to h264 there is a part where audio is playing slightly in before the video.

Such part is present on the following screenshot: 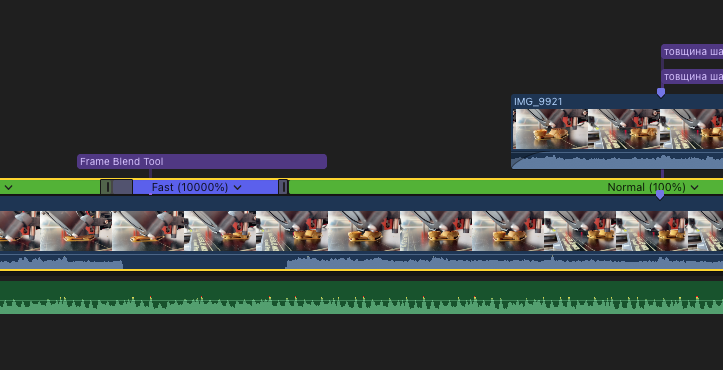 At the beginning the audio is in sync. Then there is a 100x speedup, and then audio get's out of sync (I'm talking about the clips audio, not the green music). Ironically there is also a connected clip that appears slightly later, and it also has a 100x speed increase later on but that does not cause any problems. Also both clips' audio plays separately in the left and right channels, so in headphones I can hear that in FCPX some audio bits happen at the same time, while in the exported file they are out of sync…

Am I doing something wrong?

I don’t think you doing something wrong.

My suggestion is copy the sequence to a complete new and fresh library. This should load the clips again and hopefully get rid off any possible problems in the library.

Not the answer you're looking for? Browse other questions tagged final-cut-pro-x sync export or ask your own question.