In After Effects, I created a shape layer, added a path to that, edited the expression of it to contain

and added a stroke and a fill to the shape layer and set the width of the stroke to 10 and the color of the fill to light red. I got this shape as a result. 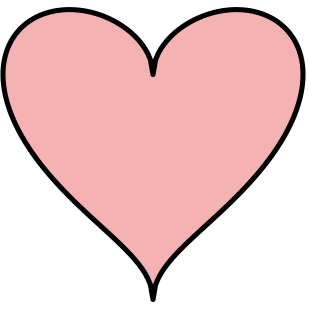 Now, I want to animate the end point of that stroke, you may see that I am looping the variable a from 0 to 360. That 360 value represents the end angle of the shape and I would like to have it animated to make an animation that "draws" the heart.

How do I animate the end value?

Your path will draw on. You probably don't want to fill it until it is drawn.

Tom's answer is a good way to do it, but if you're interested, to do it only in the expression, just add a couple of lines at the start like

2
scaling a stroke mask in after effects?
0
Mask not working
1
After Effects: Linear Expression - going from value 1 to another value and then back to value 1
1
Collapse Transformation and Layer Styles (bug)
3
How do I keep from losing the color when I “Convert Shapes from Vector Layer” in AfterEffects?
0
Path shape not masking text through Track Matte in After Effects
2
How to reveal 3 masks with Stroke in After Effects
2
After Effects 2020 shape layer path ignoring 3D orientation when used to parent a null?
1
Path created with an expression will not draw other than being selected