What do I need to know about buying a VCR for digitising old VHS tapes?

N.B. I considered posting this to hardwarerecs but not only is it much less active than this site, I also have a feeling there's a lot more specialist knowledge on the topic here, and practical questions about hardware that is no longer manufactured does appear to be on-topic.

I have some family home videos on VHS that I'm responsible for digitising. I know I will need both a VCR and a USB capture card, but money is tight so there are a few important details I want to clarify before I spend anything.

This is probably the easiest part, and I'll more than likely be buying this one here as it seems to be the cheapest one without a lot of worrying reviews.

The VCR will obviously be bought second-hand, but being born in the last decade of the 20th century, I'm just about old enough to remember having to choose between PAL/NTSC on my PlayStation, and don't have a lot of experience with VCRs themselves.

Firstly: with regards to PAL vs NTSC, Wikipedia indicates that it does matter, so now I'm wondering if my tapes are marked as PAL SECAM, do I need a PAL VCR? I've seen a few local listings on eBay for NTSC VCRs, and confusingly I even saw one that said "NTSC Playback on PAL TV" (see below), but actual PAL VCRs seem surprisingly hard to come by considering they would have presumably been the default where I live (in the UK). 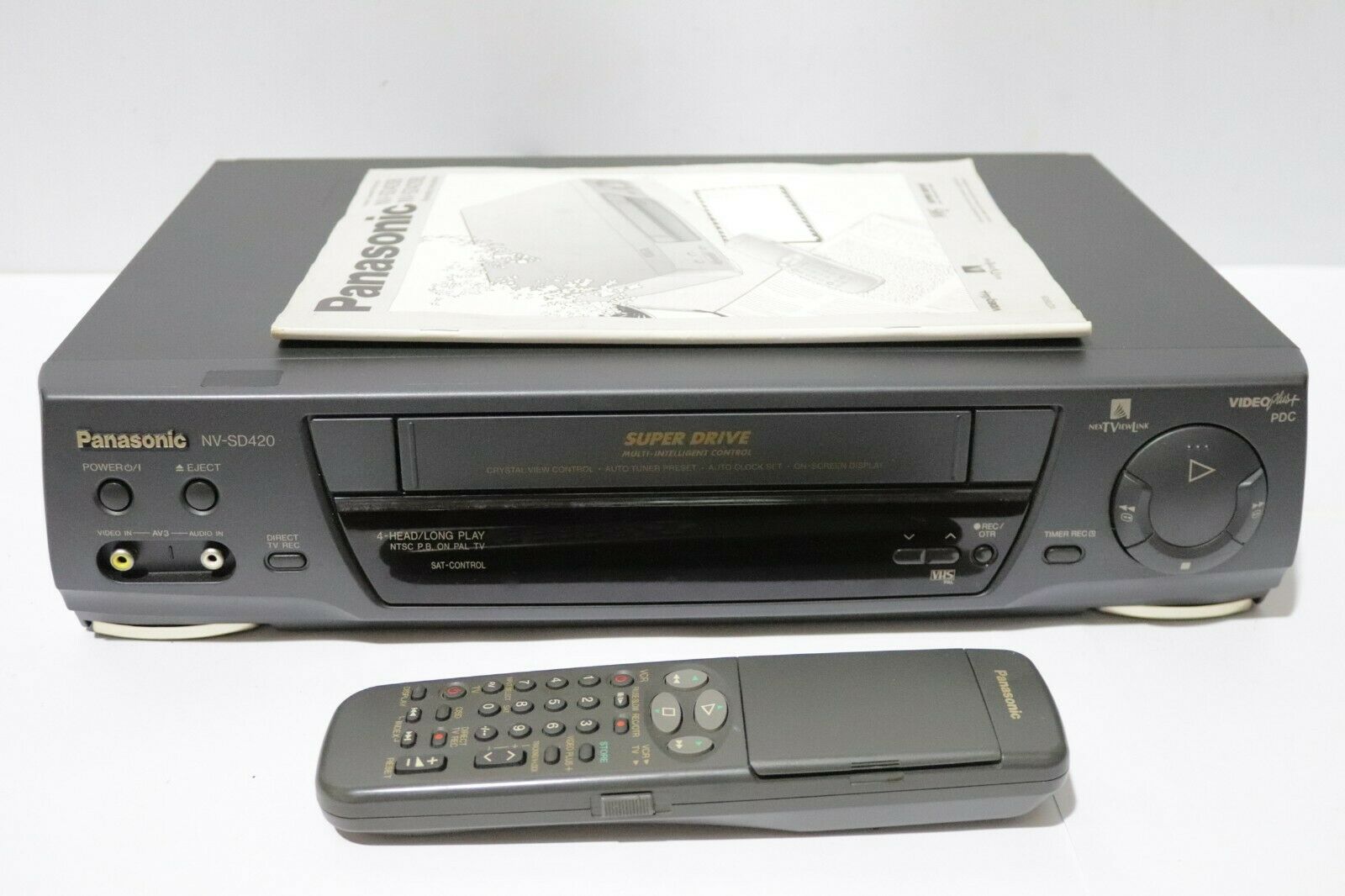 Secondly: and perhaps most importantly, this forum suggests it's necessary to invest in an S-VHS VCR to get the best quality out of the videos:

Not only would it be a good idea [to invest in an S-VHS VCR], but it's practically an essential requirement. Want to use a cheap VCR? Your "highest quality" requirement just bit the dust. Good output begins with a quality capture. No quality capture, no quality output. Period. For vcr's We never never never recommend eBay or similar auction sites. You find good VCR's in our marketplace forum. A recommended source for rebuilt high-end VCRs and other rebuilt goods is Tom Grant's shop.

Which of those VCR line you should consider depends on your analog tape library. Are most of them retail tapes and tapes recorded at high 2-hour speed? All of the listed brands will do them justice. Are they slow-speed recordings, 4 to 6 or 8 hours??? I'm afraid Panasonic is your only choice. Slow-sped tapes look like crap on a JVC.

Is this true? Will I need to shell out for a more expensive S-VHS VCR to avoid sacrificing quality?

Finally: are there any other VCR features I need to look for/avoid, that will improve/hinder the quality of the conversion? I see some are listed as 4-head, 6-head, Super Drive, etc.? Do any of these matter for my purposes?

so now I'm wondering if my tapes are marked as PAL SECAM, do I need a PAL VCR?

Yes, VCRs partially deconstruct the signal to encode it on the tape, and so are specific to a particular analogue video format.

In practical terms, if you try to play a PAL tape in an NTSC VCR connected to a PAL TV, you'll probably get a distorted black-and-white image, or perhaps no usable signal at all.

I've seen a few local listings on eBay for NTSC VCRs, and confusingly I even saw one that said "NTSC Playback on PAL TV"

It was very common to import North American tapes back in the day. These VCRs can convert an NTSC format tape to PAL output for European TV sets. The reverse also existed (though quite a bit rarer) in North America.

I see some are listed as 4-head, 6-head, Super Drive, etc.? Do any of these matter for my purposes?

4 head machines have a slight advantage in quality, particularly with playing ELP/LP tapes. The extra 2 heads in 6 head machines are only for recording. And "Super Drive" just appears to be a Panasonic marketing term, as far as I can tell.

Sort of. VCRs are temperamental machines, and it's all analogue. During their heyday, the quality of video you'd get from units varied enormously. A quality S-VHS machine recording to quality tape on a well-calibrated machine was almost as nice as 480p digital is, really. But I think we're just about old enough to remember what VHS usually looked like.

Will I need to shell out for a more expensive S-VHS VCR to avoid sacrificing quality?

S-VHS equipment was high-end, and so generally better quality than the cheap VCRs that proliferated in the 90s and 00s. So you will often find a preference for S-VHS machines. But a good quality S-VHS and VHS deck should play a VHS tape back equivalently well.

Practically speaking, for high quality, you'd want to play back on a good deck that has been calibrated and had its heads cleaned and belts replaced, etc. That would mean a machine that's been maintained or refurbished, not something that's been sitting on a damp shelf for 20 years.

With all that said, a few years ago I transferred a relative's home movies with a cheap 20 year old VCR and it's about what one would expect for 1980s camcorder footage. I fed it The Great Mouse Detective first though, in case it might have been a tape-eater.

As an alternative to buying an old VCR and using video capture, I would look into buying a VHS/DVD-R combo. Here's one example (not intended as a recommendation for listing or brand).

These were a relatively short-lived phenomena, maybe a few years in the late 2000s / early 2010s. I can't speak to the quality other than saying my mother-in-law had one and was happy with the results. Ultimately it has to do the same signal transformations that you're planning to do, but may have dedicated electronics to give a better result.

1
Is a TBC required for converting VHS home videos to digital format?

3
Converting SECAM VHS to a digital format
0
Video capture device for senior citizen
5
Metal particle Hi8 tape degradation
2
How can I transcode a PAL-formatted videotape in the United States?
3
What compression should I use for archiving VHS tapes to HDD?
4
Transferring old metal particle Hi8 tapes
4
What causes the VHS rewind effect? And how did rewind preview work?
3
Best quality conversion from VHS to digital domain (USA)
1
What are the pros and cons of a few of Photoshop's video format export options?
1
poor quality video VHS camcorder: is there a fix?