Why does moving objects in some videos flicker or distort horizontally

I am not asking the common question of horizontal dark stripes on some of the videos. I know this is a known topic and lots of resources are already available on the internet on this. But I am talking about a strange phenomena of some of the videos here, specifically appears around moving objects. Please see the screenshot below. 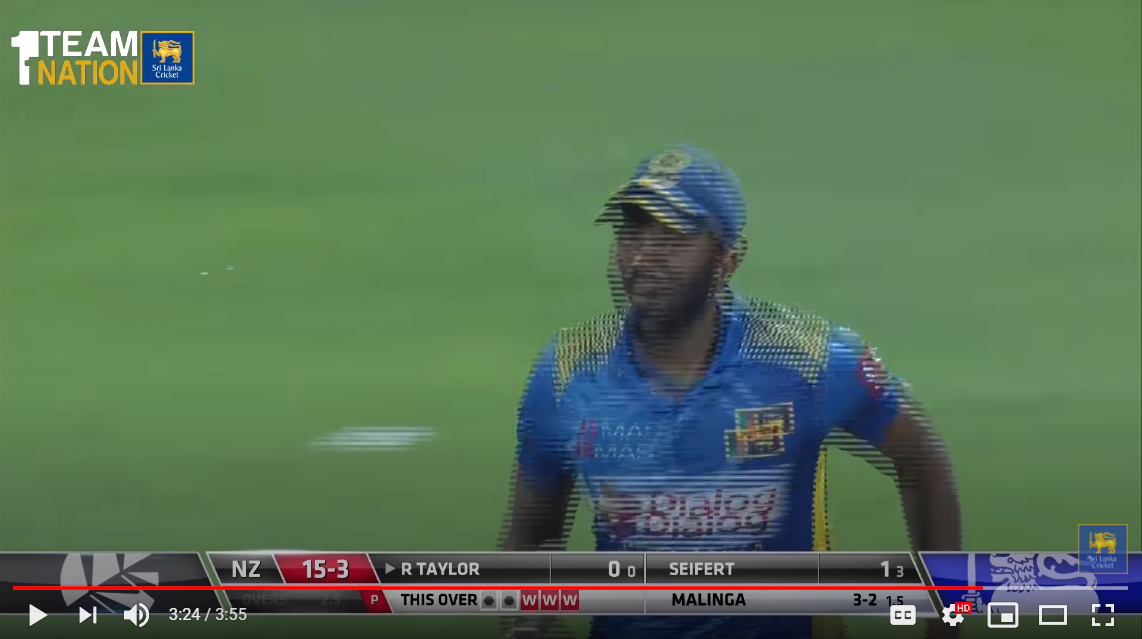 This is snapshot of a Youtube video (a cricket match). The player in the video is running. Hence you can clearly see the horizontal distortion of the player's image. But notice carefully, the entire video screen is not distorted. You can see the score board and logo which are added on post processing of the camera footage during telecast. Those static parts are not distorted.

I do notice this problem, when I record my own videos with my Sony Handycam and try to play the recorded clips (MTS Files) with VLC Media player. If I play the same clip with Windows Media Player these stripes disappear. When I shoot using my OnePlus 5 Mobile, it doesn't appear at all in any player. So, there is indeed a contribution of the camera we are shooting and the player which is playing the video. And this happens specifically when the objects in the video (or the camera) moves. If I take video of a static content, the stripes do not show up. I am pretty sure, many of you have noticed this too.

Anyone has any idea what causes this horizontal distortion to appear? Is there any resource available which explains the cause and ways to fix it?

If you want to see the sample Youtube video which I am referring here, the video id is nclPaVQmCHc

This is called interlacing. It's a video artefact left over from the days when video signals for television (and domestic systems) sent every other horizontal line, then filled in the missing gaps, every half a frame of video that was sent.

You need to deinterlace the footage before you edit it.

If someone else has already uploaded the footage incorrectly to youtube, you may be unable to deinterlace their footage, depending on whether the scale and frame rate of the video has been altered when they edited it.

Not the answer you're looking for? Browse other questions tagged video rendering sony distortion or ask your own question.

4
Why is my video alternating between blurry and sharp?
4
Video software to add video effects similar to Apple's Photo Booth
3
why movie video is different from other videos (sports, news, or other)
7
Premiere distorts picture while paused
1
Lighting a table is just not working
0
Can you give a tip how to create a video with such effect?
1
Transfer videos from Sony HC9 tapes to Windows 10 laptop
2
How can I recreate this distortion effect from Midsommar?