After transforming the position of a clip, how can I remove the side lines? 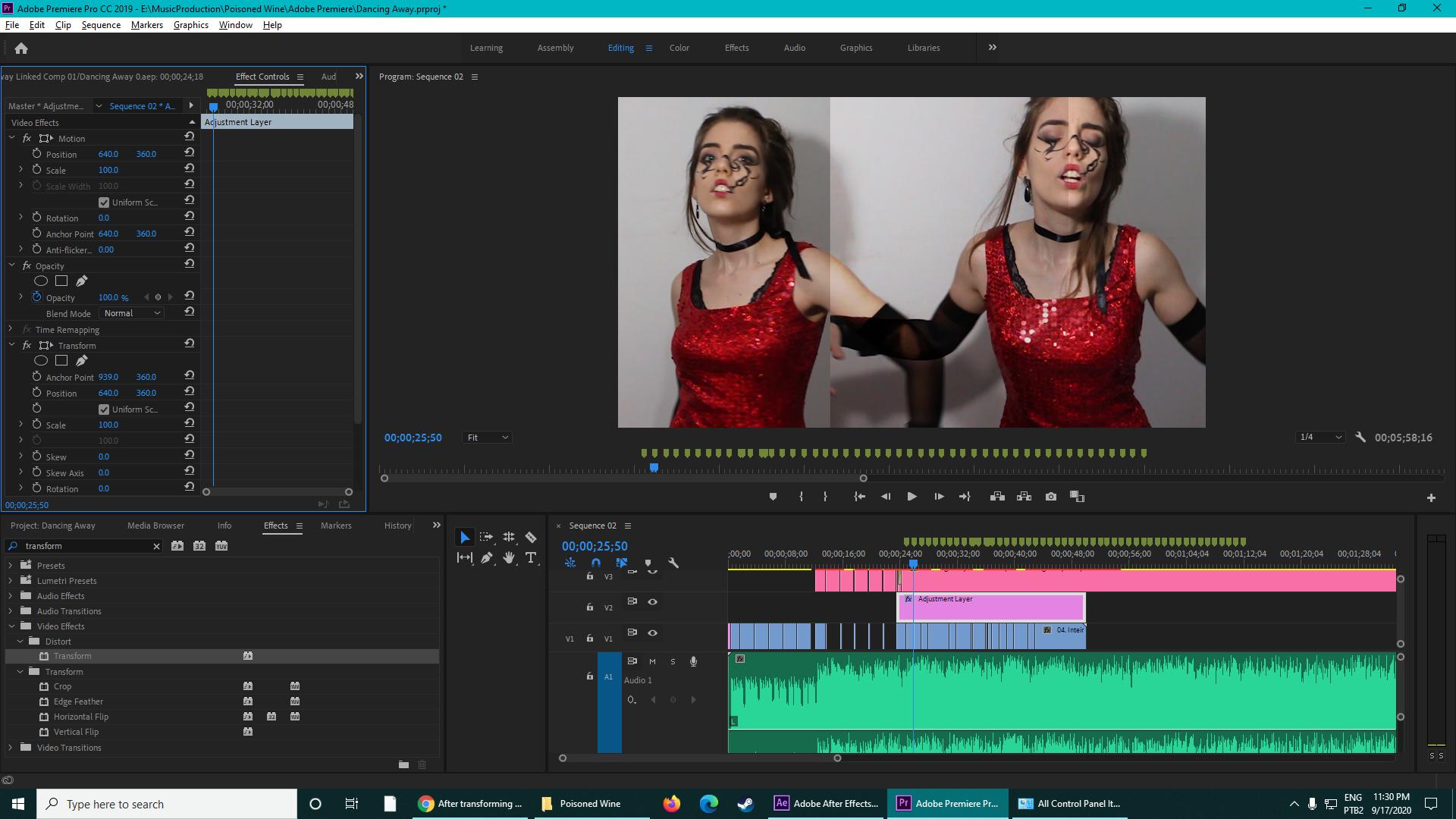 So, I've used transform to change the position of 2 clips (One above the other), but there's this annoying line on the limits of the clip. Is there a way to remove it?

The problem that you won't be able to easily fix is the missing parts of the right hand in the foreground layer. But if you're ok with that there are a couple of ways to do this shot.

First you could key out the white part using a colour key effect. This is going to be problematic, because there are white parts of the image that you want to keep, like the highlights on the dress and her teeth. You'll probably need a combination of keying and rotoscoping (using a garbage matte and animating it to follow the motion of the character, otherwise known as a truckload of work).

The second way would be to feather the edges of the layer. You'll have to sacrifice a bit more of the right hand to do this, but the background plate won't suffer too much (in this frame; YMMV for other frames). In the opacity tab in the effect controls you'll see an elipse, a rectangle and a pen. Click the rectangle to create a rectangular mask. 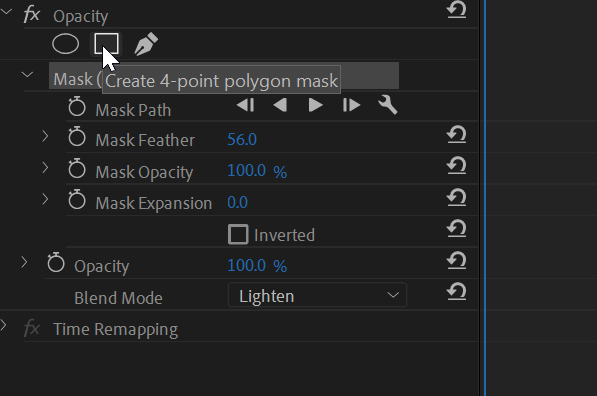 Drag the tops and the bottoms of the mask well outside the bounds of the clip, then use the widget at the top or the numerical sliders to adjust the feather. In the image below I've turned off the background layer to see what I'm doing. 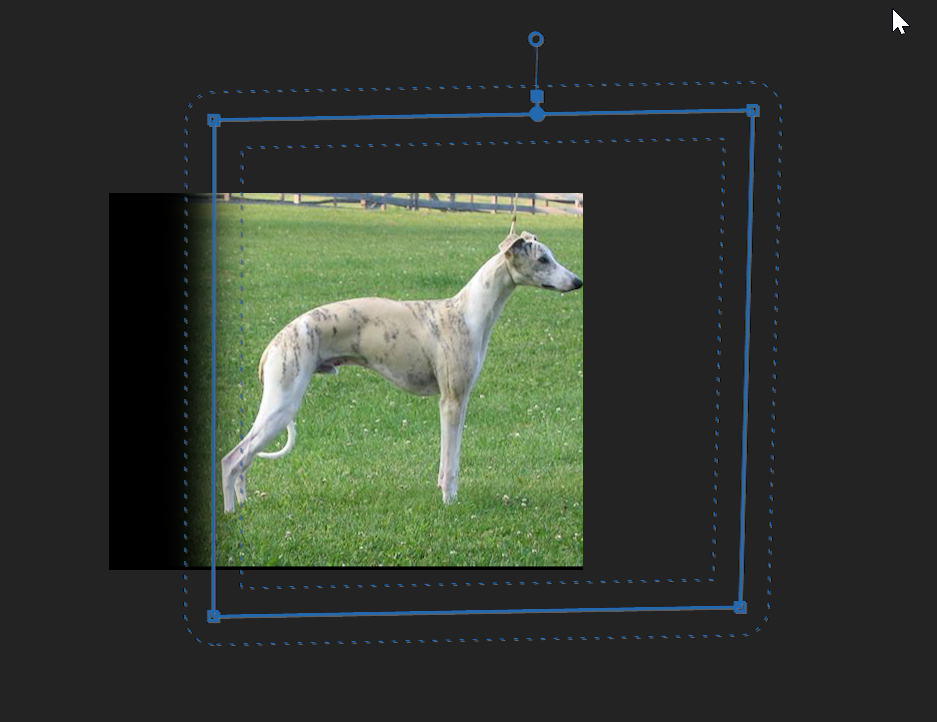 Do the same for the other plate. 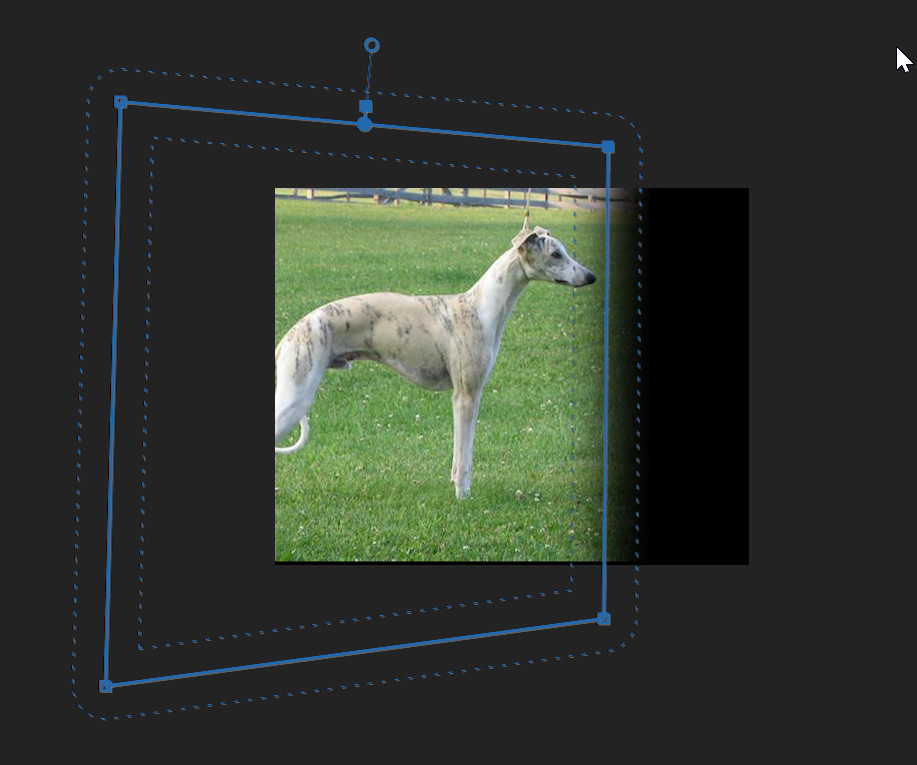 You'll have to fiddle with this until you get a good compromise between cropping too much and making the feather soft enough. It doesn't really work with this random jpeg of a whippet, but it should be ok for your shot if you don't mind the disappearing hand. 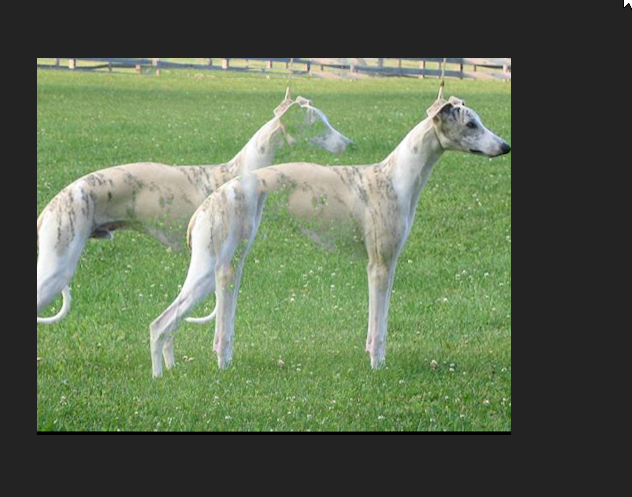 Not the answer you're looking for? Browse other questions tagged premiere adobe or ask your own question.

1
How can I add a transition between two cuts of the same clip in Premiere Pro CS5?
1
How can I move an Adobe Prelude CS6 project
0
Adobe premiere, how do i link two audio clips and one video clip for the purposes of the razor tool?
1
How to paste one specific attribute only?
0
Imported video getting out-of-sync audio in Adobe Premiere
1
How can I remove the background of a video if the background is still?
1
How can I remove a crowd of people from a scene while keeping one person in the shot
1
How to show the duration in the clip overlay in minutes and seconds instead of frames in Adobe Premiere Pro?
2
In Premiere Pro, how can I delete clip portions that are between these labels?