What does exactly nesting a clip in one layer do in relation to another clip in a different layer?

I'm trying to follow along a Premiere tutorial on creating a Tilt Shift Effect. In it, I would create a color matte with a mask as the below:

Then I would use the "Compound Blur" effect to my footage, which is sitting on layer V3. In the "Effect Controls" of the Compound Blur, I would select "Video 2" for the Blur Layer option. On layer V2, the color matte that I had created earlier needs to be nested for the Tilt Shift Effect to show properly. If I didn't nest it, then my footage would be completely blurred (see the comparison below). So my question is, what does exactly nesting the color matte do, in relation to the footage in the layer above it? 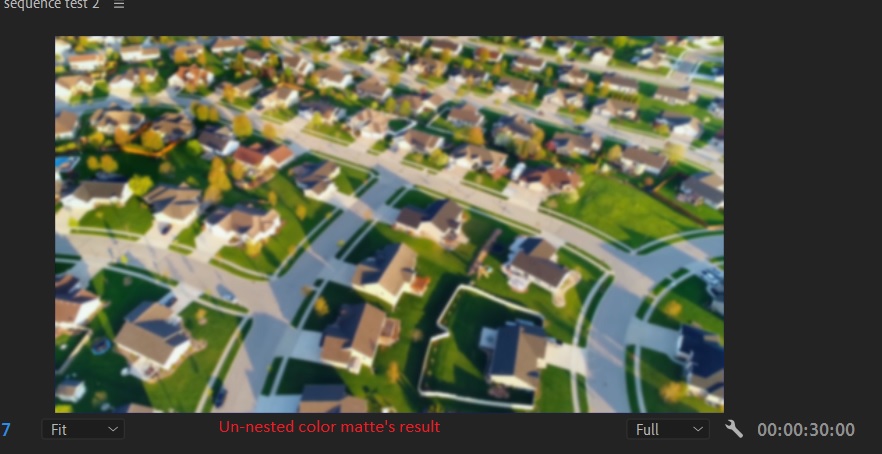 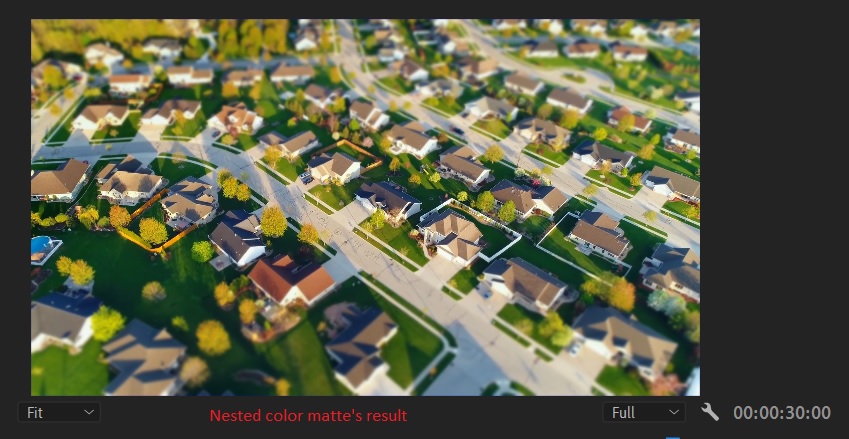 Without seeing the tutorial, it's difficult to say exactly, but I think what is happening is that the colour matte nest that you've created, is being used to control the blur on your other layer, probably by being set to being used as an "alpha matte". If your colour matte layer wasn't nested, I think Premiere wouldn't be able to see the alpha changes on that layer, due to the order in which processes are rendered in its pipeline.

Effectively, by nesting the matte clip, the compound blur "sees" the effect and the matte as a single piece of video to process. Without it, it would only "see" a solid colour block. 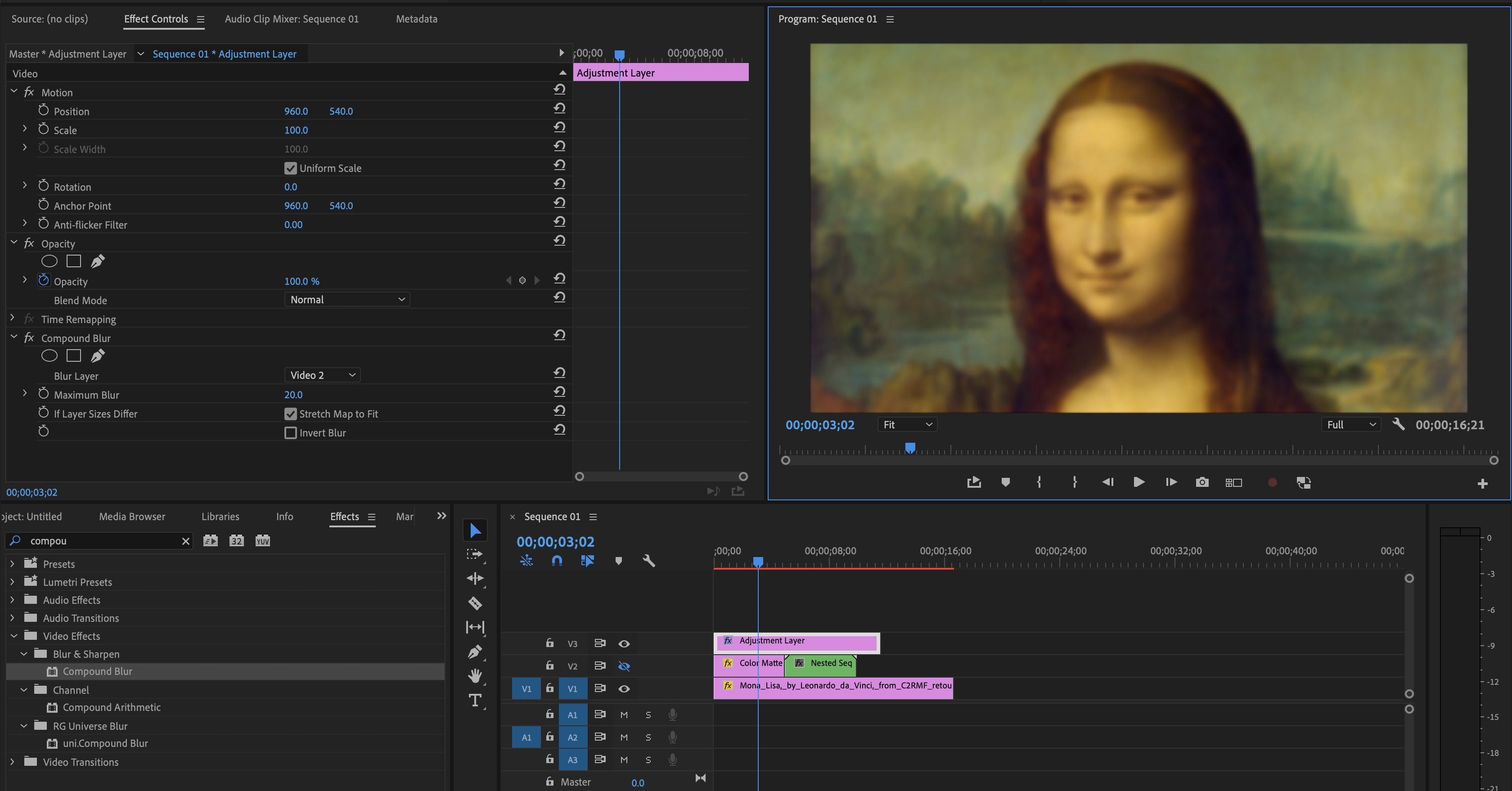 Nested version - only blurred in the middle 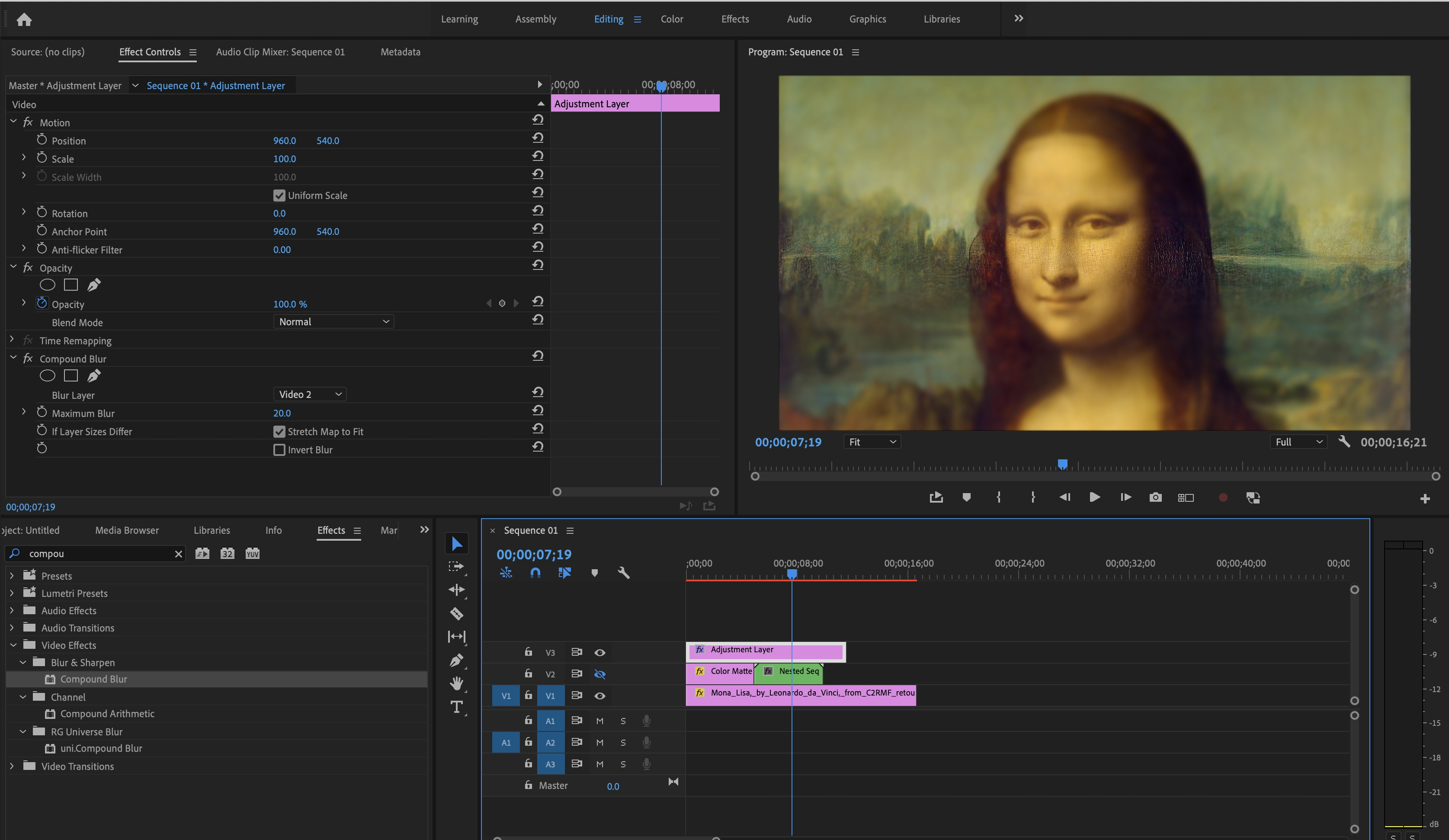 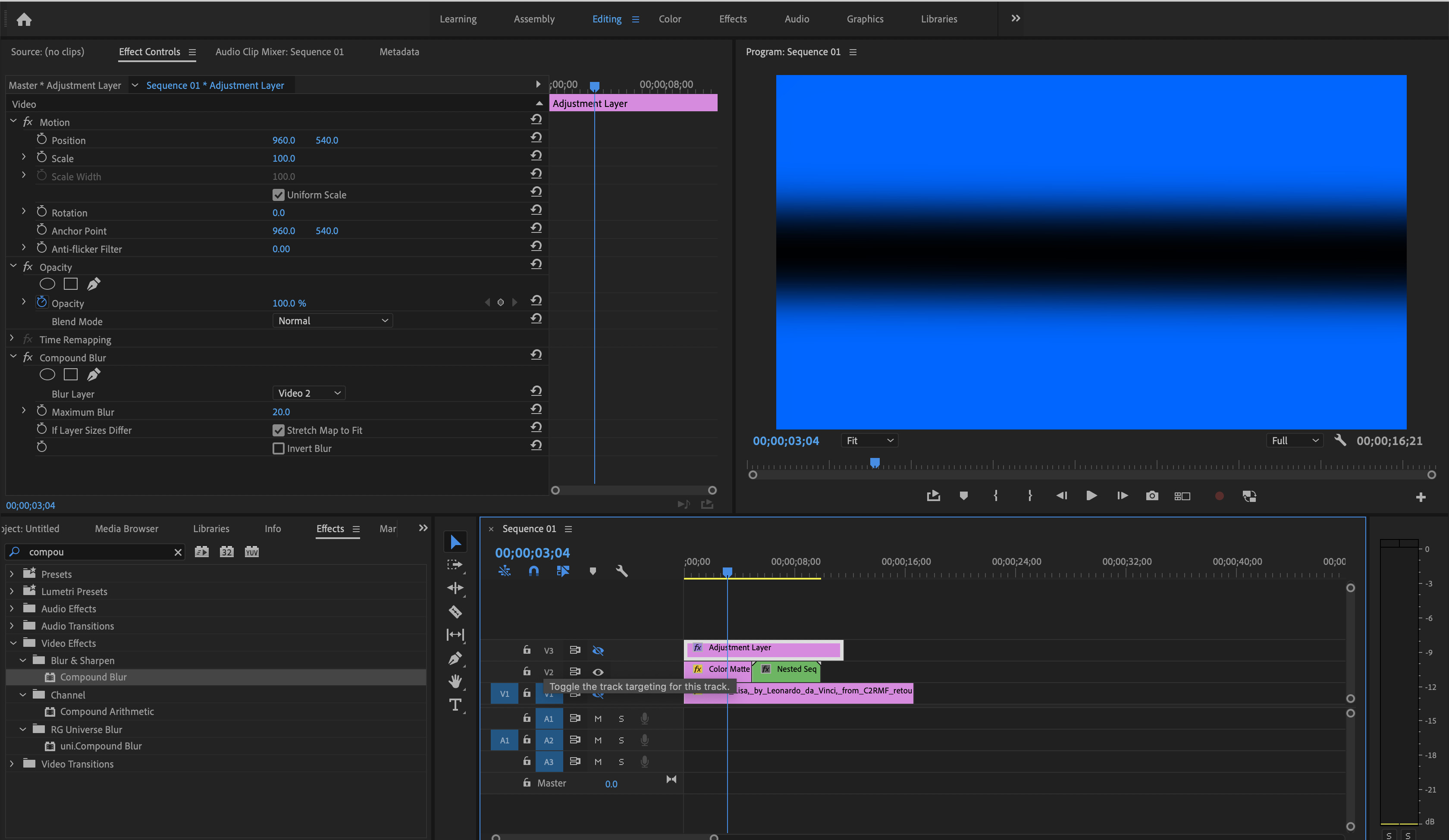 1
What exactly do the sequence settings do?
1
Transfer project from one application to another
1
Preset/macro for complicated nested effect
2
Upper half shows one video track, lower half shows another
2
Why Doesn't Compound Clip With Effect in One Project Still Have Effect When Placed in Another Project?
1
How to filter out footage into one clip