Why is Aplha channel video layer not working correctly in premiere pro?

I am Naved and I am using Adobe Premiere Pro CC 2019 for creating a YouTube video. This video is providing a list of recommended copyright free music that is available on YouTube for free use. I wanted to show an audio visualizer (or say audio spectrum) in my video. This video is very long, consisting of around 100 different music tracks and its duration is of nearly 4 Hours.  As it is clear that Audio Spectrum plugin works only with Adobe After Effects CC 2019 and I cannot create a composition of more than 3 Hours in After Effects, again I cannot make a complex while lengthy project at the same time, in After Effects; So, I considered only importing the audio file and a DVD(Disk) Icon in After Effects. I applied the Audio Spectrum and Audio Reactive (on scaling) effects on and around the Disk Icon with Transparent Background.

As the audio file was of more than 4 hours, I had to perform this process in two parts, 1st one for about 3 hours and the 2nd one for the remaining 1 hour.

For rendering the video files, I chose Quicktime Codec, Animation Format with 8 Bit + Alpha Channel Settings. I took the final export to Premiere Pro, where I already had a Background Image, a Black video (for background dullness), and a Legacy Title. When I imported the rendered video in my premiere pro sequence, I put it above all of the layers. But, when I played out the video, I found that the audio spectrum was going BEHIND the Legacy Title and the Disk Icon was showing in front of the Legacy Title. This was a very strange kind of behavior that I have never encountered before because they both (disk icon and audio spectrum) are a part of a single video i.e. single layer only and either they both should be in front of the other layers or be backward than them. Another interesting thing is that the audio spectrum is showing in front of the background image but not in front of the legacy title. So, I thought I can export my background frame including the text and then, put it behind the audio spectrum video. Surprisingly, even after rendering the still image as Background and keeping it behind the Audio Spectrum Layer, the result was again the same. The Disk Icon was in front of the Text and the Audio Spectrum was behind the text but background image.

Now I have run out of ideas, why this strange kind of behavior is being encountered in Premiere Pro. It could be my fault too but I am unable to understand where is the error standing?

To make things clear to understand, I have attached an exemplary video on YouTube. For further reference and clear differentiation, I have put a duplicate legacy title stating "COPYRIGHT FREE MUSIC" just behind the audio spectrum part of the video.

You can find this detailed question in the description of the mentioned video also. For any other required details, I am right here to comment.

Screenshot of the arrangement of all layers in Premiere Pro Sequence: 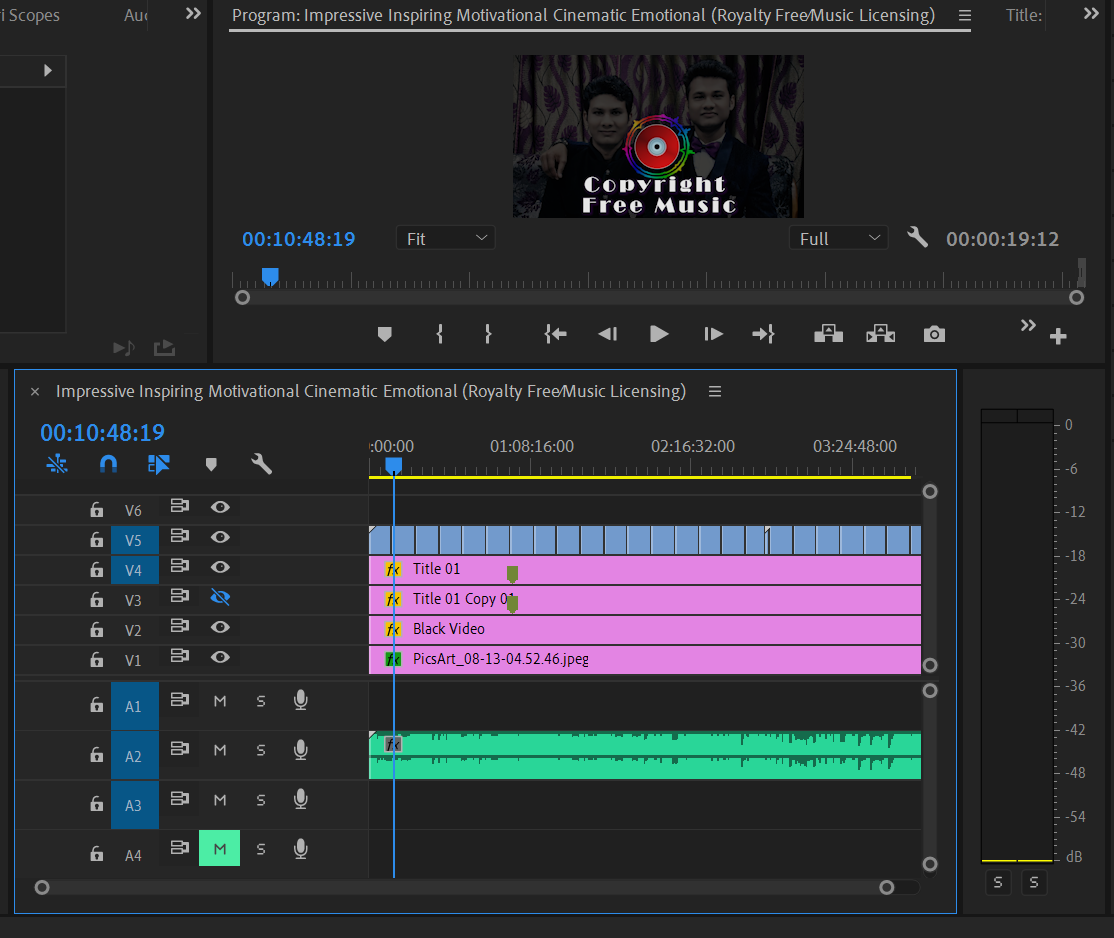 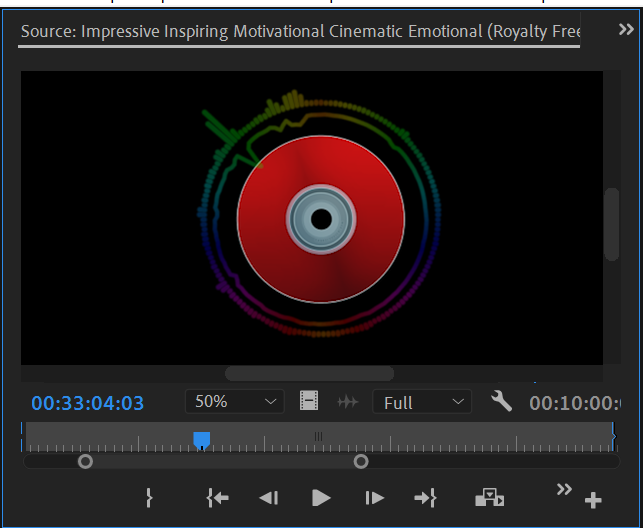 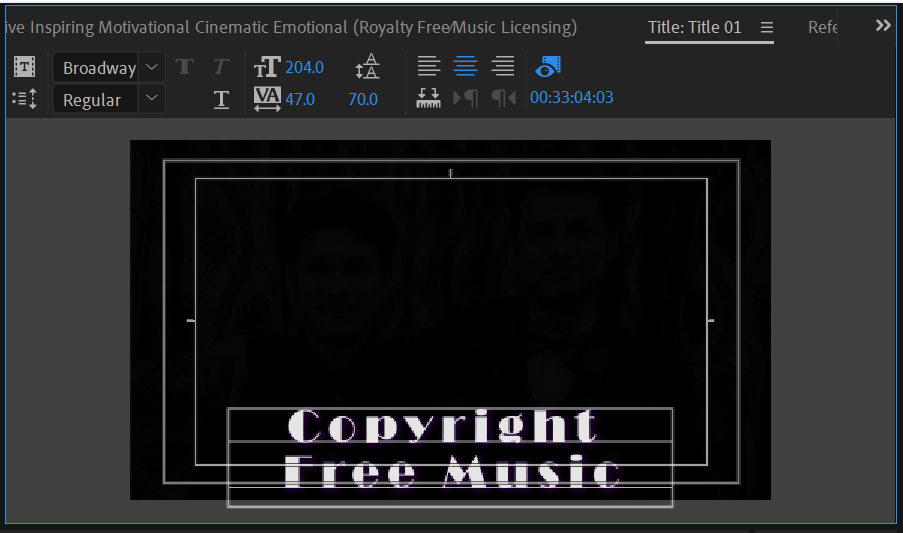 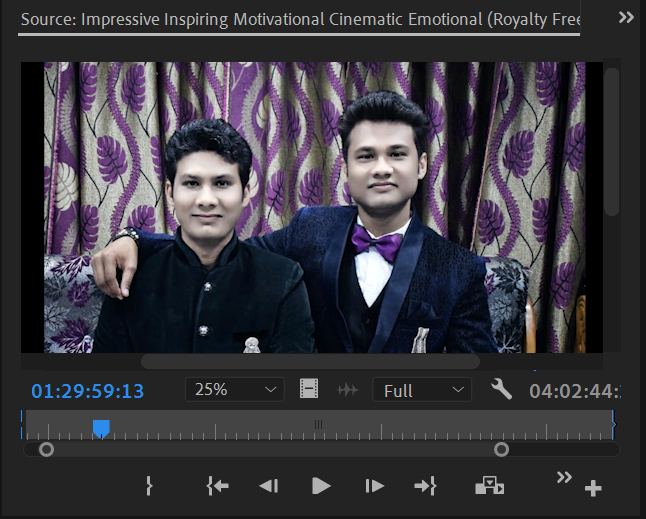 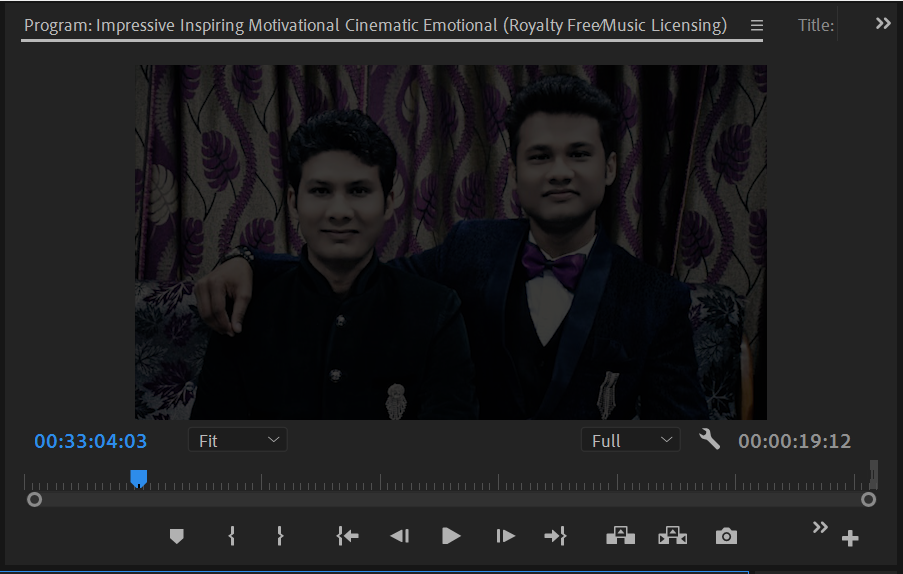 Lastly, you may not have encountered this problem yet, or this problem may sound very minor to you but still, there are many people around there, who are just like me, who have/will encounter(ed) this problem someday. So, if you cannot "Upvote" this question to increase its reach. at least do NOT "Downvote" it.