This is my first time posting, but i'll try to stay concise

For the last 5 days, I've tried recreating my magic system in After Effects in order to make a guide explaining how it works. Because understanding the aestethics of my magic is important to this topic, i'll quickly talk about it:

The Logos is the art of drawing 3D objects using dots and lines. Pretty simple right? Well, here are some rules about the drawing:

In my guide i want to show off the two ways my magic system can look (a sword and a bunch of particles moving around), but i've had varying degrees of success on each. After a bit of googling, I found a plugin called Trapcode Particular that perfectly suited my needs for creating the particles and this is what i managed to create with it: 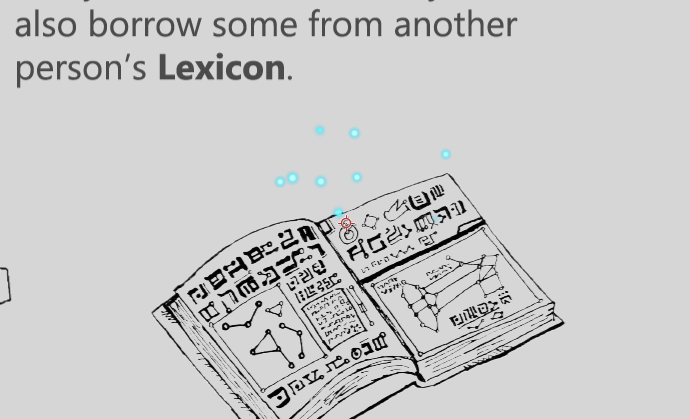 Unfortunately, i didn't have the same luck with the sword. My friend drew a sword for me to base myself, but as you'll see i wasn't able to replicate the desired effect. 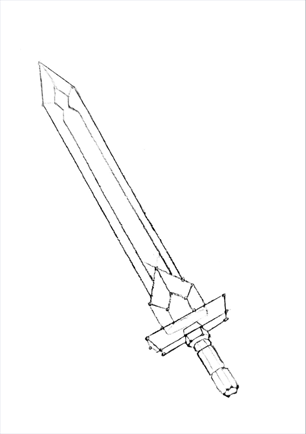 I found a plugin named Plexus that excels in creating dot and line graphics, but one of the problems i found was that it lacked flexibility, seeing that i couldn't chose which lines connected to which dots or where i wanted the dots to spawn. 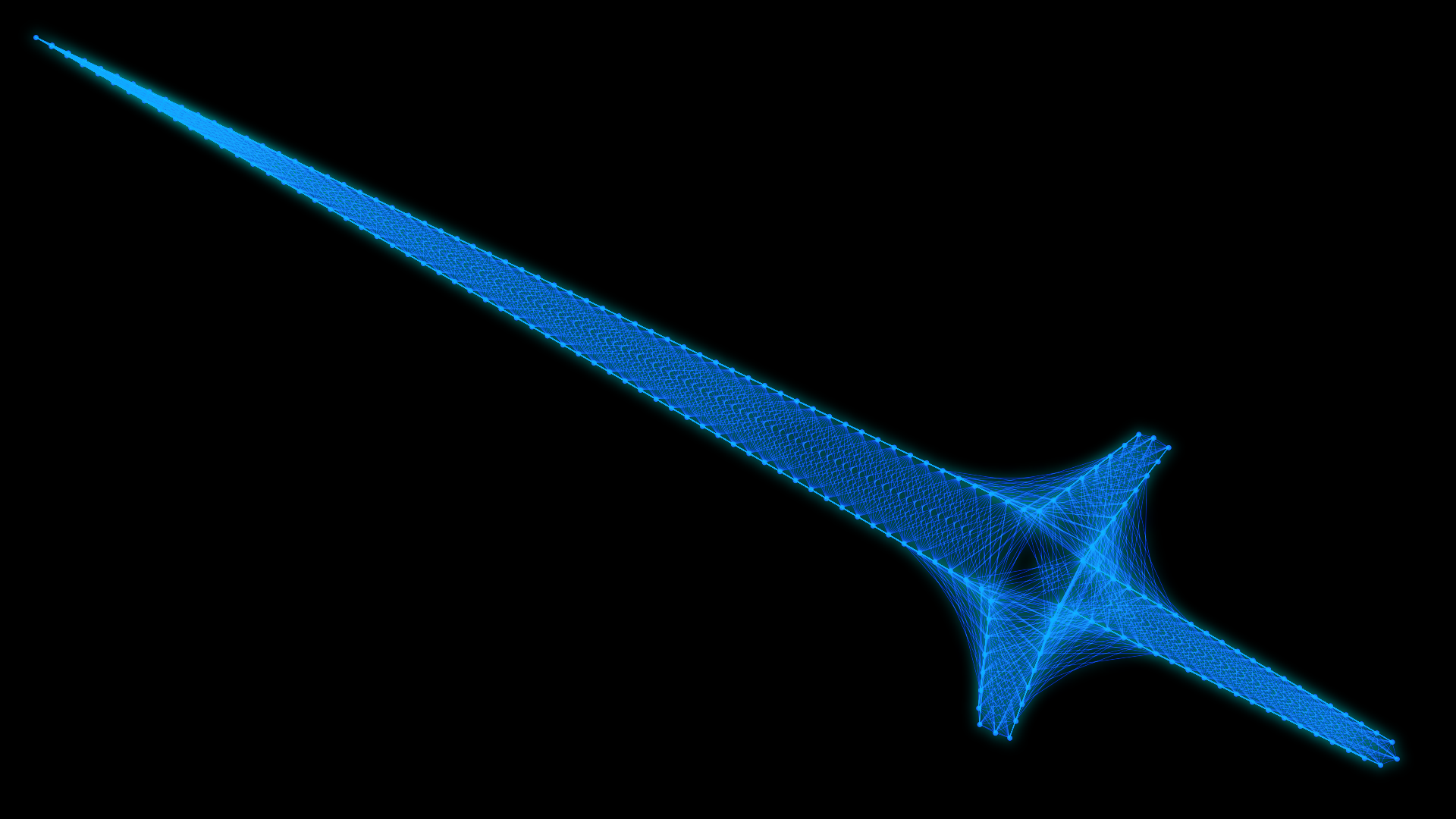 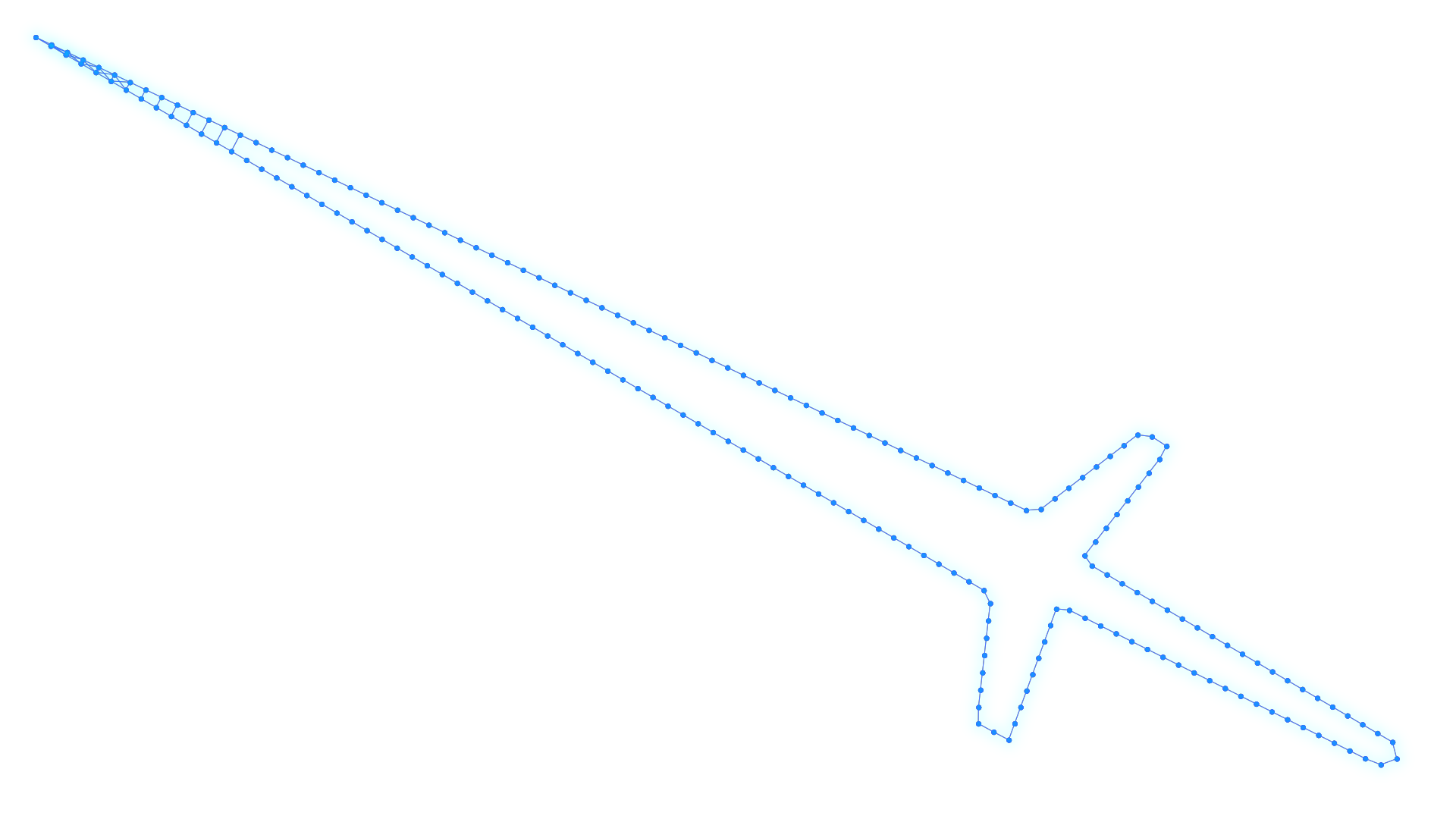 I created a mask and added the effect on top, but i could only 'fill' the mask's outline by creating a ton of dots and lines that i didn't want. The closest i got was creating a small trapezoid with my hands using motion tracking: 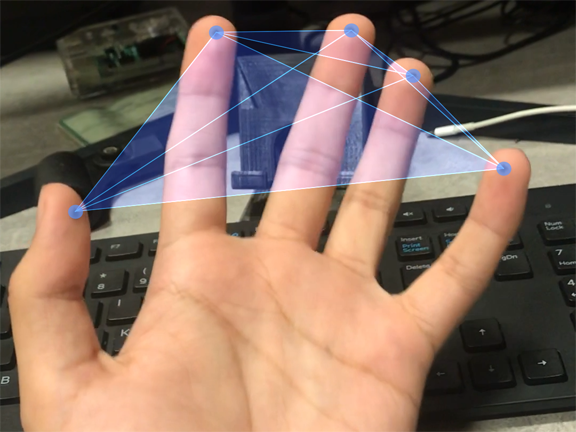 Note the semitransparent layer, the blue dots and lines that my system requires. However, there are still way too many lines for a simple trapezoid because i can't decide where the lines appear, same thing for the layers.

I thought of creating a bunch of dots and simply connecting them with lines, but i wouldn't know how to add the blue layer. That being said, i would appreciate any advice or links to techniques/plugins i could use to help me out!

I think you might be better off building the mesh for your sword using a 3D package, like Blender, Cinema 4D or Element 3D from Video CoPilot. Building hundreds of Beams can be very time consuming, and a true 3D renderer might be easier to achieve the look you're going for.

I'm not sure how far you will get with it, and it might be tedious when dealing with many vertices, but here's one method only using shapes and solids (no plugins needed):

If this is a viable method for you, I will try and explain how to automate the process and draw the semi-transparent solid between the vertices. I hope this helped :)

3
Scripting - Where is the documentation for the Layer#Effects attribute?
5
Footprint or breadcrumb animation
0
How do I recreate this Annotation effect In After Effects?
0
Change the coordinate system in After Effects
2
Rotating the 3d object with the blueprint background
1
How to soften the appearance of particles in Particular
2
How can I remove red dot lens flare from VR footage - Premiere Pro / After Effects