Camera work with huge scenes on after effects

So i'm currently working on a dynamic art work that has a large scene, approximately 1480 x 2940. It's a vertical scene comprised of 3 sections stitched together vertically. Think of it like a large set where i need the camera man to move and capture certain scenes at a certain time 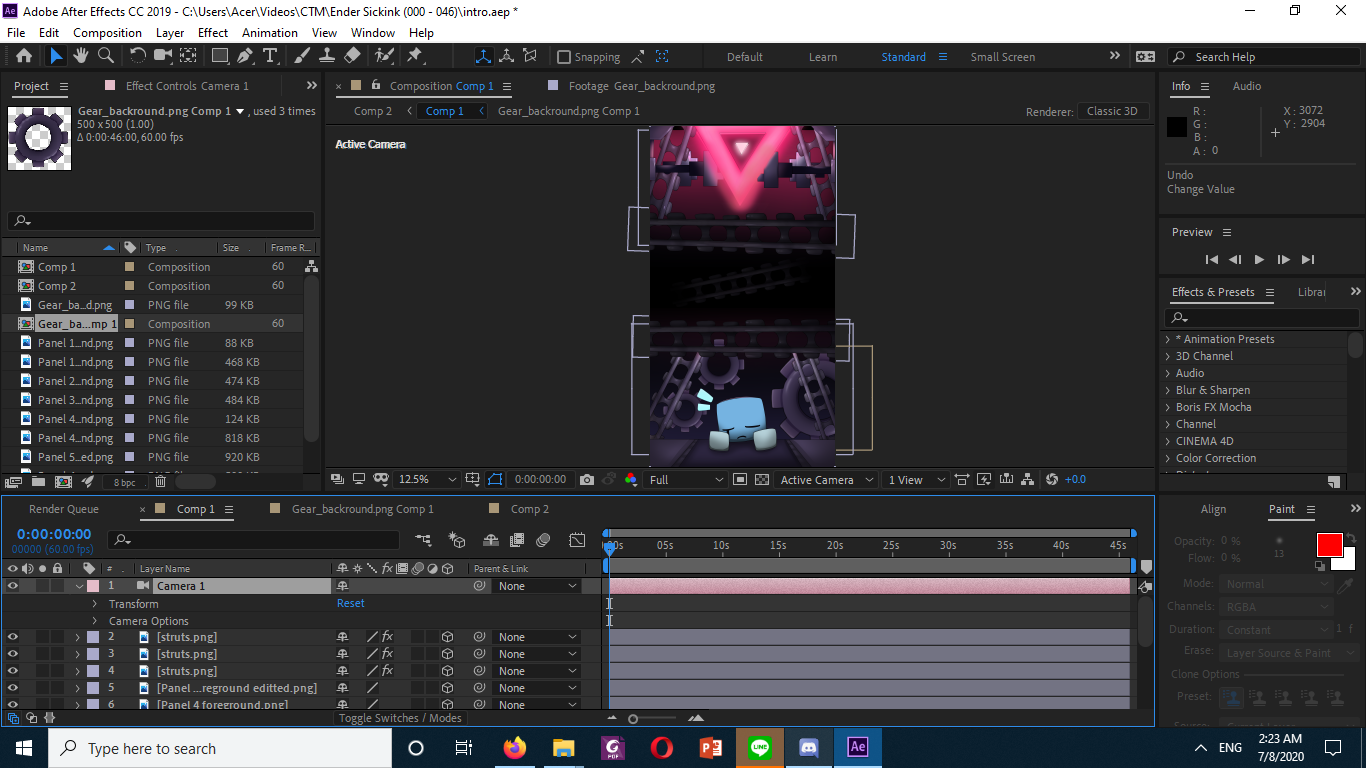 I was planning to do some camera work to show the whole scene in a 1920 x 1080 screen but i realized that i can't change the comp size for camera options to show only a 1920 x 1080 resolution at a time, so the camera ended up showing the whole scene. What's the workflow for working on these sorts of things? Do i do one sections at a time at 1920 x 1080 and then edit the flow with some editing or can i stitch them together and make it show only 1920 x 1080. Note that i also want to preserve the perspective effect of the 3d camera, so moving the composition to a 1080 x 1920 canvas does not work.

Browse other questions tagged after-effects adobe camera or ask your own question.

7
How to change active camera in after effects ( or render a different camera )
2
Why does After Effects not enable me to work with 60FPS?
3
After Effects: Create an isometric/orthographic Camera
1
Rendered File with After Effects is very Huge
0
Camera problems in After Effects
1
How does an optical viewfinder on a film camera work?
0
How to switch to camera view in After effects?
0
Scaling proportionally on After Effects - Shift + click does not work!