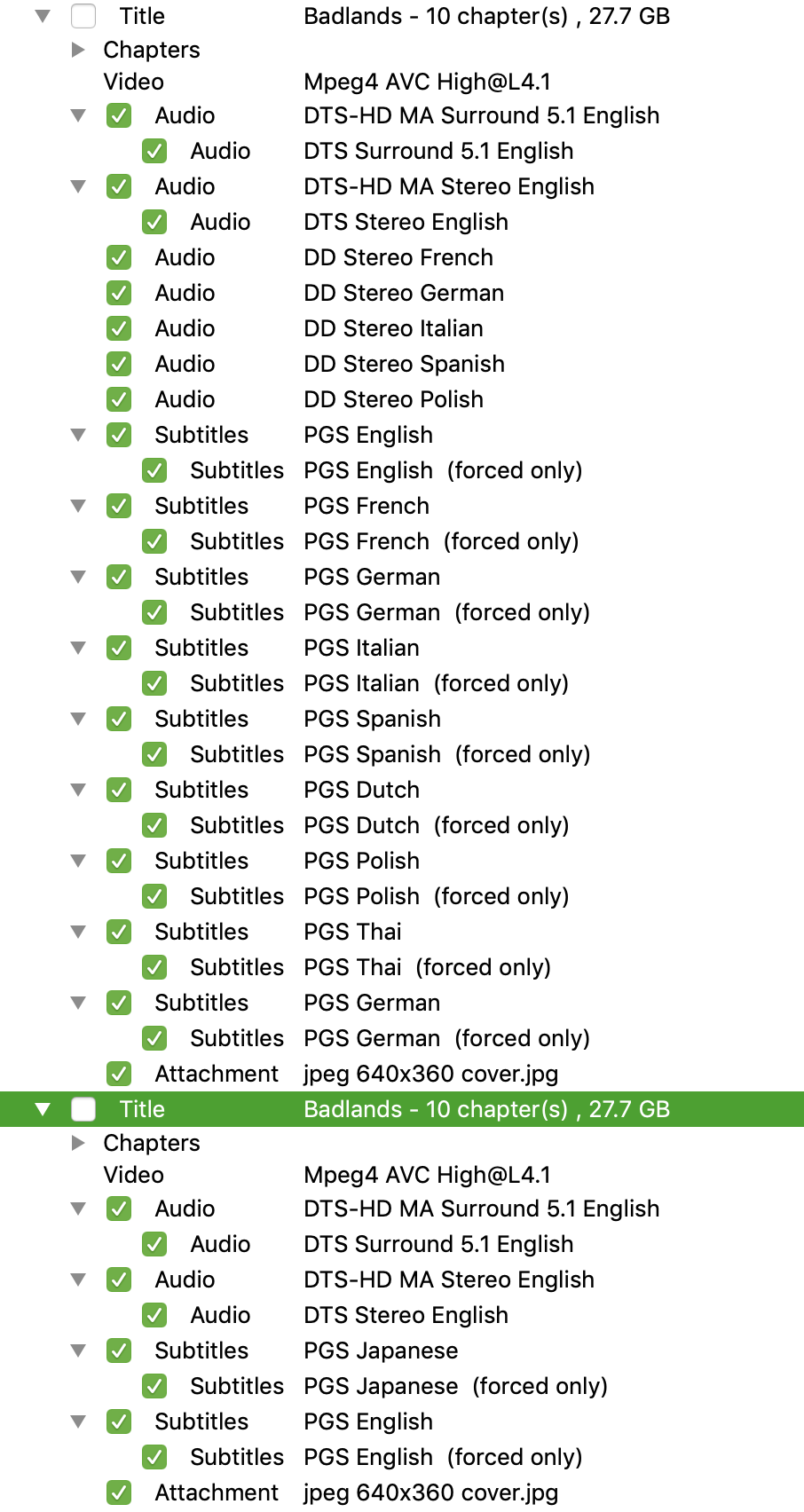 There is no other discernible difference between the titles. They are the same length, the video track is identical. I guess this means that whenever the Japanese title plays, customers will only be able to switch languages and subtitle between Japanese and English and not see any of the other languages.

Is there a technical, legal or cultural reason for this? If so, which one?

Browse other questions tagged or ask your own question.

0
Why would Blu-ray made with Encore CS6 be silent/have missing audio, no sound?
6
Why is there a “2D” disc in every Blu-Ray 3D package?
0
4k upscaled Blu-Ray vs 4k upscaling on a TV