Animating an end of a line along a path. (In After Effects)

So in the image below you see 4 "frames". This is how I see this animation playing in my head.(sorry for quality). Basicly, what I wanna do is to animate one end of a line sliding on the path of the circle. One end (let's call it B) will be moving on the circle, while the other end (A) will be stationary.

So I kinda know how to change position of a point on a path(and thus animate it), but I don't know how to make it move along some defined trajectory (or path; in this case the circle's arc).

Also, a quick small question: is it possible to import a file from Adobe Illustrator into After Effects such that AE recognises the shapes as paths(I mean the ones that are paths in Illustrator). When I do the import, AE thinks those are just images, you know, general objects, not paths. I wanna do some geometry animation, so It'd be helpful I that kind of import would actually work. 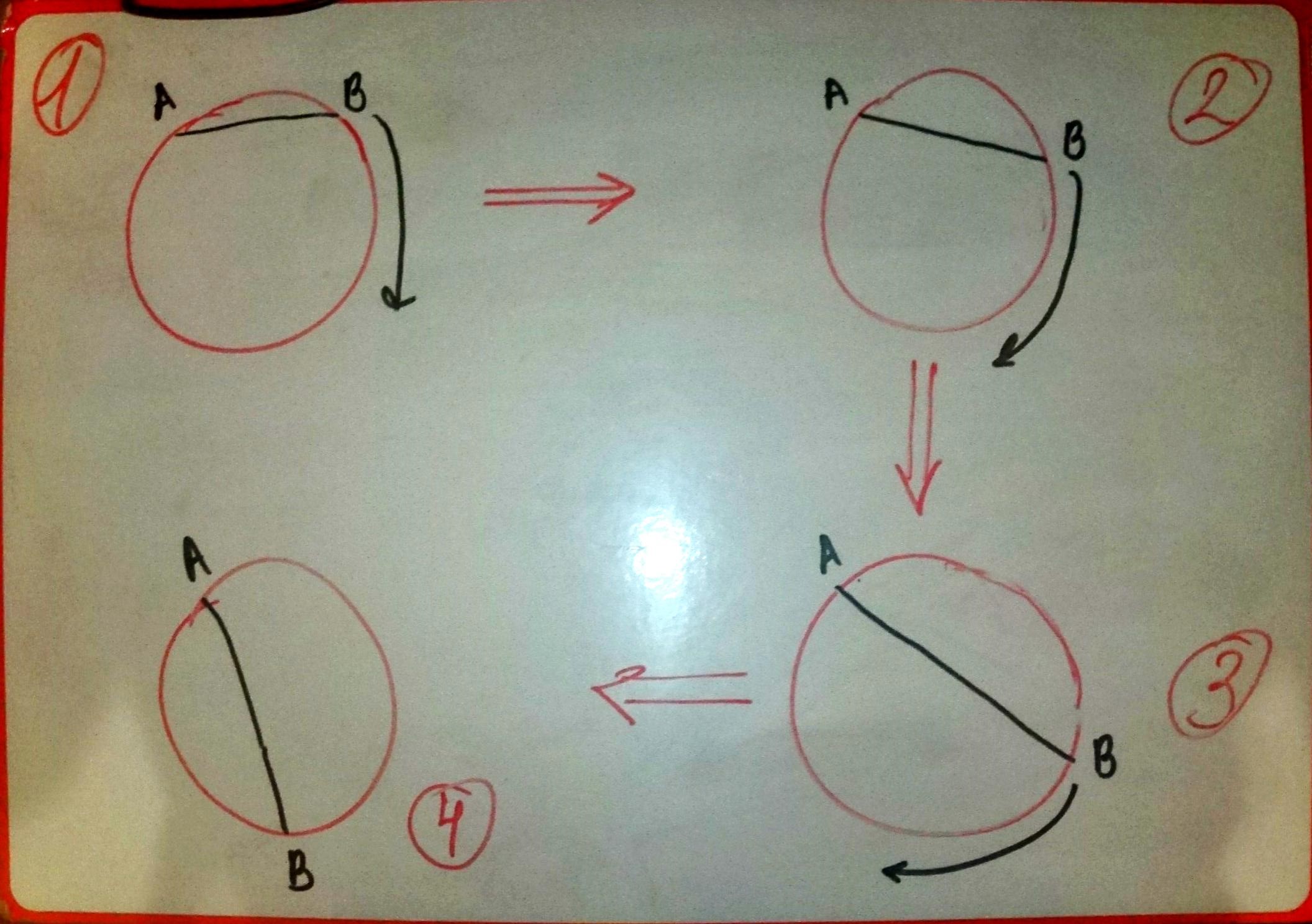 Importing stuff from Illustrator to AE is still a pain. Overlord is a good plugin that makes it a bit easier - it can transfer shapes to and from Illustrator. Also this script helps with putting selected objects in Illustrator onto their own layer.

If you want to move the end of a line around, you could make a null that follows the path of a circle. 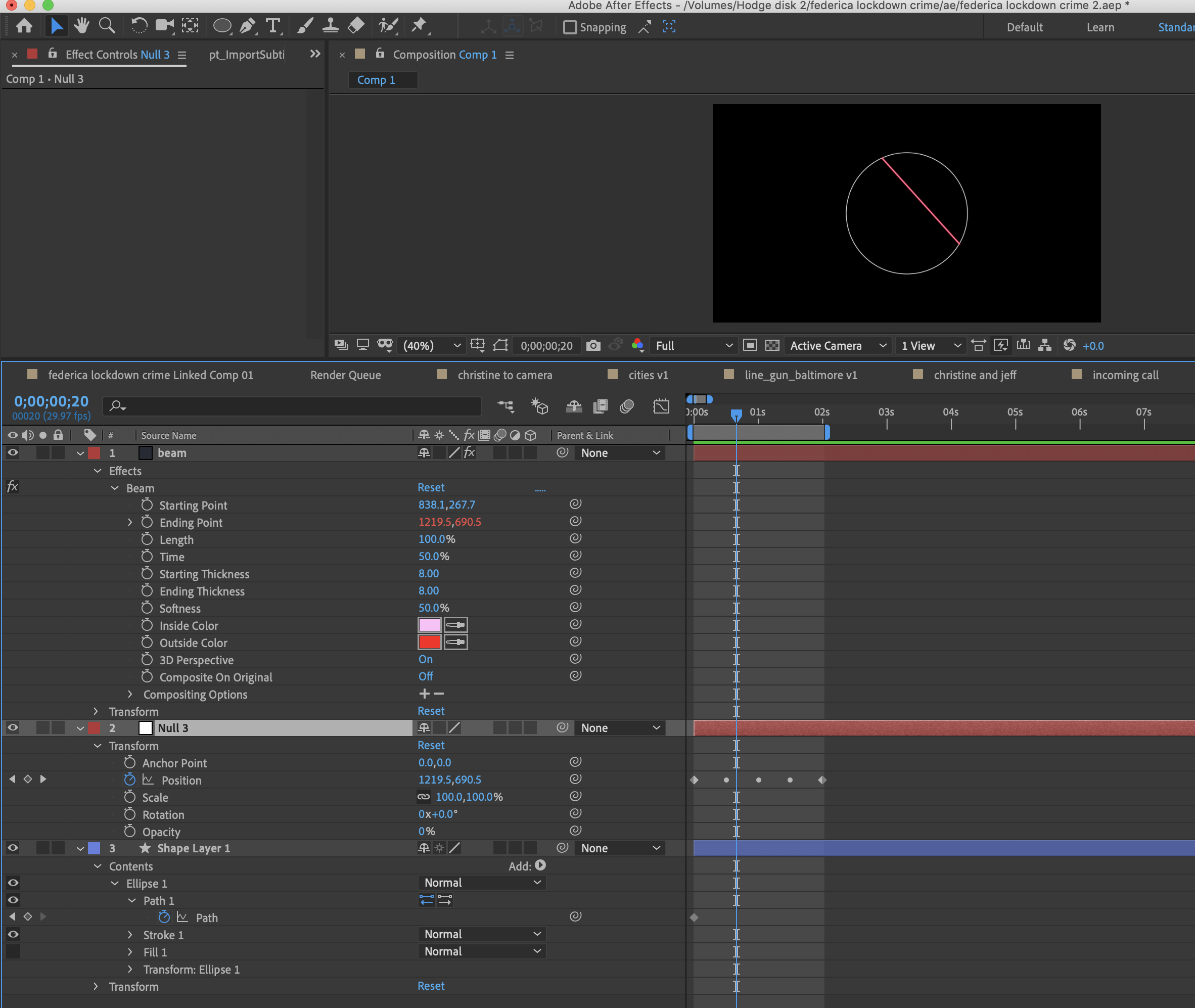 What @TomH said, but instead of the beam effect you can create another shape layer using the pen tool to create a line with just two points. Then use an expression to set the points on that path.

First create a null and put it at the starting point. Do the same for the end point, but parent the end null to the circle.

Now we'll create an expression for the line. alt-click the stopwatch for the Path property of the line. Then you should do something like this for the expression:

This will create a line between the two nulls. When you apply the expression you might find that the line is offset. You need to set the position of the line layer to [0,0] and it should line up perfectly.