I hope someone will understand my question. This is my fusion clip right now

I want to draw a tail of this purple circle. Can't understand which tool will help me. 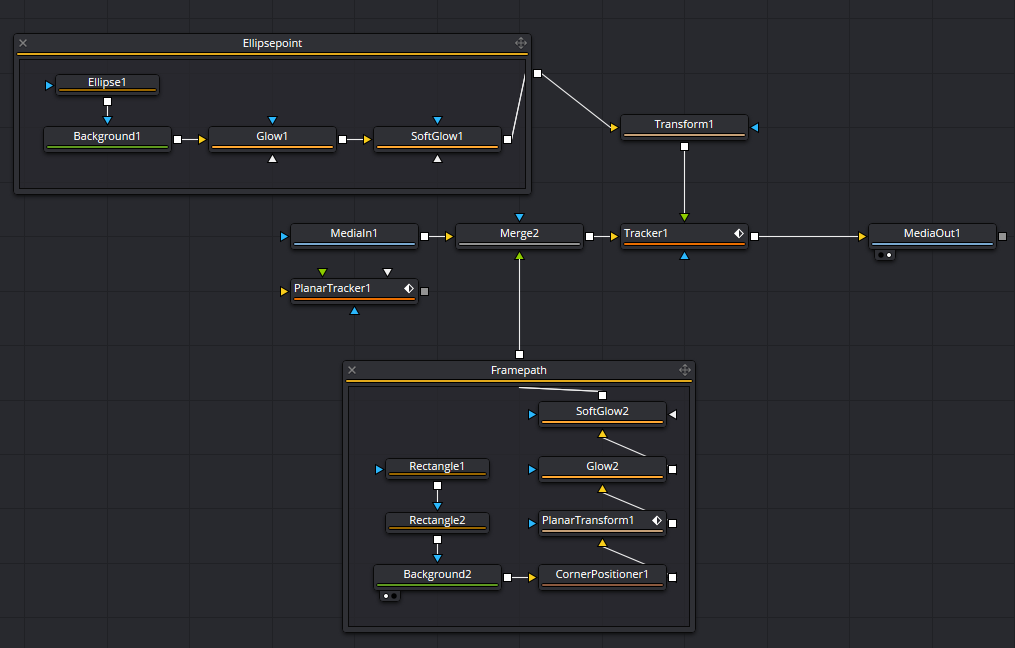 You can get that result with the trails node. It echoes previous frames to make light streaks, smoke whips, and similar effects. You could use a scale value of less than one to get the tail of the object to shrink toward the end. Playing with the gain would make it fade out with age. For a sharp tail, like the ones in your example, leave the blur size at zero.

Be careful though, trails is a resource-hungry node which isn't optimized well. It's an easy, direct way to get the result you're after, and the first one that comes to my mind, but it's probably not the most efficient. Also, it requires the playhead to be moving, and skipping around on the timeline will give you weird results, which is what the "reset" button is for. Play around with it a little, and you'll see what I mean.

One final tip: use small value increments. Hold the alt/option key when you're adjusting parameters with trails to do fine adjustment, because the results stack exponentially.

Not the answer you're looking for? Browse other questions tagged davinci-resolve fusion or ask your own question.