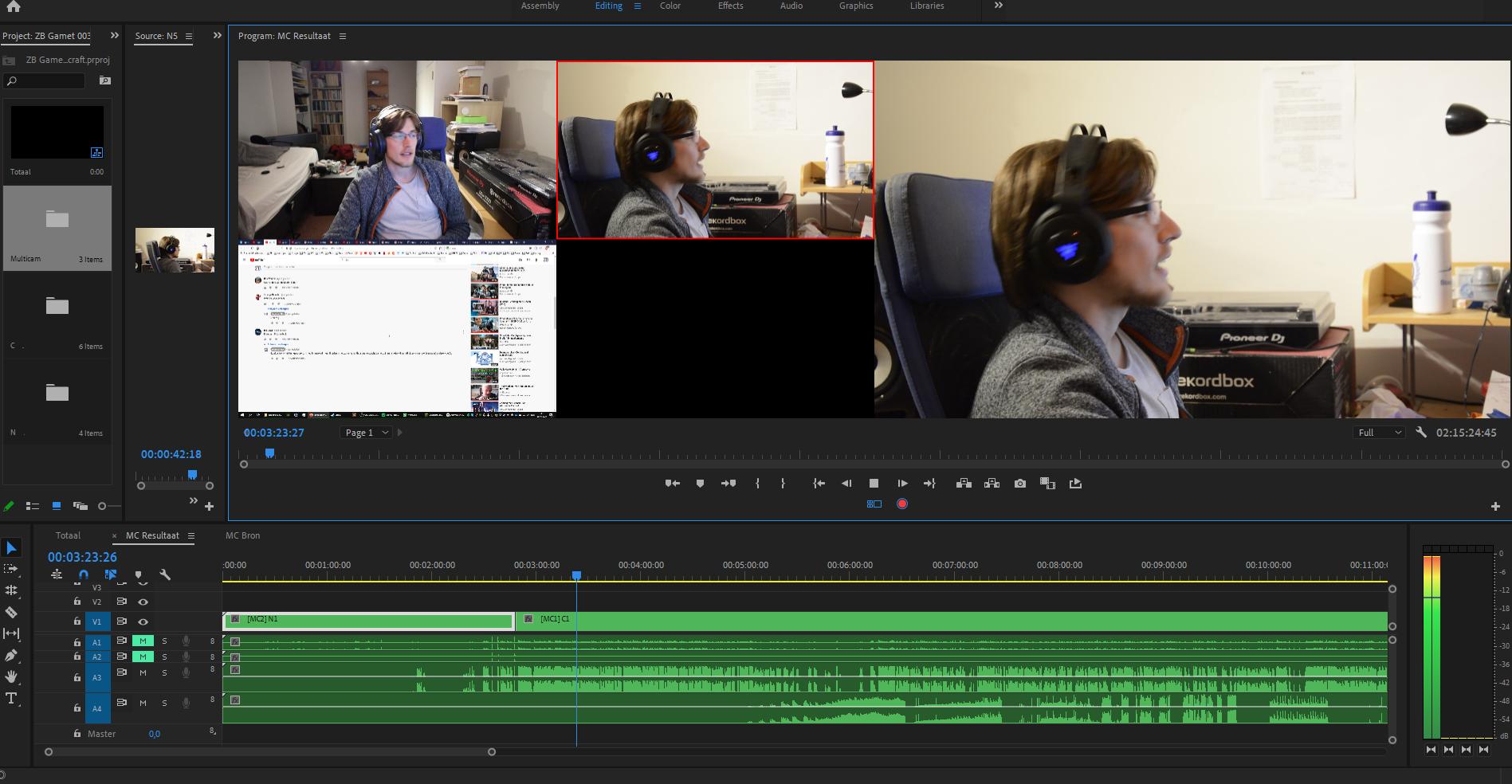 Over at Adobe's help website, there also is a tutorial that mentions pressing the button as a step in the Multi-camera editing workflow (step 6). It doesn't state though what the exact function of the button is.

The record button has three states:

You're not selected on a multi-camera sequence, or you haven't enabled the Multi-camera View button, so you can't record camera cuts. (You can still change camera on a selected clip).

If you have a clip selected, and select a different camera, the whole clip will be changed to the new camera. If you are playing a multi-camera clip, in multi-camera view and change cameras, the changes will be recorded as cuts, nothing will happen.

Record enabled Does exactly the same as record standby, as far as I can tell.

At this point, I think the blue circle must only be there because they though it looks nice. It's like the close button on an elevator door....

The rectangles around the multi-view cameras show:

As soon as you stop playback, the red rectangle highlights become yellow highlights.