How to include guitar tabs from guitar pro in video?

Guitar Pro is a software that is used to write and play back guitar tabs (or any music notation for that matter). Similiar to the video below, I want to overlay the tabs played in guitar pro to a video. How would I do this? 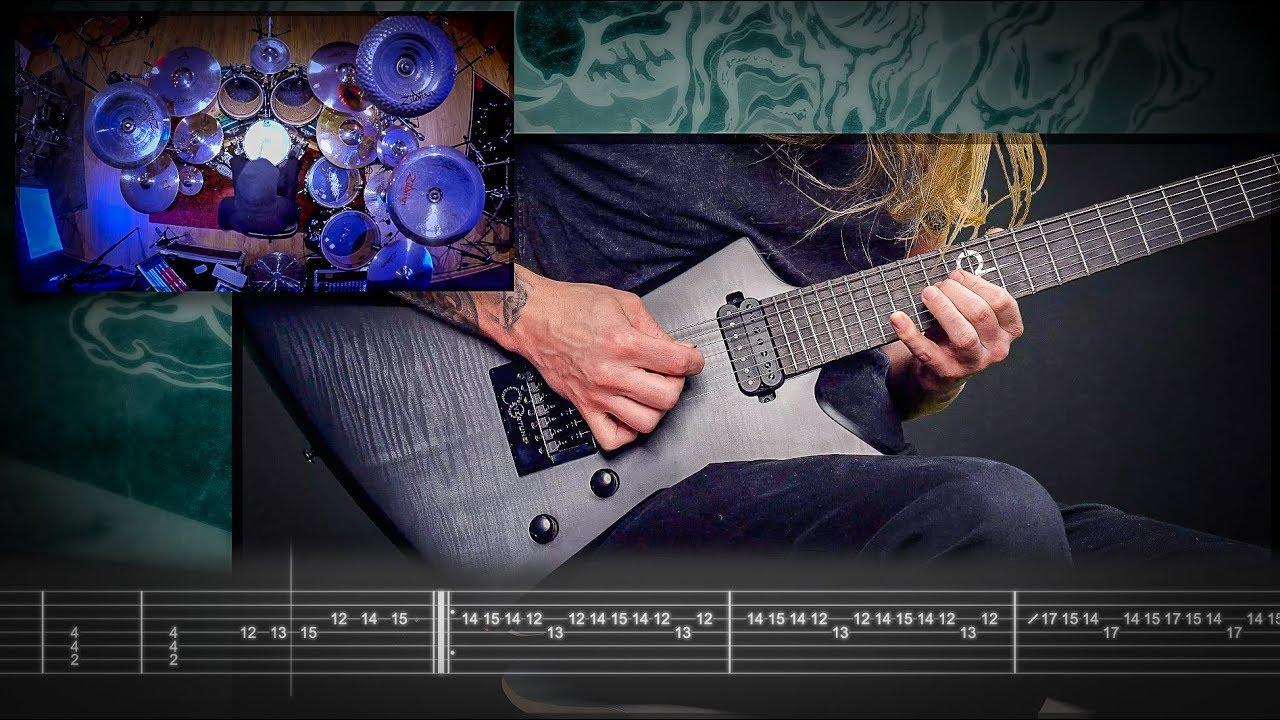 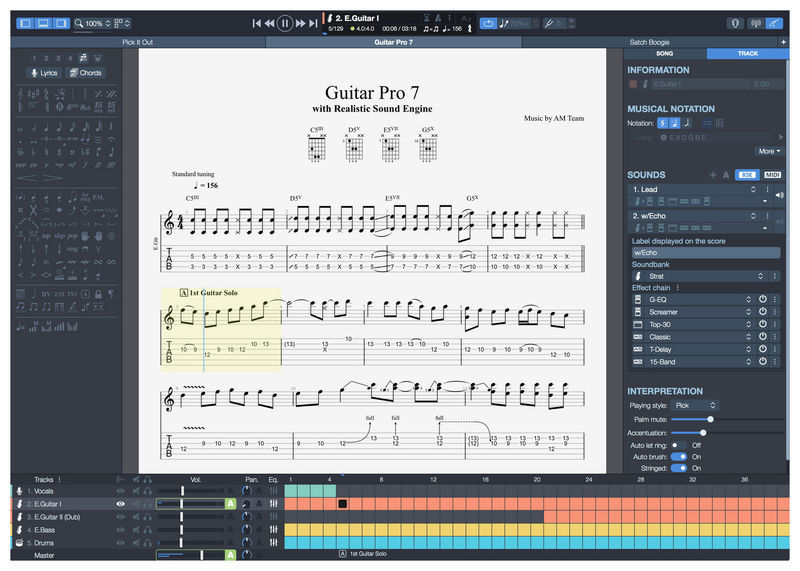 The Guitar Pro website doesn't list video as one of the output formats available within the software. So, you'll need to use screen capture software to record the animated tabs, then composite this over your instrument footage.

Alternatively, you could use hardware video mixing devices to combine the video feed of the tab playback with a live camera feed of the guitarist. This is how many video game streamers composite video feeds with their live gameplay. Blackmagic design makes an entry level device suitable for this purpose called the ATEM mini. AJA is another company with similar devices.

Neither of these methods will allow you to alter the format of the output from the guitar tab software; what you see is what you get. For example, if Guitar Pro 7 doesn't have a continuously-scrolling lower third output format (Like the one in the Cerberus video), you'd need to manually re-create the lower-third tab notation, and then composite it with your guitarist footage. You can get as fancy as you want with this method, using motion graphics techniques and software such as After Effects, Fusion, or Motion (to name a few), but you could also keep it pretty simple; It's pretty straightforward to animate an image moving left to right in any NLE. You could use photo editing software like photoshop to convert one of the printable export formats of GP7 into a long, horizontal image, overlay the graphic on your footage, and animate it by setting a position keyframe at the beginning of your video, and one at the end (use linear temporal interpolation for steady movement).

Not the answer you're looking for? Browse other questions tagged editing effects recording or ask your own question.

2
I'm trying to add guitar tabs to a music video, do you know any software to do it?

2
Sony Vegas 10 Video made from smaller quicktime mov videos look crap on youtube
2
Video editing objects from black and white to colour
4
What is the best method to record a home video of multiple players?
1
Record video and sound with backtrack
0
Program to convert videos by interpolating 30fps video to 60 fps similar to Splash Pro video player
0
Adobe After Effects how can you create a distorted line moving along a video / picture? Example given in desc
3
How to remove background from video without using green screen
1
How to remove steady video frames from 24/7 video?
2
How to edit laying snow into a video?