Do I need to animate it in a 3D software and then import that model with the animation in After Effects or is there an easier way to create it solely in AE?

NOTE: The sphere needs to be scaled on the y-axis. I don't want a perfect sphere and therefore can't use the CC Cylinder in AE (I think). 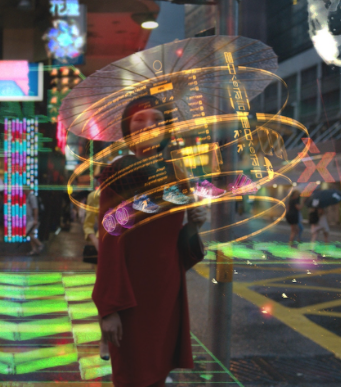 This is not something you should ever do in After-Effects. Primarily, After-Effects is a motion-graphics program, so it works in 2D 99% of the time. Something like this scene from ghost in the shell was probably created using a 3D-Program to model out the cylinder (Modo, Cinema4D, Maya or Houdini could have been used), and then send over to a compositing-program, of which I'm pretty sure they used Nuke. If I was to get a job like that, this is how I would've worked:

Not the answer you're looking for? Browse other questions tagged after-effects 3d or ask your own question.

3
What techniques are used to create this 1-minute motion graphic?
2
What software to use for lighting and rendering 3d animation shorts?
3
How do you zoom in (animated) on a portion of your canvas?
2
Why do a lot of animation videos have wiggly lines?
0
After Effects - EG Template: Of 2 keyframes I only want to change the 2nd in EG, help!
0
Text Anagram Animation in After Effects
0
Line up photogrammetry mesh with tracking markers
1
Best way to create external alterable configuration file to be read by After Effects and Java
1
After Effects, text layers and depth of field