How can I recreate this overexposed effect from the last scene in 'The Lighthouse'?

I just finished Robert Egger's film 'The Lighthouse', and one shot in the final scene really inspired me cinematically. Winslow, face covered in blood, finally goes up to the top room in the lighthouse, and the light opens up. The shot is from the POV of the light, with Winslow staring in at the camera. The light continually gets brighter and brighter to the point of heavy overexposure in the eyes and mouth as he screams, making him look like a film negative. This is an effect that I really want to recreate for a specific shot in my project, and I don't know how to achieve it.

Was it done by increasing the brightness of a light manually, with the overexposure being completely natural? Or could I just increase the levels? Which way do you think is best?

You can tell by the shadows that light's illumination was increased. However, you can acheive a similar result (though not perfect) by just keyframing the 'Curves' effect in After Effects. (I had better results with 'Curves' as opposed to 'Levels') See below: 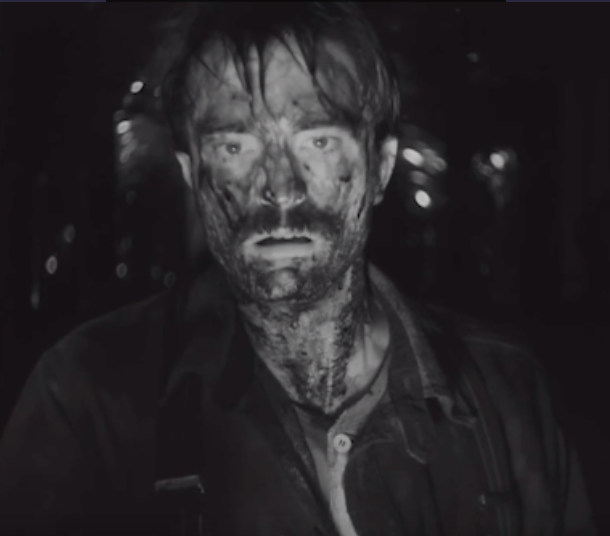 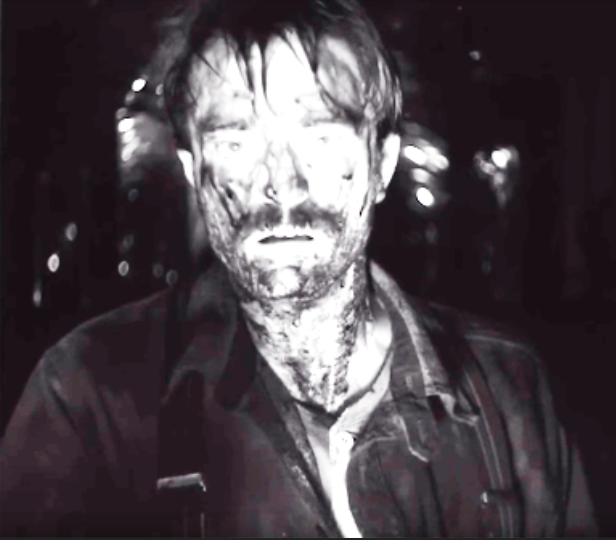 The curves were keyframed from default to: 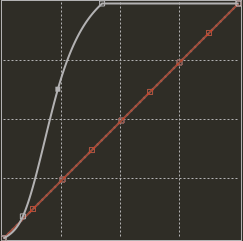 The top point is to blow out the whites, the middle point lifts the greys slightly and the bottom point keeps the blacks from getting brighter.

Now, you'll notice that this has lifted the red values a little more than I'd like. This could then be fixed with a 'Tint' effect or by bumping the saturation way down with a 'Hue/Saturation' effect. Or even by messing with the individual RGB colours within the existing 'Curve' effect.