I had some old super 8mm film digitized, and the result looks almost right. I did a little poking around and I'm wondering if they squished the film into a standard (but wrong) aspect ratio.

The video files are of course too large to upload, but I used "Photos" (comes free with Windows) to snip out a 4-second chunk. I've got other video editing software, but thought Photos had the best chance of not doing anything to the video except extracting the desired scene. It's shared on my Google Drive here.

Just for fun, I laid the super 8mm film across my negative scanner and got an image, since the scan was at 2400 dpi I did the math and the images are about 5.58 x 4.27 mm which is approximately what you expect for super 8mm.

Am I overthinking this? Or should I take the time to drop each video file in my editor and squish it into the right shape? 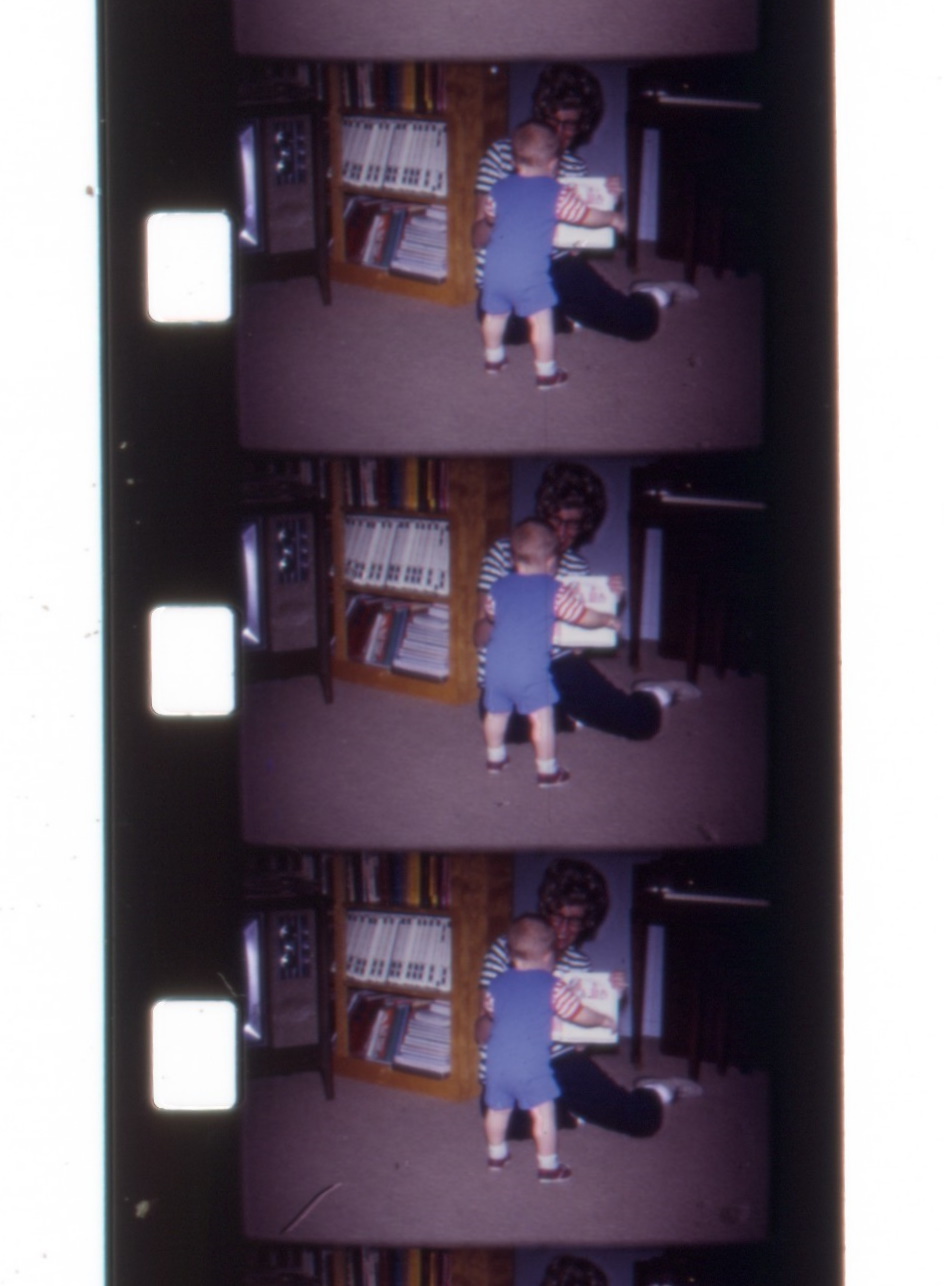 After posting I had a thought - what if they digitized it at the right aspect ratio by trimming? So I found the image in the video that matched the frame I had scanned on the original film: 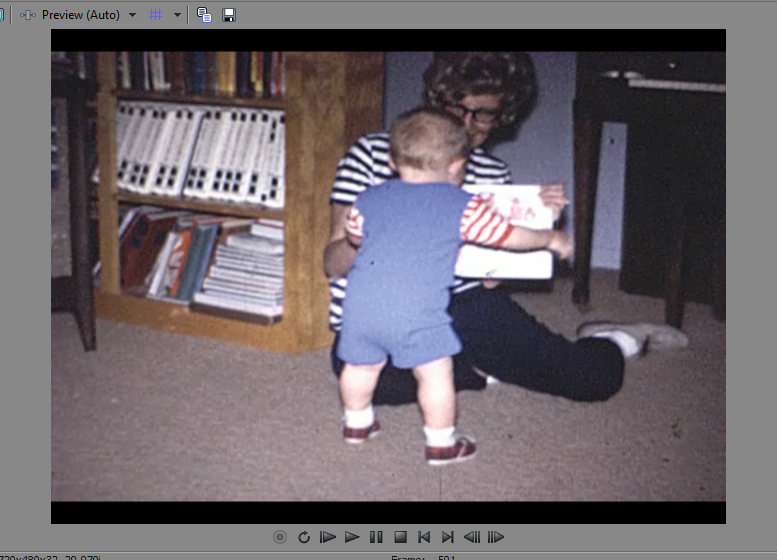 At first it looked like I had the answer, as they had clearly trimmed my mother's hair in the digitized video. However, by zooming in on the encyclopedias on the shelf:

In the scanned film, they are 99x69 = ratio of 1.434; in the digitized video they are 156x94 = ratio of 1.660. So yes, the aspect ratio was in fact altered during the digitization process, and by about the amount expected from my original calculations.

Yes, digitization screws up the aspect ratio. See the reasons for my conclusion after "EDIT" in the question.

Not the answer you're looking for? Browse other questions tagged digitisation or ask your own question.