Help with composition of a movie shot - direction of character's eyes

I am making an animated short and I need help to decide the right direction of the character's gaze. 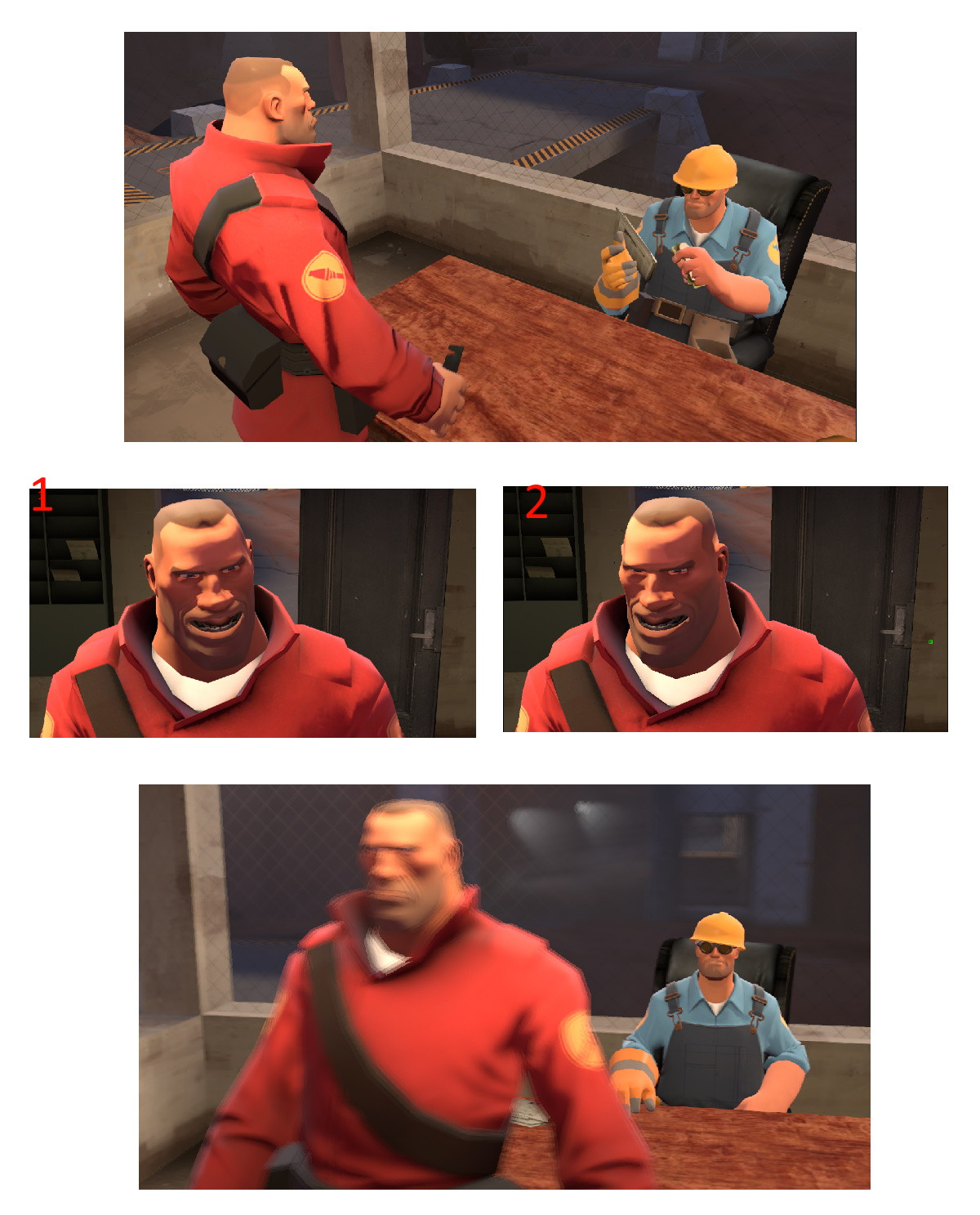 The uppermost shot is the preceding frame - the Red is standing over Blue, and looking down. He is slightly to the left of him (the axis of the camera is on the right side of Red)

The last shot is the following frame - Red is leaving and the camera stays on the right side of the axis.

The 1) is feeling more natural to me, Red is looking to the right side, which the Blue occupies in other frames.

But case n.2 makes more sense, as Red is looking down and to his right, where Blue realistically is in the scene.

I am not sure which one to use.

Shot 1 makes the most sense. In shot 1, your camera doesn't "cross the line" between the two characters. (That's an important cinematography rule; audiences unconsciously expect it.) Here's the easy way to apply this rule to a scene with 2 characters:

I find that charting the room can help with figuring out eyeline. Here’s the overhead of your scene. 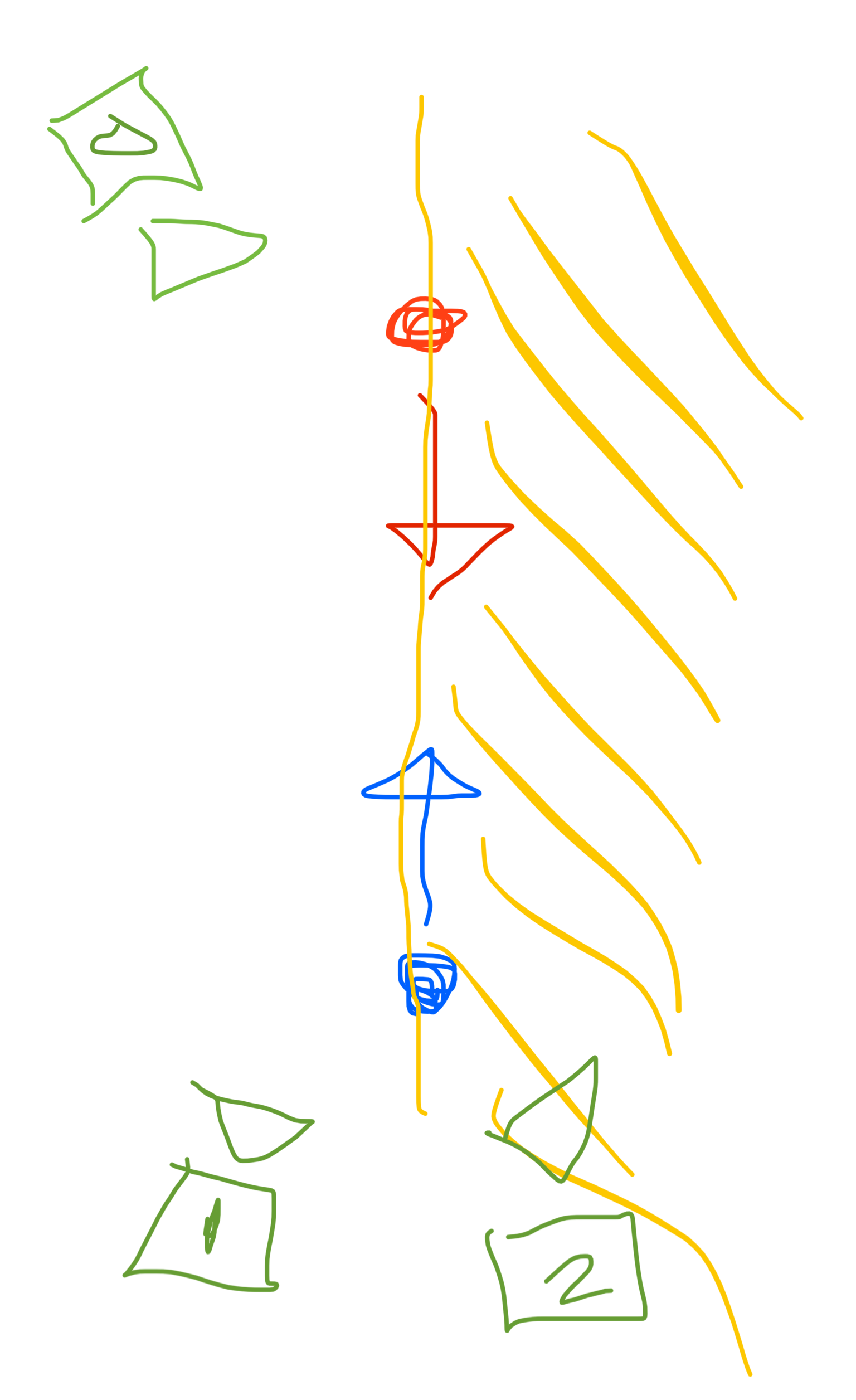 The two characters are the dots matching their shirt colors. Green camera 0 is the wider shot. The yellow line is the eyeline created between them that indicates the 180 degree rule. With your establishing shot, you need to stay out of the yellow dashed area. You can go there but it’s best to avoid it unless you’re doing it intentionally. The two cameras labeled 1 and 2 represent the two shots you’re considering.

You can figure this out without a chart, too. In your wider shot you’re seeing red’s right cheek. In general, that’s the cheek you should keep seeing. If you see the left cheek, you may have crossed the line (unless the eyeline changed).

So, shot two would cross the line. In order to see red’s left cheek you’d have to be looking over blue’s other shoulder if they’re meeting each other’s eyes.

I have a guess why it might seem better to go with angle 2, or at least why angle 1 might seem wrong. I’ve added another arrow to the image above: 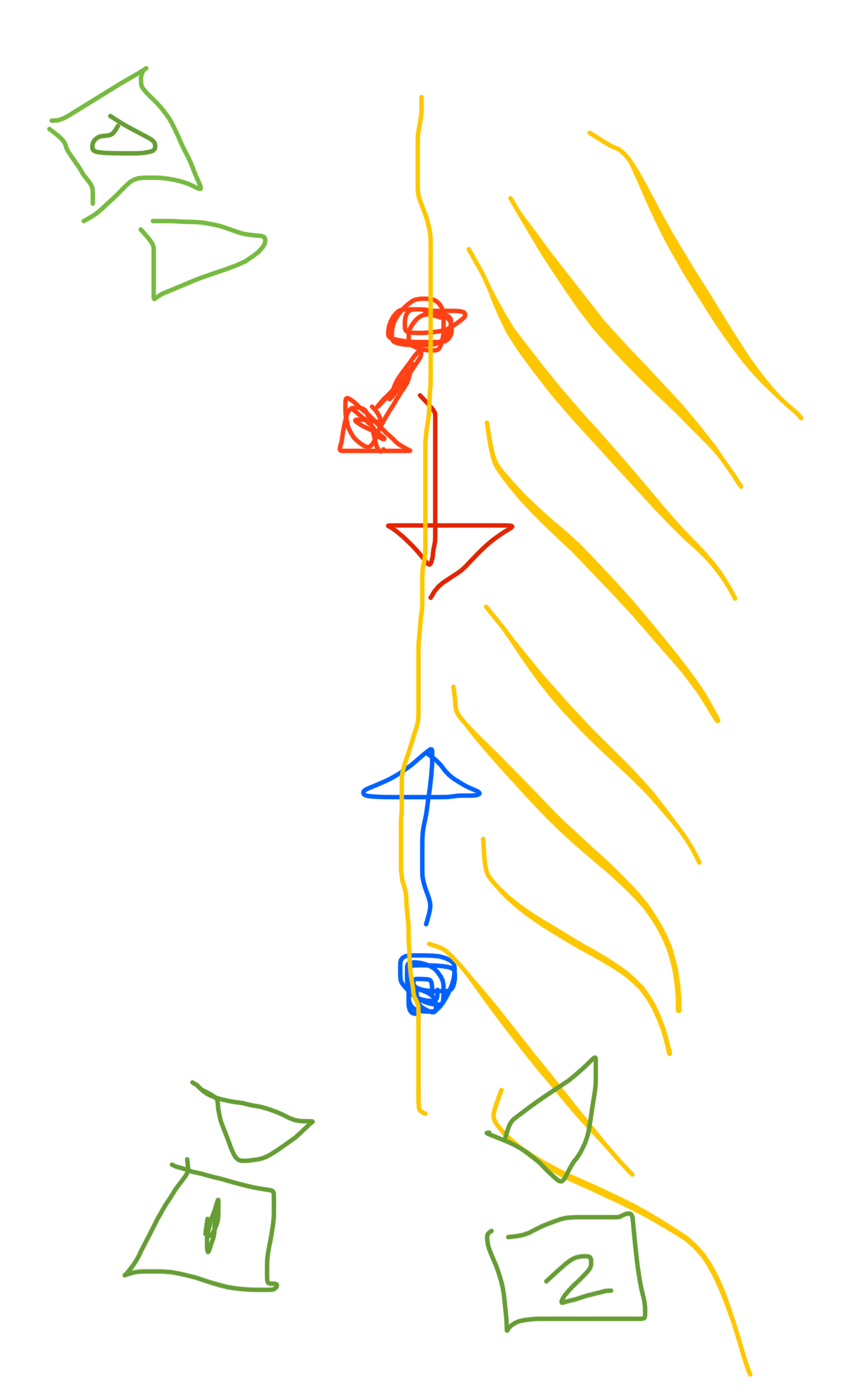 This short arrow is how the body position of red appears in the scene. Red seems to have his chest open to blue’s left rather than being the same as his eyeline. You can see red’s right shoulder closer to camera. In angle 1, it seems to be farther back than the left shoulder, making it seem like you’ve crossed the line of his body even though you haven’t crossed the eyeline.

So, you’ve mixed angle 1 so it can seem a bit odd. In angle 2 the eyeline and body position both point left so even though you’re crossing the line, the body and head are aligned. In fact, the body position in both angles 1 and 2 look identical, which seems wrong.

If you square up red’s shoulders with the eyeline, I think it might improve the shot.

3
What is a subtle displacement at the moment of the cut?
6
Sync separate audio to video+bad-camera-audio, free NLE recommendations
6
One long continuous shot, sped-up until it becomes "live"
1
How blockbusters movie producers deal with 8K videos editing