I'm trying to film in a city with one person being the focus point, and the goal is to make the city look deserted. If the city is always busy and full of people, is there a way for me to remove the people in After Effects or Premiere Pro? I would think that one could just make a composite shot of only the parts of the image that stay constant, but I have no idea how to even approach that. How can I do this?

Is the camera moving? If it's a still shot you could make a clean plate of the empty city in Photoshop and use a green screen for the actor. If you don't want the shot locked-off you can cheat add some movement to the frame in post, but big changes in perspective would require recreating the city in 3D. 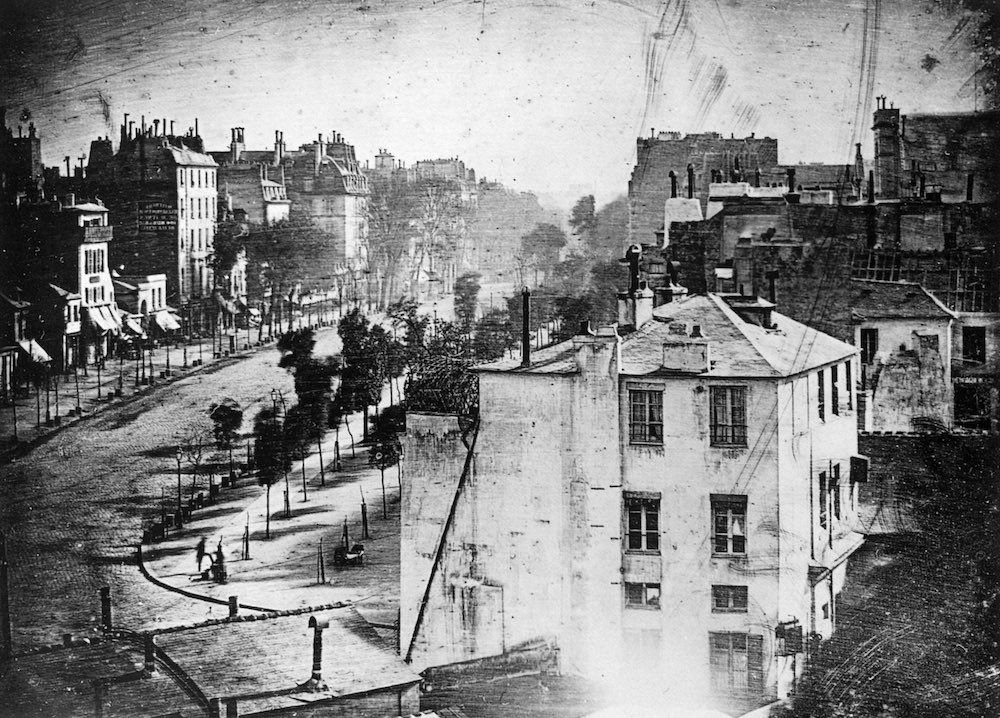 Interestingly one of the earliest photographs of a human being was by accident — owing to the extremely long exposures required by the early emulsions, anything moving would blur out. In a photo by Louis Daguerre there was a guy standing having his shoes shined and he appears to be the only person in Paris. You could use the long exposure technique to get your background.

Not the answer you're looking for? Browse other questions tagged premiere after-effects editing adobe compositing or ask your own question.

3
Choosing the right program for video editing
2
How to simulate a photo being taken from the photographer's POV in a film?
1
How can I create the blurring effect in a video like this?
2
Make video look like it was shot in a dark room
2
Remove unwanted person from background of a shot?
1
How can I remove an object from a shot?
1
How do I crop a video with a particular point of the video always in the centre of the frame?
3
Use of time remapping to stabilize the velocity of a rotating object?
2
How can I recreate this overexposed effect from the last scene in 'The Lighthouse'?
1
Transition / Cut Advice for Video Idea