I used to work with Vegas a lot, but my organization is now using resolve. One feature I’ve been missing and trying to find an adequate replacement for is the ability to have the little video preview you see while editing be at a lower resolution than the actual video, so that it can render faster and be smoother while you’re editing. As it is, resolve is trying to run that preview at full resolution and with my PC specs it’s just not going to happen. I’m pulling about 5-10 FPS which is very disruptive to my editing flow. In Vegas there was a simple drop down menu next to the preview pane where you could select the resolution to preview in (full, half, quarter, or auto); it doesn’t seem to be that simple in resolve but is there anything that would have the same effect?

I believe Proxy Mode is what you are looking for. You can find it in the Playback Menu. 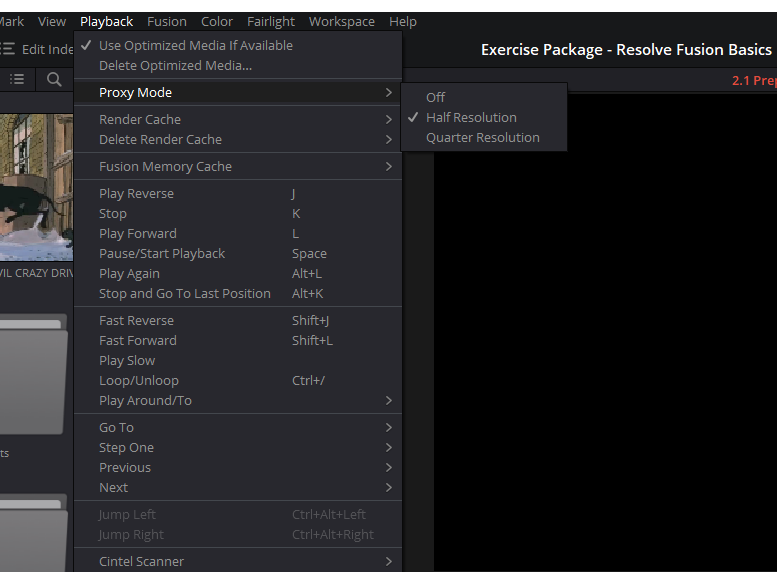 Not the answer you're looking for? Browse other questions tagged davinci-resolve preview rendering or ask your own question.