I imported several MP4 screen recordings (using Windows Game Recording) into Premiere Pro to edit together, but I noticed all but one of the clips in the timeline have unsynced audio issues.

After investigating a little, I believe the root of the problem to be the fact that each of the videos have different audio bitrates, data rates, and total bitrates (when looking at their properties). I think that when I set a sequence's settings to match the first clip, the audio follows the bitrate of that clip and other videos have skewed timings. 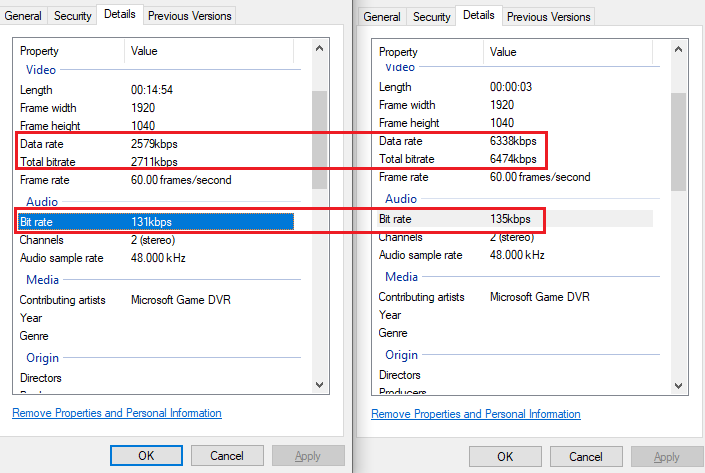 Does anyone know a fix for this to somehow edit together files with different bitrates in a way that wont change its playback speed?

Okay so I found the issue and a quick fix for the .mp4 audio sync issues. First you need to backup your video files, then change the file extension from .mp4 to .mov. This will allow you to reimport with accurate playback speed.

If Premiere gives you a weird error upon importing, make sure you have QuickTime installed from Apple's website, restart, and then try again.

The fix came from this video, and I hope it helps someone else!