Can this be created in a free animation software like Synfig or OpenToonz?

This animation is made in After Effects but can this be made in a free software?? 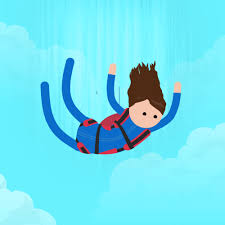 I think you can use Krita 4.0+ for this animation.

Actually After Effects isn't even well suited for character animation (regarding commercial proprietary tools, Moho, ToonBoom Harmony would be much more appropriate for the task), but Synfig might probably be your best choice.

While it's true that Open Toonz is used by Ghibli they are also a traditional animation house, and Open Toonz is a 100% adaptation of old-school analogue techniques and frame-by-frame animation. This is very time consuming and you'll need a lot of man-power to get even short scenes animated this way.

Synfig uses a more modern approach by implementing IK chains and bones to do "puppet" animation, which is closer to what is shown in your linked video and will get you the desired outcome much quicker than having to draw every single frame by hand as you'd have to do with Open Toonz.

Blender https://www.blender.org/ is your best friend.

It is not only for 3D characters, it is also not only for 2D hand-drawn animations. The specific animation like the example or like a lot of animated gifs on Dribble can be animated on blender. You can add a bone structure, or having elastic limbs using curves.

I have made some 2D animations but I first prepare the base assets on a vector-based program. I use Corel Draw but you can use Inkscape.

Not the answer you're looking for? Browse other questions tagged animation youtube or ask your own question.