My Adobe premiere is slow running on my pc. Playing video slow, edit text slow. Below is my computer spec. What else can I upgrade so my Premiere can running fast. 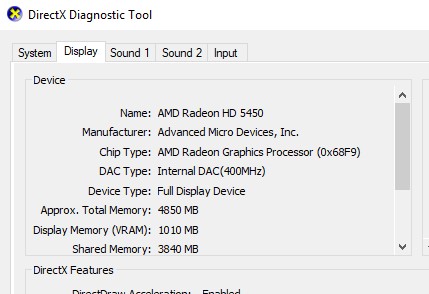 You seem to have a low-end $50 GPU on a low-to-mid range Windows PC (Core i5) with the bare minimum of RAM (24 GB). I'm betting you're using a "spinning rust" drive instead of an SSD as well.

If you're serious about video editing, you should START with the recommended requirements described at this link: https://helpx.adobe.com/premiere-pro/system-requirements.html

A "decent" system for Premiere will typically have an nVidia Quadro GPU, possibly 2 of them.

Premiere will take all the hardware you can give it and still come back for more. Adobe gives short shrift to non-CUDA GPU. Plan on buying at least an $800 GPU for serious editing work.

Please describe the type of video work you want to do. Premiere requires a serious investment to get real work done, but you may be able to use a lesser tool for what you need to do. Nowadays I tell a lot of beginners to get an iPad Pro and use iMovie or LumaFusion, or on Windows - Camtasia/Vegas.

Depending on what you are working on, your RAM is probably fine. More would help with RAM preview in AE and would help if you have buffering issues, but mostly you have a GPU and CPU problem.

GPU is underpowered by a lot. Getting at least a $450-$500 GTX card would significantly boost your mercury playback engine support. CUDA capable GPUs will give you the most bang for your buck in general.

Hard drive, if you don't have SSDs is also a huge limiting factor depending on what your working with for video. If video can't transfer to/from the drive fast enough to supply Premiere, then it is going to stutter while it waits for the data to load. Magnetic drives can't read from random locations well and if they have to read multiple video files and renders at the same time, it will have to do a lot of seeking that absolutely destroys the data retrieval speed. SSDs, even a fairly slow one, remove this limitation and greatly improve performance. Probably not quite as much as improving the graphics card, but if you have to choose between a $450 graphics card and an SSD or an $800 graphics card and no SSD, I'd take the $450 graphics card with an SSD (or preferably a few SSDs.)

The i5 is also a bit limiting. There's a lot of media related instructions supported on the i7 and i9 CPUs that are not supported by the i5, resulting in more work having to be done when things are offloaded to the CPU rather than CUDA cores. Overall this is probably a much smaller limitation than GPU and file I/O though.

15
What Beginner Video Editing Software Should I Use?
8
Professional text animation software
2
Software to add text from file
2
best software for multicam video production
4
How can I record audio & video synced with another audio file?
7
Most-efficient inexpensive way to speed/slow video track to sync with audio track?
3
Are these beginner's paid-for programs comparable?
1
Network video rendering
2
Creating a video from a text and an audio file
0
Is there a “fix” for Adobe Premiere Pro so it doesn't degrade sharp black lines and soften vivid colors?