Creating wave interference in After Effects

I want to create a wave interference in Adobe After Effects, such as

. I've already started with a radio wave, as shown below. 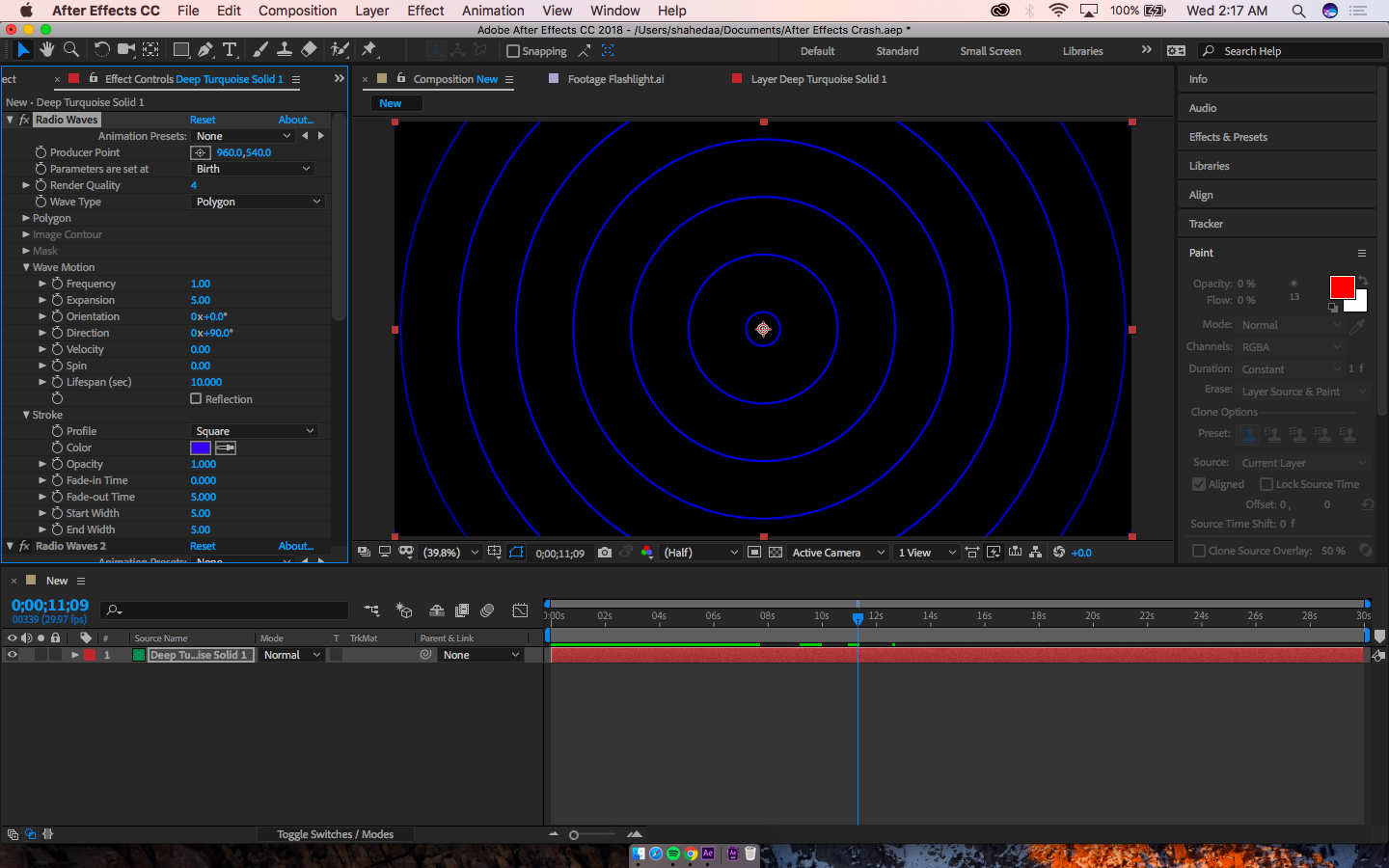 However, I'm not sure how to a) Make the wave interact with other layers, such as those below: 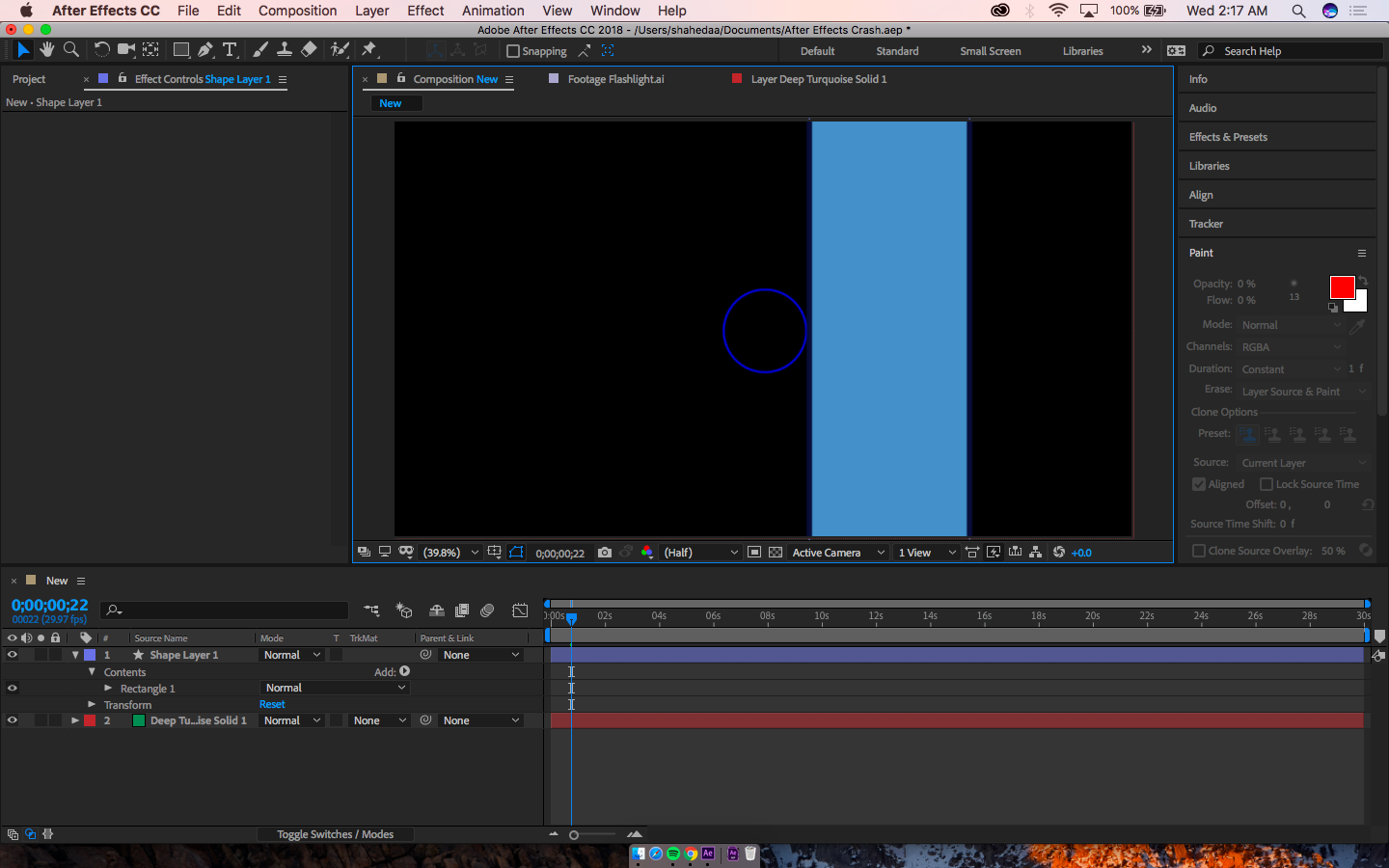 b) Make 2 waves interfere with each other

I think this requires a 3D effect rather than a 2D effect like Radio Waves. You might be able to achieve something like this using Trapcode Form.

Make a radio wave using a black background and white waves.. Make the white waves quite thick, and have the radio waves start on the left of the screen.

Precomp the radio waves into their own comp

Ini the outer comp, add a blur to make the waves fall off gently instead of being hard black/white transitions.

Duplicate the inner comp in the Project tab, to make a second unique version of the comp

Drag this second comp into your main comp

Edit the origin position of the second radio wave comp, so that the second one starts towards the right of the screen. 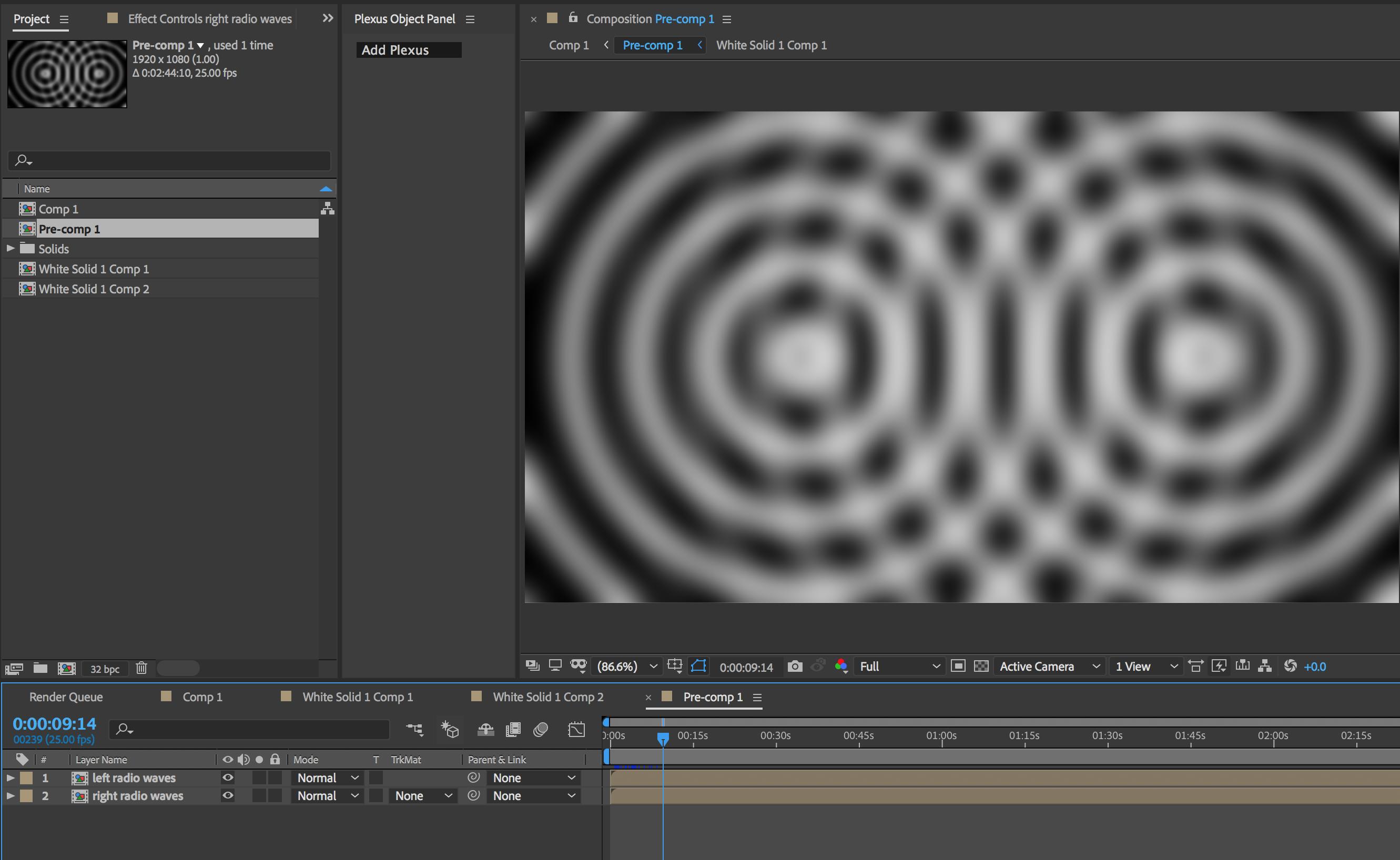 Make a new solid layer in your outer comp

Add Trapcode Form to it

Set it up using Strings, using settings as shown: 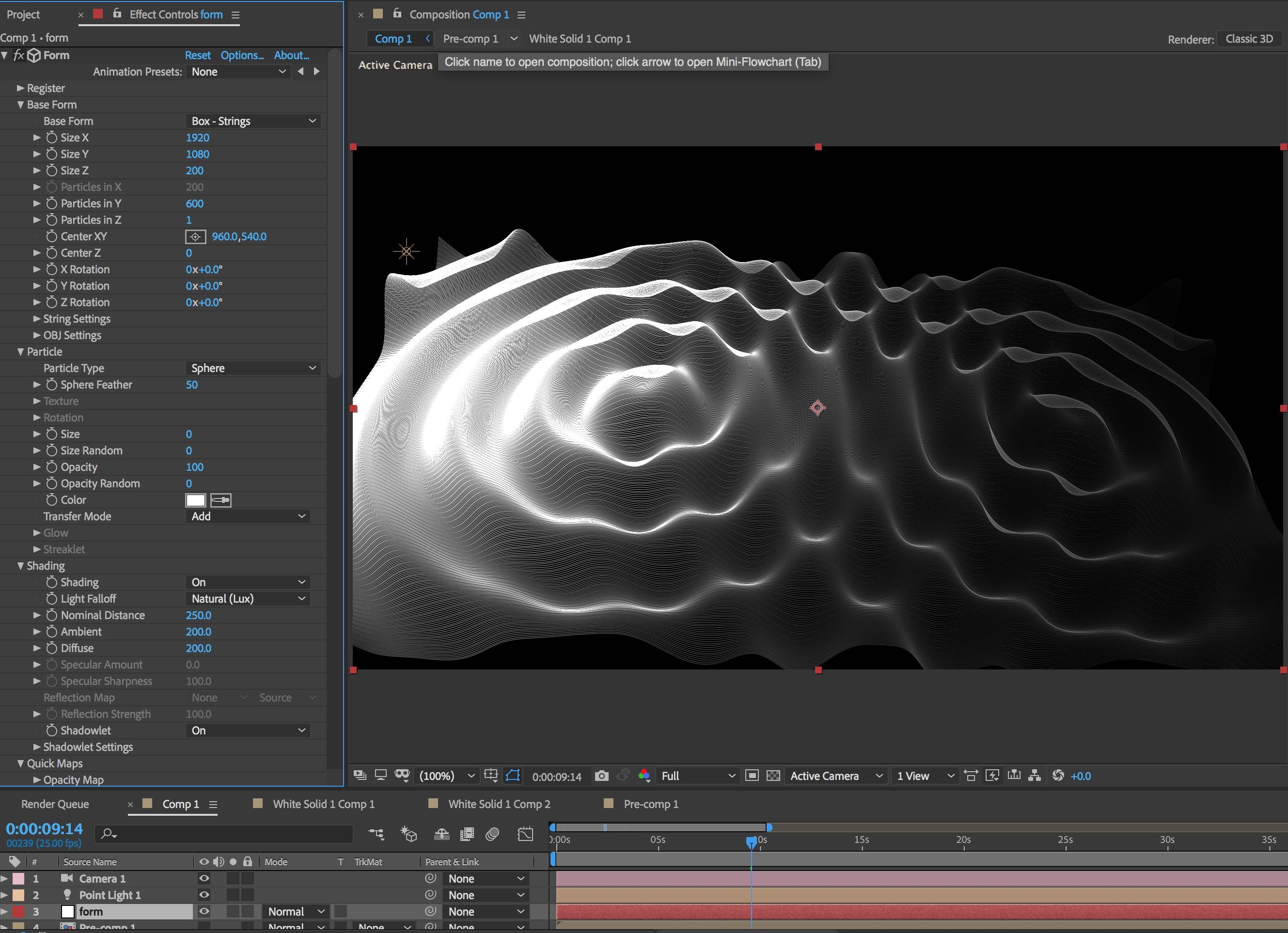