LED light temperature why does it matter?

My question if you are able to change the white balance of your camera why does it matter what your LED lighting temperature is capable of.

You can change the temp of the lights individually so that you can have different lighting on a shot.

The white balance will enable you to set your baseline lighting/colour profile and then you can hit the shot with different light temps to change the look of it (higher temp = bluer light, lower temp = orange light) - it's a similar principle to using different types of light/bulb.

So you light, set your WB for a neutral look, then change the lighting temps to alter the look/feel of the scene.

If I'm adding light to a scene that already has a light source - say I'm shooting near a window, and I'm adding a key or some fill light - I need to be able to match the colour of the existing light so that my light doesn't have a colour cast.

In the olden days, we were mostly stuck with tungsten (3200ºK) for artificial lights (unless you were using expensive HMI lights), so we'd have to add blue gels to our lights if we wanted to mix them with daylight (5400ºK), reducing the output of the light, and generally being a bit of a pain (ask a sound recordist, gels make a tonne of noise when they flutter). It's so much easier to just dial in the colour on an LED panel than it was to try and peg a piece of plastic film to the front of a hot light while balancing on a ladder.

Worth noting that the big disadvantage of LEDs is that the spectrum of light they emit is not as smooth as tungsten. Although they may appear white overall, if you look at their emission across the spectrum there will be peaks and troughs. This means that some colours will be brighter and others less so, depending on whether they're in a peak or trough, and this makes the footage harder to grade. The cheaper the LED, the worse this effect is. That's why the expensive LED lights aren't necessarily brighter, it's just that their colour is better (it's also why CFLs are rubbish for film). 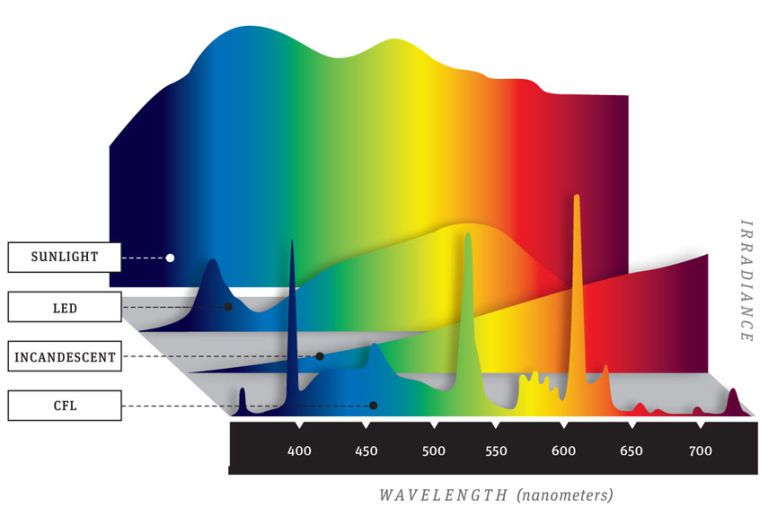 3
Music video lighting with small budget?
1
What's a good, cheap, piece of gear to start with when adding lighting equpment to your toolset?
2
White Balance/ Filters
0
Would this camera light solve a lot of my indoor shooting problems?
1
LED light types
2
How should I light two people teaching a dance video tutorial?
0
Lighting a subject far away from the camera
0
Health issues concerning video lights
1
Manual white-balance for non-neutral lighting