How were special effects added in movies like The Shadow ( 1994 ) when CGI wasn't around?

In the following trailer during 00:37 - 00:39 there is a face transition. It's speculated that it was combination of makeup and morphing.

Any idea how this was achieved?

If you are interested in fire overlay, than it can be done with different ways:

If you are about morphing of face, it probably was made same way, how it was made in Michael Jackson music video "Black & White"

You can read about it here. It was made on early computer with specific software. 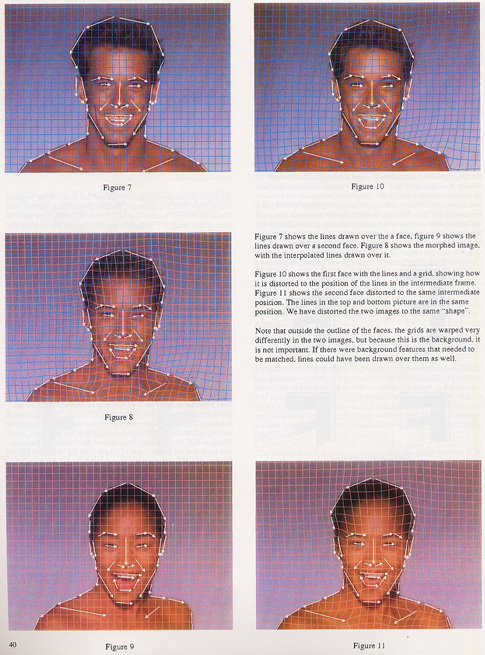 Oh, but you're very wrong that in 1994 CGI wasn't around. The very film you use as an example had a very extensive VFX and CGI credits list.

In 1993, Flame was already around being used on Silicon Graphics stations. It evolved into the software currently owned by Autodesk, and still one of the mostly used VFX suites in Hollywood productions.

One year before that, Jurassic Park was already in post production, with lots of CGI and software specially made for that film.

CGI has been around since the 70's

2
After Effects - Recreate a "distortion" or a special Radial Blur effect / Slowly pitch sound down
1
Special effects/post processing to make a black-colored light
3
How can I create floating objects in After Effects?
2
Video to Lens Flare on After Effects
2
Add 3D visual effects to videos