The auto-tracking feature did not do anything. I suspect that it only looks at the content of the clip it appears in, rather than the whole image. So, examples use it to blur a face (mask attached to an effect on a clip), while the common example of using masks to punch holes in a clip via the opaque control is silently ignored, and that is always illustrated without any tracking.

This seems like a common thing to do! So is there a different technique that I should be using to achieve this, or some trick I’m missing to make it work usefully?

My video of a band performance did not record the projected background slides very well, as you might expect. 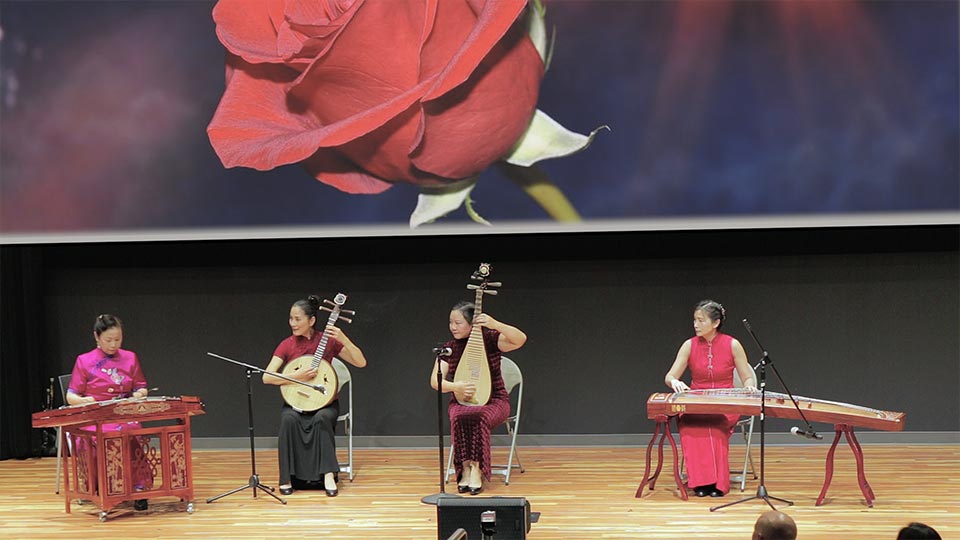 So, I imported the media that was being projected, and layered it on top of the recorded video. I used rotation, position, and scale of that clip to put it where it belongs.

That looks great, and I’m happy with the effect. But at the end of the performance: 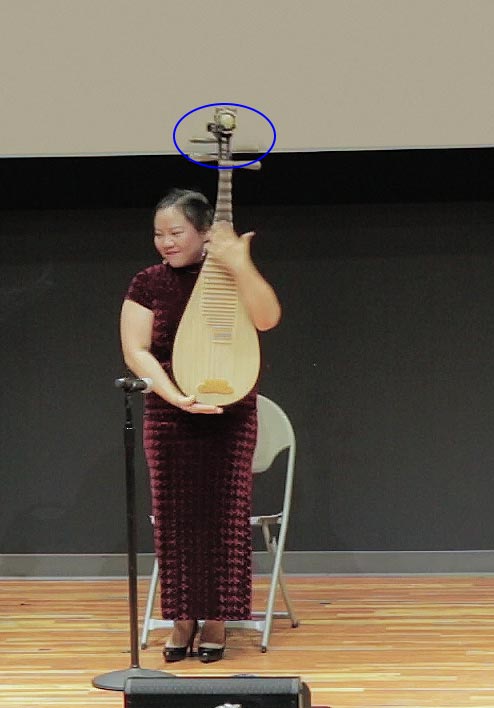 The top of the pipa blocks the screen as they take their bow and start to walk off. (See blue circle annotation on image above)

So, I added a mask to the opaque control for the screen, inverted mode, roughly outlining the incursion.

However, it would not automatically track. My guess is that the tracking logic looks at the layer or clip it is a part of, not the complete composite: the hole is in V2 and needs to track the object in V1. Or, perhaps it’s because the clip in question is a “basic graphics” thing, with the blank screen being a drawn rectangle.

For whatever reason, I had to do it completely manually.

Is there a better way to have done this?

Browse other questions tagged premiere tracking compositing mask or ask your own question.

1
Attach image to layer with tracking mask
1
Multiple masks in adobe premiere and RAM
1
Masks, layers, solids or multi composition to solve my problem?
1
Tracking mask in Davinci Resolve
0
Problem with Adobe Premier masks
1
Phone Video + 3D tracking spatial data for compositing?
0
Does any software have the capability to create a mask/alpha value based on the volume of an audio channel
0
FFMPEG - Apply opaque white with mask