How can I limit the audio up limit like this one in Premiere? Thanks in advice. 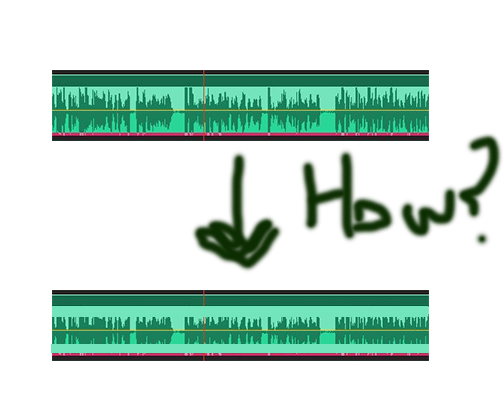 The second one looks hella clipped, isn't it distorting?

Anyway the effect you're after is unsurprisingly called a limiter. A limiter is a form of compressor, so a compressor can also be used, by setting the compression ratio high.

Premiere ships with a filter called hard limiter, and a compressor as well, but there are plenty more free and commercial VST limiter plugins out there, and scads of compressors if you want more knobs to twiddle.

3
How should I go about making 80's style graphics?
3
Quickest way to rate takes in Premiere?
2
How can I sync audio in Premiere with a comp in After Effects?
0
Making a picture slide-show in Premiere Pro
2
How can I manually set the LFE volume in Premiere's "Audio Track Mixer" panel?
1
How can I swap a Motion Graphic Template (mogrt) in Adobe Premiere?
1
Premiere Pro on Windows 10 N version - Can't import MP4
1
How does Premiere Pro keep markers on audio files even after export?