Upwards particle effect in After Effects

I'm getting started with After Effect and I want to make some simple music videos.

How can I achieve the subtle effect of this video video which shows semi-transparent upwards particles in a loop?

There are numerous options for particles in AE, without needing any 3rd party plugins. For example the CC Particle Systems II effect which is included with AE CS and later. A PDF manual for the cycore effects (all the CC-something effects that are included with AE) are here

If you add it to a layer you'll see this: 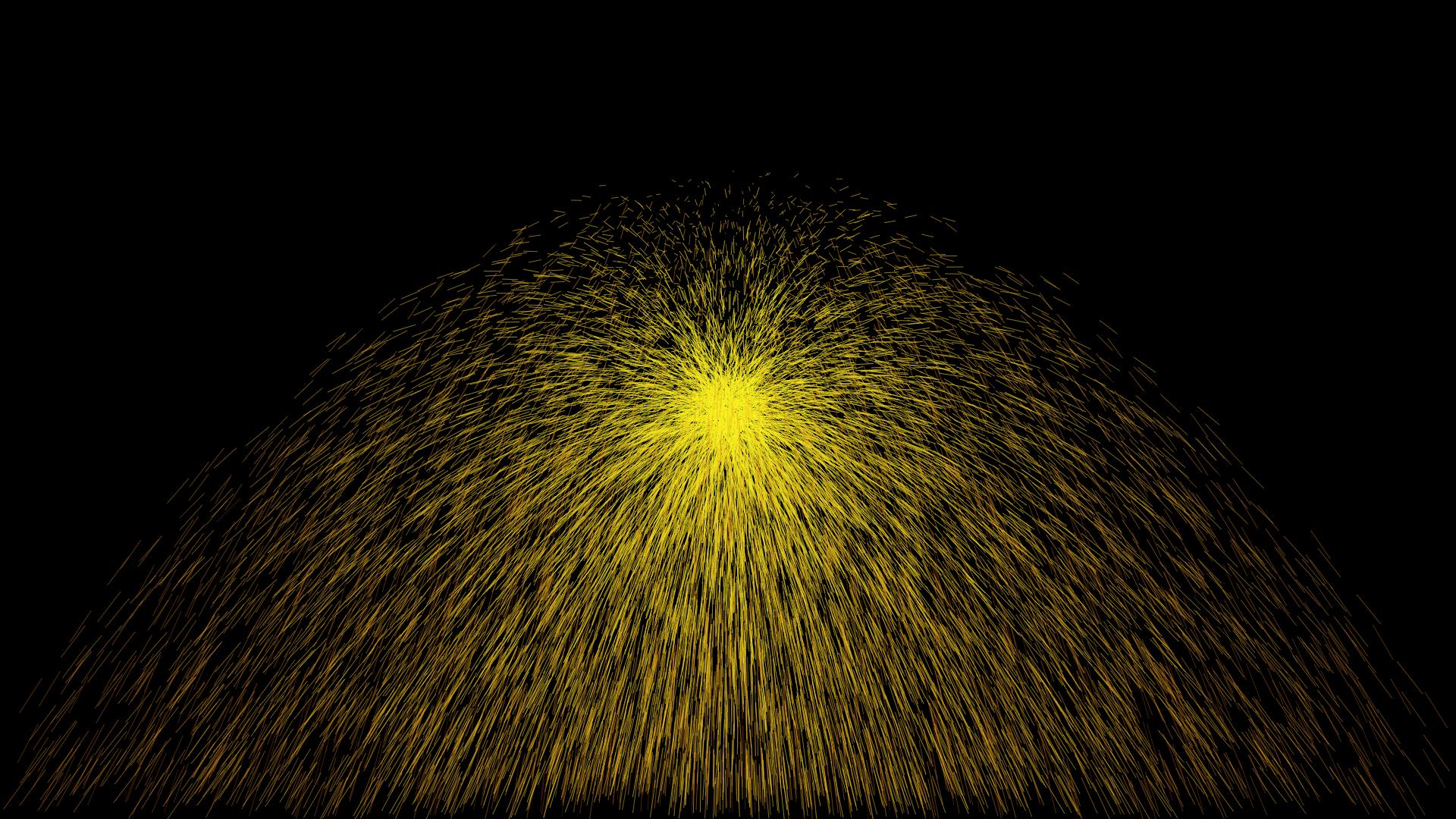 By default the effect produces particles exploding from a small spot, and they fall as if effected by gravity. We're going to change it to look more like what you posted. 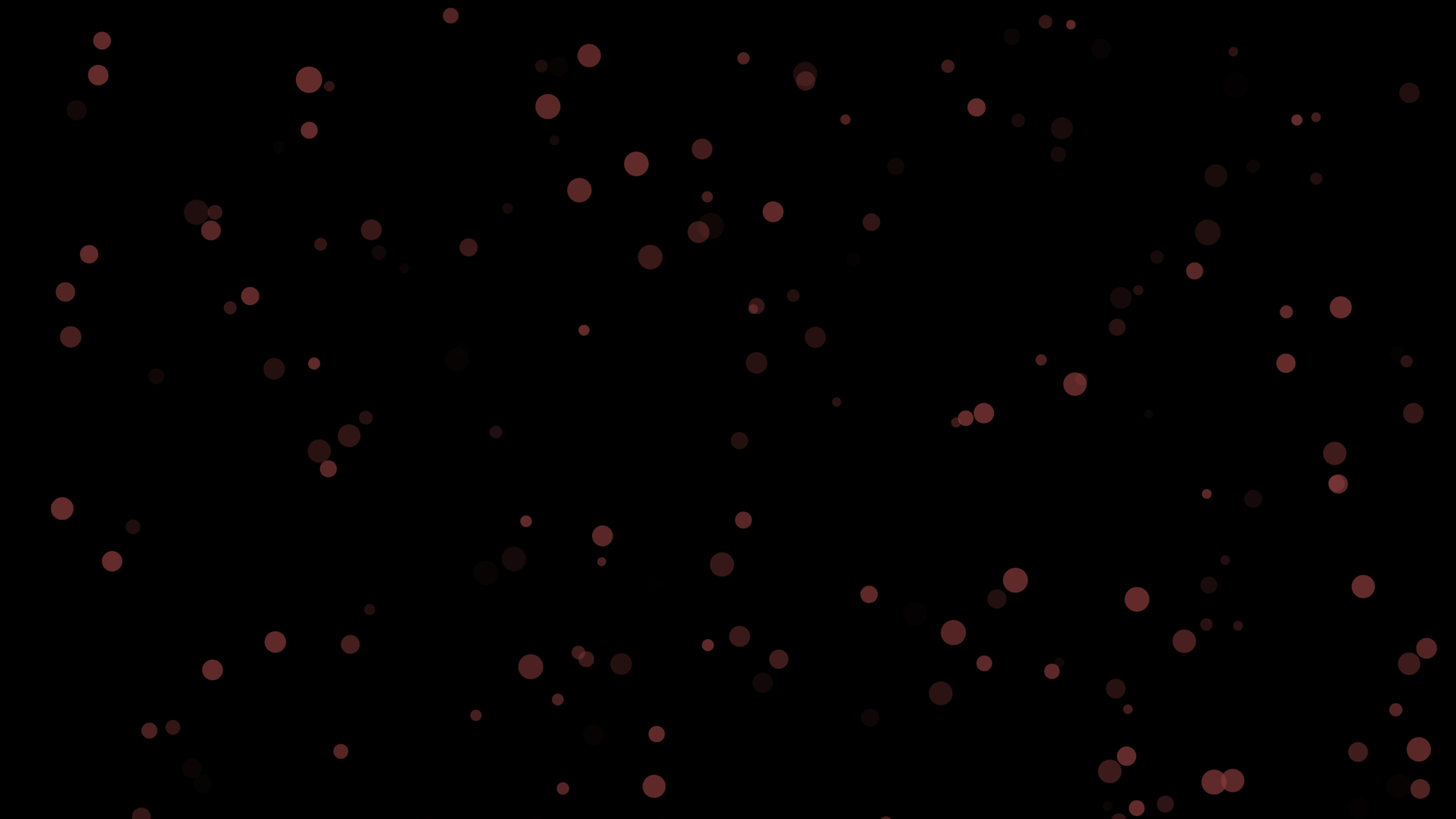 First, open up the effects control window, and work though the settings.

Change the producer size. This is the area from which the particles are produced. We'll mke it the width of the comp, without making it any taller vertically. So the Radius X will be 1920 for a HD comp. You might also want to wind down the birth rate, to say something like 0.1. Since we're making the particles move more slowly we'll need to increase their longevity. 15-20 seconds might be in the ball park for gently drifting particles.

They're shooting out of the producer at this point, so we'll turn that off. You do this in the Physics section, using the Animation drop-down. This sets the initial motion for the particles. For a more interesting movement you might try twirly. Twirly adds some random directional velocity, explosion adds velocity away from the producer, vortex makes them swirl around.

You probably want to turn the Velocity right down, maybe 0.1 or thereabouts. For a gentle drift we'll turn Gravity right down, and make it negative. I ended up using -0.25, see how you go.

Resistance acts like friction, slowing the particles down from their initial velocity. A little bit is probably good, but if you want the particles to all have random velocity you can leave it quite low, like 1 or 2.

Play with the physics until you get it to look right. Reading the manual is a start, but fiddling with the controls to see how they work is the best way. Once you've got them drifting gently upwards you might want to move the position of the producer down below the bottom of the frame, e.g a bit more than 1080px. Also, if you want the particles to be there at the start of the comp, slide the start of the layer a few seconds before the start of the comp.

Remember you can also add more effects before or after the particles to change how they look, eg, blurs, colour correction, distortion, and so on. You can change the opacity of the layer as well as its Blending Mode to change how it interacts with other layers. Go nuts!

Here's a screenie of settings that produce a good gentle swirling particle effect. Don't just copy them though, they literally took me like five minutes, so you could easily refine them. Try twiddling the knobs, just to get a feel for what they do. 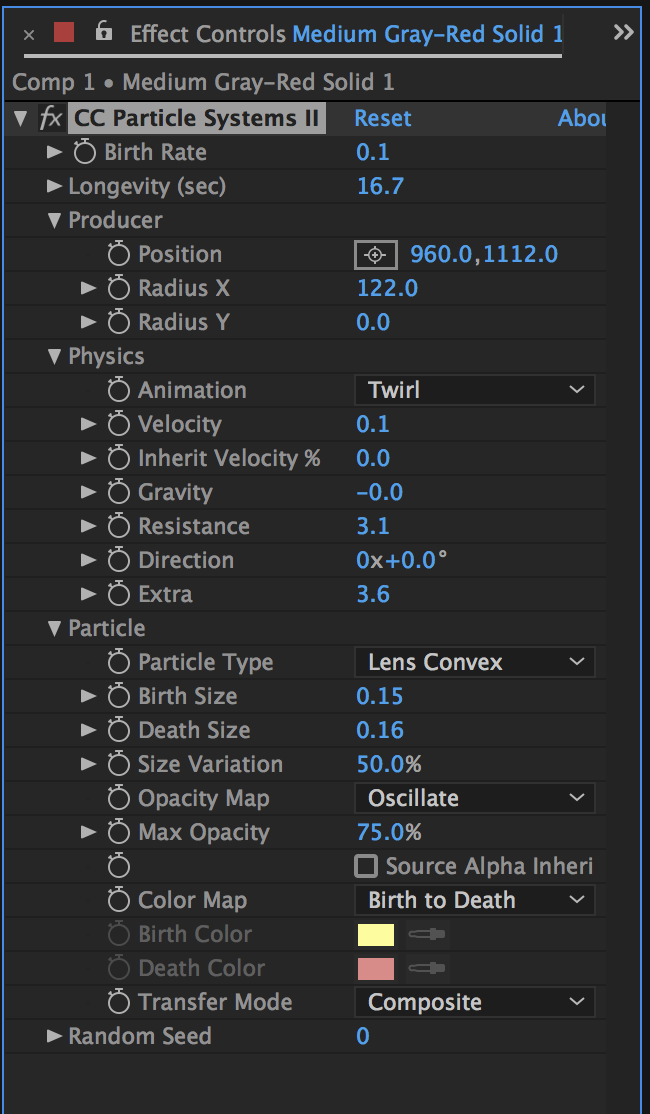 The plugin Particular would do this. It's by Trapcode.