So, I messed up and rushed into a project for work. Instead of giving my files good naming conventions, I worked off a generic file naming convention off the camera. Now I have many edits on premiere but if I want to rename my source files outside of premiere, I find I have to go one at a time.

Otherwise, if I batch rename them all at once I will have no idea what to relink to what in my project. I've searched and haven't found a solution other than renaming the files inside premiere and consolidating the project to copy to new location and selecting to rename media files to match clip names.

I don't like this solution because it means I'll have to use the new premiere files. Much appreciated.

I figured it out! It was super easy. 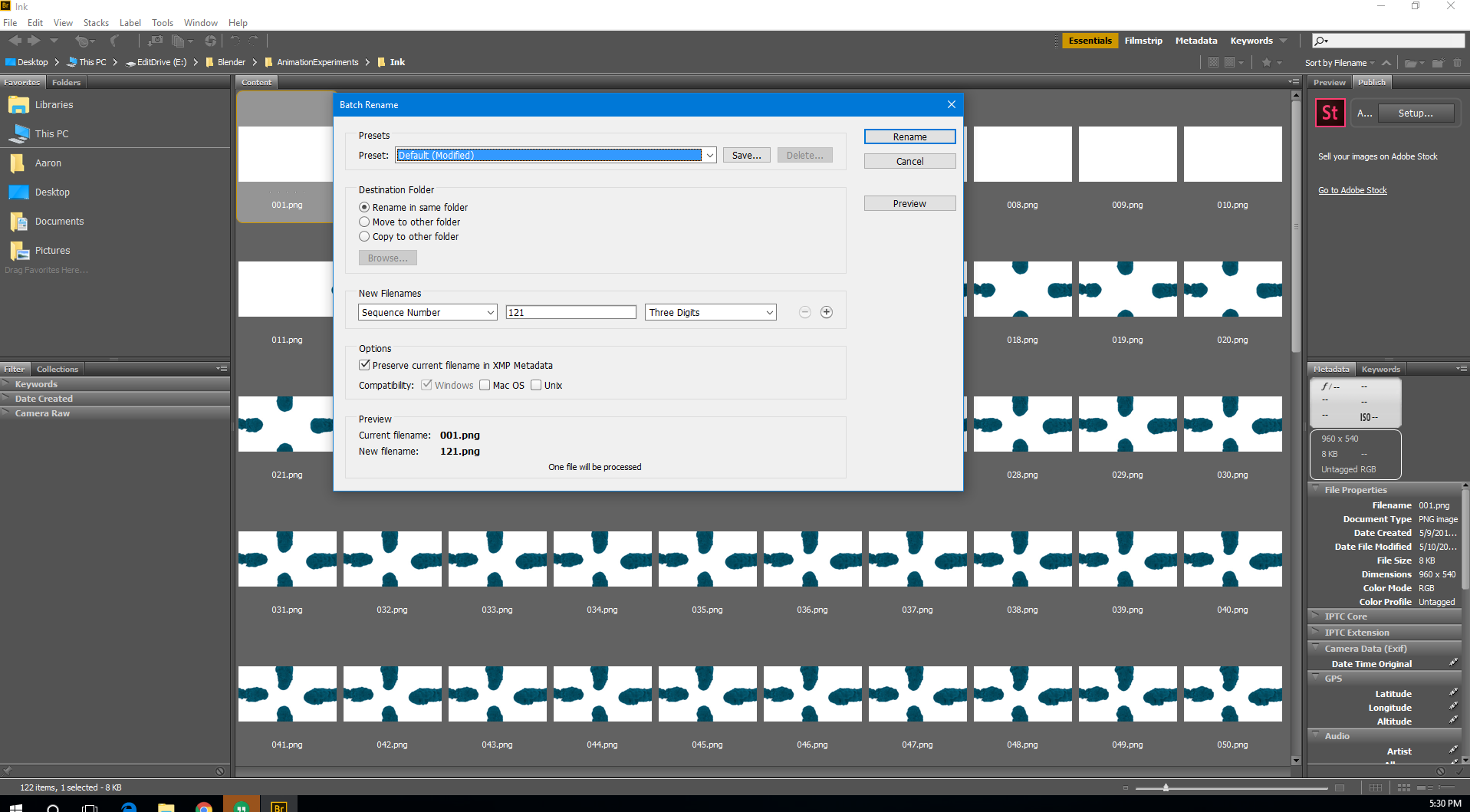 BUT before clicking rename, I first clicked preview and exported the CSV file and saved it somewhere safe. This file will help you remember the original file name. In this instance I will know that file 001.png was renamed to 120.png. This is very important. 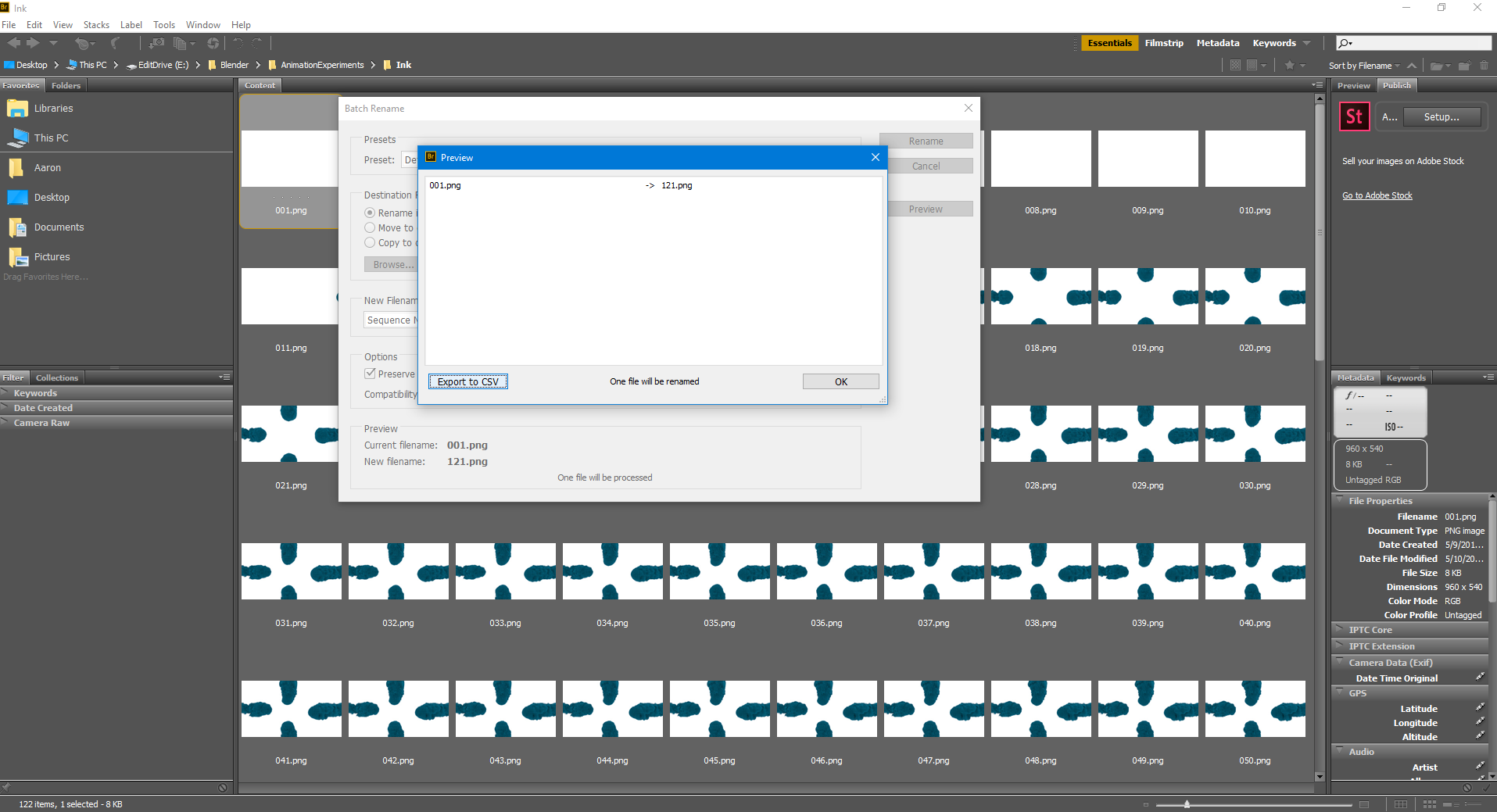 Now in Premiere, all your renamed files will go offline. If all your files in one location on your drive, this next step is very easy. Just link one file and if you can't remember what you renamed it to, the beauty is that you can quickly search your CSV file in many ways like excel. Then just relink your file to the renamed file that way. Premiere will recognize all your other renamed files because you preserved the XMP meta data. And that's it!

I'm afraid you're stuck where you're stuck. Doing a batch rename in bridge will break the links once you re-open the project in PPro... it's a shame they didn't offer a dynamic link for when doing batch renaming which kept the links in tact.

It is possible that using the Trim Project/Reduce Project (Trim for PPro / Reduce for AE) Feature would at the VERY least clear out the clutter. It would eliminate (not delete, just not compile into a new project folder on your disk) unused footage files - clips not in use I stress; and you would be only left with a new project folder that contains the footage/media which is actually used in sequences. Then, you could start working off of that new folder moving forward. Deleting unused/unneeded sequences would reduce this as well...

Chances are, you are only using a fraction of your clips; so this would be a away to at least minimize down the mess.

Then do a batch rename in Bridge on all your original assets, and re-import them into the new trimmed/reduced project.

I would recommend setting decent sized handles when you trim it down; because you may want to make changes to the clip in points and out points which ARE in use at this point.

That I think would be your best bet.

2
How to annotate specific parts of video in pre-production?