Adobe After Effects: Keying layers based on other layers

I have 4 video streams:

Now I want to key between either stream A1 or B1 depending on which is closer to the camera. Being a programmer myself I thought of solving this by running an operation on every individual pixel of the separate streams in order to generate the output video:

So I think I've worked out how you'd do it.

As you can see, no expense was spared with the render.

OK so in AE I make a comp with just the depth mattes in it. I set the blending mode of the top layer to Darker Color.

The darker color blending mode does this logic on each pixel:

This means the darker object will appear wherever two objects overlap That gives me this result:

Now we have to turn this into a matte for picture 1, where the black will be opaque and white transparent. To get rid of the parts of the comp that aren't relevant to picture 1 I put this comp into a new comp, along with another copy of depth matte 1, which I put on top.

I set the blending mode of the top one to Difference which can be though of as:

and this is the result:

OK, now I put this comp in a new comp with my colour images. This comp goes above image 1.

In this final comp I set the depth map comp as a Luma inverted matte for picture 1. Note that when you do that it turns off the visibility for that layer (see the eye icon is disabled on the top layer). This is the result:

Obviously there's a bit of a problem in that there are semi-opaque areas. So I need some sort of threshold. I could do this a few ways, but the way I like is with the curves effect. I apply curves to the top layer (the depth matte layer) like so: 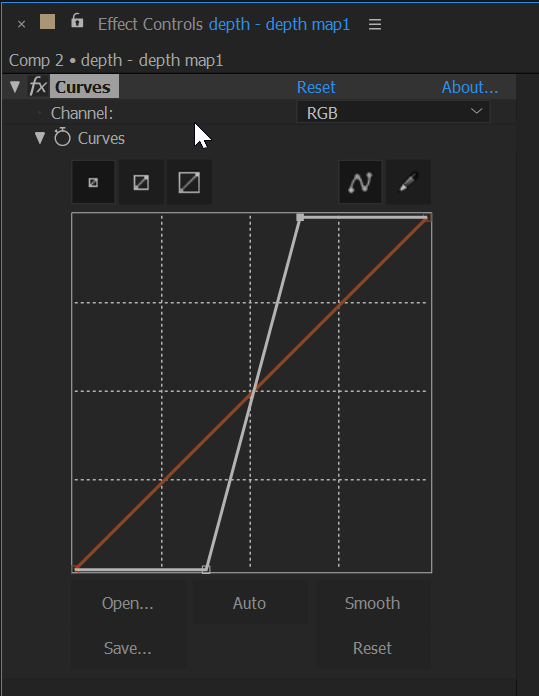 I originally set this to be a hard step at 50%, but that makes the edges of the matte super sharp, so I made it slope a bit around the mid-point. You can play with this to get it right. That's the advantage of using Curves instead of say the Threshold effect.

Finally I got this result, with the figures correctly sorted on the "z" axis: 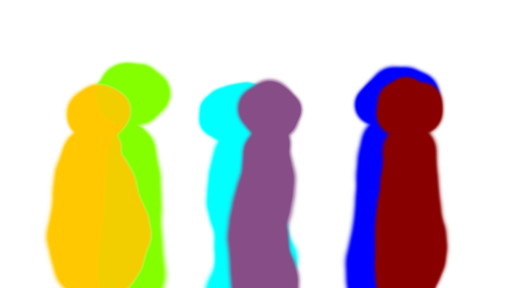 I hope this all makes sense, and that it works in real life. Thanks for the question, it was an interesting exercise.

I can't take the time to write the expression script now, but that would be your best bet. Writing an expression which could, perhaps reference a totally separate composition; which includes a key (color key/chart or luma key) with the values you want it to identify, then have the expression perform the action based on matching results.

You'd have to play with it to get it to work, but definitely possibly with some tinkering.

Not the answer you're looking for? Browse other questions tagged after-effects after-effects-expressions or ask your own question.