Can I digitalize a video with a RCA-Jack adapter? 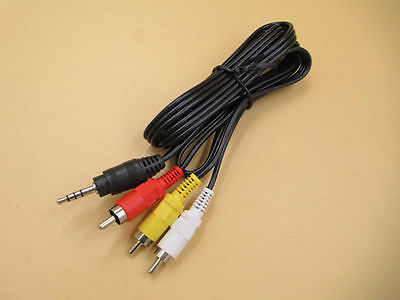 Would I be able to digitize my video with this AUX to Jack adapter?

I would run the casette on the video camera and use ffmpeg to get the Jack input.

The cable in the picture is an analogue cable, so it's getting an analogue signal from your camera. It's just a cable, so the signal at one end is exactly(ish) the same as the other. To digitise it you'll need a device to convert the analogue signal into digital code. There is a big range of these devices, from cheap USB dongles on ebay like this to broadcast standard boxes like this. The quality of hardware and software will vary, I'd hazard a guess that you'll mostly get what you pay for.

When looking for a converter you have to make sure that it is converting from analogue to digital. No cable alone can do this, it needs some sort of processing. Basically if you find something that has analogue sockets on one end (like the red white and yellow plugs on your cable, you call them AUX, but they're more commonly called RCA connectors. Professional equipment may have BNC connectors instead) and a digital plug on the other (usb, firewire, thunderbolt, etc. – but probably not HDMI because you generally can't record HDMI without specialised equipment) that you can plug into a computer then you're good to go.

Not the answer you're looking for? Browse other questions tagged digital-recording cable digitisation adapter or ask your own question.

3
Video Booth / Video Guest Book for Events
1
What's the minimum needed to make a video of my guitar performance with good quality sound?
0
Help reading analog video?
0
Canon video recording stopped automatically problem but new question not like the other ones!
0
What is the maximum length of Portable Recorder to Camera cable that is safe to use?