Blending images together to form a single exposure

I am trying to create a hyperlapse and I'm following a certain method that is mentioned in this post:

So if you now want it to look like you shot an image every 4 seconds, you have to take 2 seconds of video and blend the frames to form a single exposure.

I created a script that extracts out the images from each frame of the video via ffmpeg. Now, I'm trying to create a single blended image from each 2 seconds of video which was shot at 30fps. I have tried imagemagick but the results are ok. There is quite a bit of ghosting going on along with some other artifacts.

Here is the command I used:

I've also tried the median option but it came out even worse. Not sure if it works well if the camera is not fixed in one position.

I'm wondering if there are other options out there for blending images together. Am I on the right track with imagemagick?

Here is an example of a blended photo that has the green lights (from people carrying light sticks) that stays consistent throughout much of the video and ghosting on the left hand side.

Note: I am using the same gimbal as shown in the video. 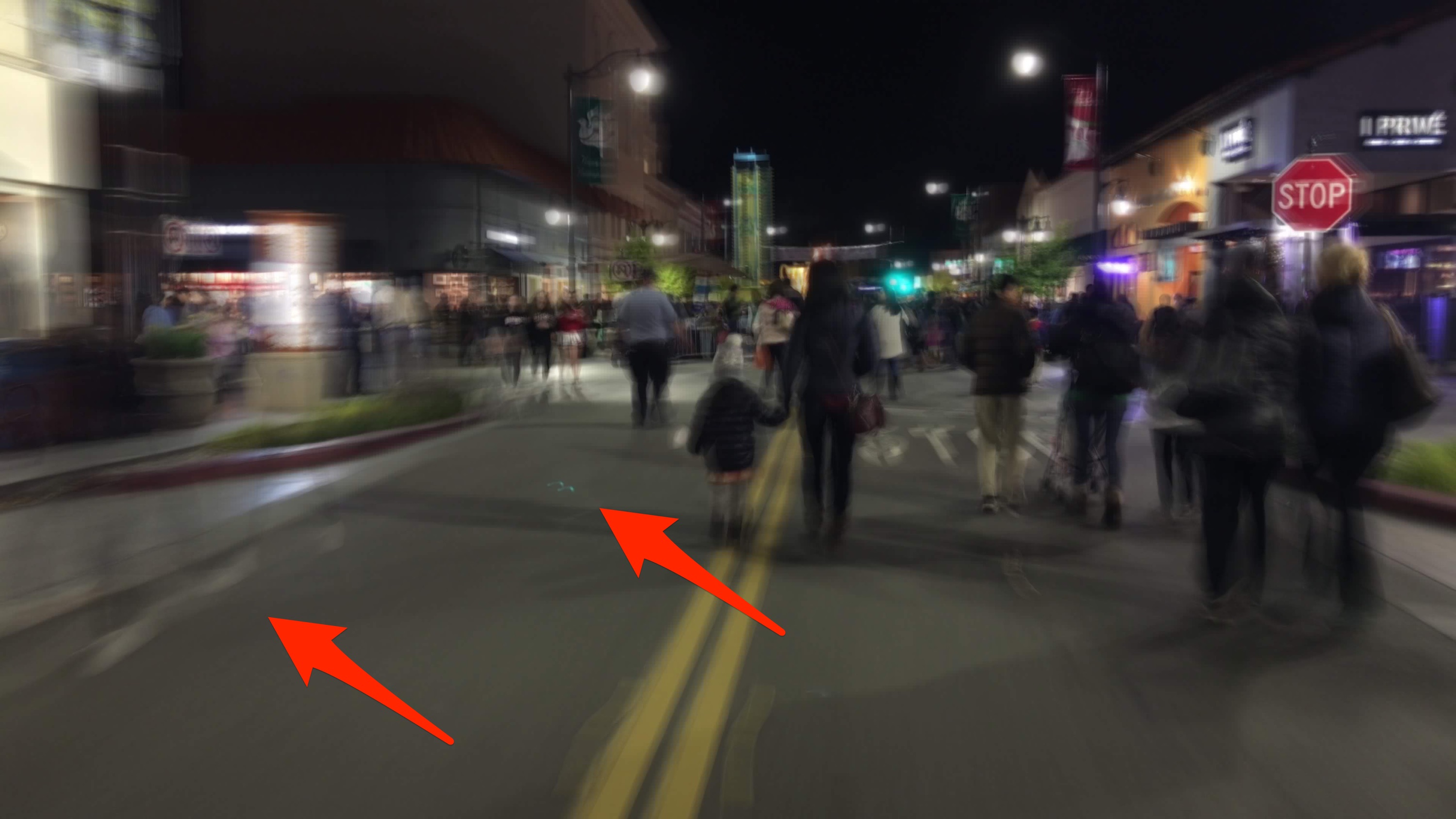 'Not sure if it works well if the camera is not fixed in one position.'

Correct. If you're doing time-lapse you need to have the camera stabilised somehow, or it's going to look wobbly AF. If the camera is moving in real time, then when you speed it up it will be moving 30 times as fast, so something that might look like a slow pan turns into a whip pan.

If you average out 30 frames then you're going to see partial exposures of everything in those frames, which means if something is moving rapidly you'll get a semi transparent 'ghost' of it - the less frames it is in, the more transparent it will appear.

The reason that video works well is that they're using an electronic gimbal to stabilise the camera—that's what they're showing off. Even though the frame is constantly moving there's enough that is consistent across the whole second to achieve a sharp frame, and the camera motion is stable enough that when it's sped up it's still fluid.

Not the answer you're looking for? Browse other questions tagged time-lapse or ask your own question.

2
Converting DVD to still images
4
Is it better to scale video or images when doing time-lapse?
3
How can I fix time-lapse image sequence exposure in Premiere?
4
software for frame images to video with changing framerate?
2
How to create slideshow/video from still images using a varying point of interest?
0
Quality of time lapse from images
4
How to smooth/correct sudden exposure changes caused by camera while filming?
0
Resize images for timelapse before editing or at export of finished video?