So I have to make a little commercial for a class at my college and it is a video of about 1 min. I already have the idea of how all is going to be but I'm worried that at the moment of the edition the quality of the takes sucks. There's no big equipment, just an i5 computer, a GoPro Hero 4 and a couple of phones that record at 4K. No lightning, or anything... I would like to get some tips to make it look as professional as it could be and no too amateur. It's just video, no voice or dialogs. I'm also using a couple of luxury cars, I want to take good takes of them since I want to record 'em at night and I think lightning there is going to be a problem. Any tips?

Your film needs drama. That is normally created by conflict or tension. Keep the story simple. It is better for your first film to be too simple than too ambitious.

But it must have drama.

Work out what your film will look like before you shoot. You don't need to storyboard, but you need to know what shots you want before you try to get them.

The "movie magic" happens when you don't get the shot you expected but work out what to do with the shot you got. So don't do 20 takes of the car turning a corner to get it "just right". Get it "good enough" and move on.

For a commercial style film you want a cut every 1 to 4 seconds. So you'll need between 15 and 60 shots. Do not make exactly 15x 4 second shots. Vary the length of shots.

Don't shoot at 4K on the phones, you don't need the file sizes and post production hassles. Shoot 1080 or 2K at the most.

You will need some lights if you are shooting at night. Even if it's just to balance the streetlights, headlights or fill a face.

As a minimum you can use an app on 2 or 3 phones to generate light (different colours may be good). These are good for filming the occupants of the luxury cars. It looks really fake but everyone is used to lights in the front seat so you can see the drivers face look

Also consider getting some small battery powered LED lights from a discount store. These are cheap and can help throw some light on a dark shot.

I've used an LED bat light effectively. The wings can be angled, it has a magnet on the spine to stick to a car or metal stand and has a hook to hang it from a wire. 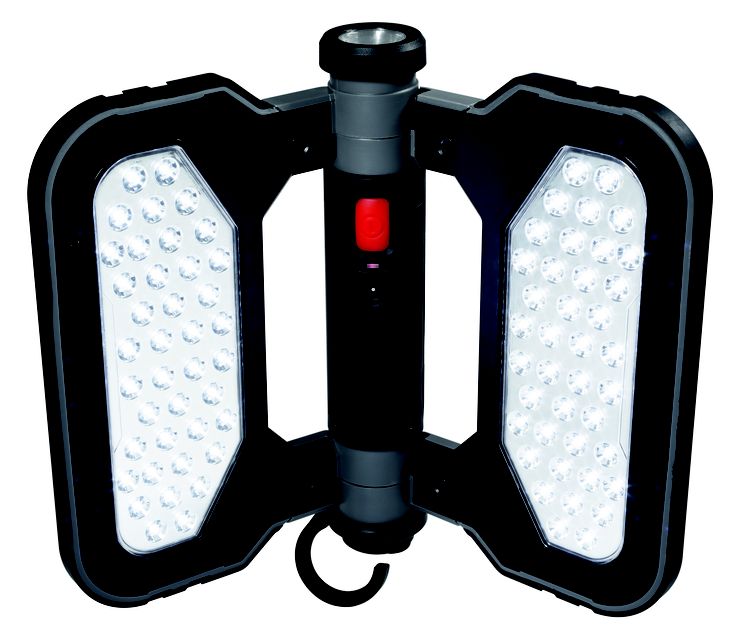 So you've got streetlights, headlights, phone lights and apps and LED's. That should be a start.

The minute you said "no lighting" you violate the premise of "look as professional as it could be and not too amateur". Lighting is not only about ensuring there are enough photons to actually record decent image on the camera's sensor. Lighting defines highlights and shadows, contrast ranges, areas of focus and mystery, etc. It is almost impossible to overstate how important lighting is to the look of an image. The understanding of lighting, and use of that understanding in the control of lighting, is perhaps the single greatest factor that separates professionals from amateurs and professional-looking results from amateur-looking results.

Not the answer you're looking for? Browse other questions tagged video production 4k or ask your own question.

4
What does a phantom technician do on a production set and why would a director need one?
4
Tips for making multiple video shoots appear Continuous in color?
1
Little skip in webm videos joined with mkvmerge
0
How to start a freelance editing company?
0
Video production client contract
2
How to remove little camera movements
1
What is the drone for a low budget production
0
Any tips how to increase editing speed on Premiere Pro?
0
Is there a microphone / video setup that requires little to no post-production?