How to help warp stabilizer focusing on the right object?

I'm making a time lapse video. Due to the specific circumstances, the camera is shaking a little when taking the time lapse photos, which is slightly noticeable in the video. In order to remove the shake, I'm using warp stabilizer effect in Adobe Premiere Pro, which works very well.

In one scene, the primary object—a flower—is shaking under the effect of the wind: this movement is expected. What should be still, on the other hand, is the background: a field and some trees which are far enough from the camera for the wind effects to be noticeable.

However, warp stabilizer imagines that it's the object which should be stabilized, meaning that once the effect is applied, it's the background which is now moving relative to the object. 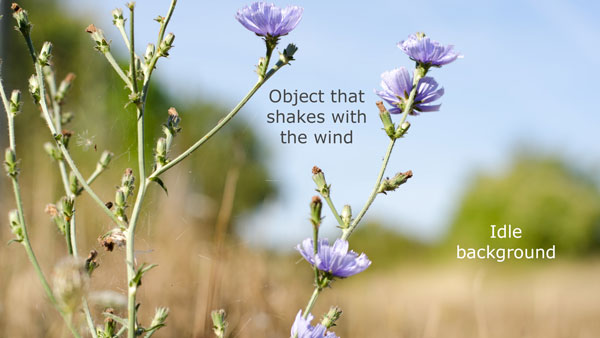 That creates a very weird, crazy looking scene, but aside its artistic value, I want warp stabilizer to focus on getting the background still, while letting the foreground object move because of the wind.

How do I tell warp stabilizer what zone should not move in the final video? 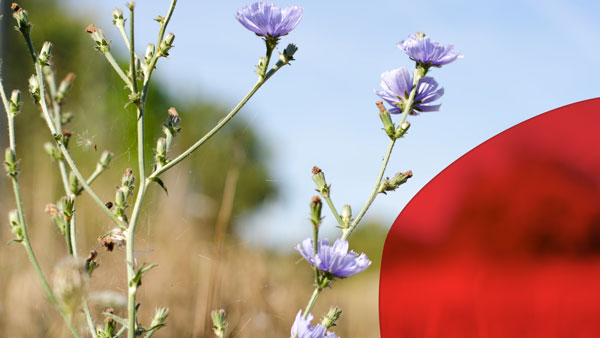 If warp stabilizer effect doesn't have this feature, how can I help the effect to get it right if I have to shoot the time lapse again? For instance, would it help to include a ruler in the photos as a reference of a stable object (the ruler then being cropped after applying warp stabilizer effect)?

You'll need to do this in After Effects, using the Tracking feature, where you add tracking points to specific points and then it crops in a bit and does the same magic.

The issue with your footage is going to be the fact that your background is outside of the hyperfocal, by far. So I can't see even AE being able to track that.

To solve, for your next shoot, put a stick in the ground, with a dot, like a piece of bright spike tape.

But Premiere won't do this well, and because your shot requires the background to be stabilized, which is a total blur, it's going to be tough, if not impossible.

I use long workaround in Premiere and it works for all sorts of stabilizers not only for warp (I use 3rd party).

What I do is masking out unwanted object. But you cannot do that on same clip, since Premiere will serve naked frame to the stabilizer tool. So what I do is put some effect on clip that masks moving parts. It can be title, power window, crop, or draw a mask in newer Premieres. Whatever suits you and track with a shot.

Then you make Nested sequence out of this clip and put stabilizer on that. It will be served with image that is masked out. Not track clip. When done, just go back to original clip inside Nested and tick masking effect off (disable png, or whatever). It will be clean image again and properly done. If You need to change something and re-process it, just enable the underlying effect again.

It is dirty and fiddly but that is how I did it well before Warp was added to premiere with other tools. I would like that would be implemented in the tool itself. Free tools on internet all have masking, but premiums do not bother to serve us better.

Not the answer you're looking for? Browse other questions tagged premiere effects stabilisation or ask your own question.

2
Choosing the right format/codec for export
3
Choosing the right program for video editing
3
Smoothcam filter vs Warp Stabilizer
2
How is each type of video camera stabilizer different?
3
Warp stabilizer in Premiere Pro cuts off most of the image
0
Changing the effect of a certain object but not anything else
0
Make the object stay at the centre of the video
1
How to Fix Warp Stabilizer Incorrect Rotation
0
How to split an object in a video